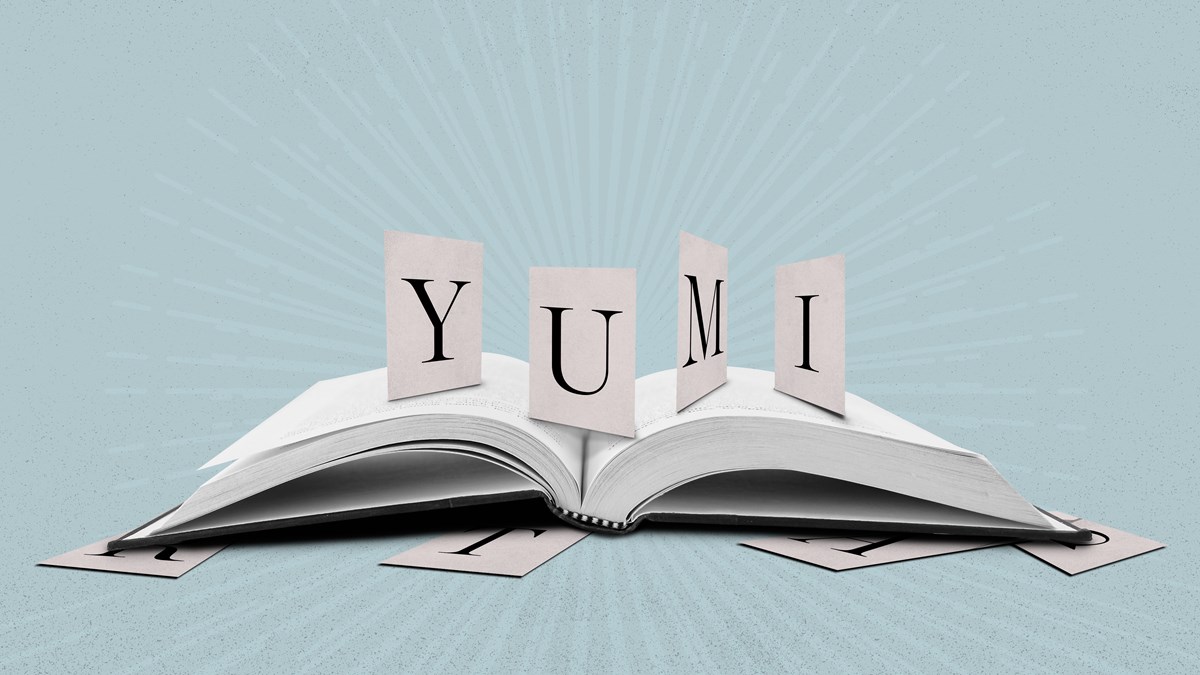 You’ve probably read the articles about foreign language words that don’t have an immediate equivalent in English. As a German, I immediately think of schadenfreude, that seemingly untranslatable term for, well, schadenfreude — the guilty joy you feel in someone else’s misfortune. Congratulations to you virtuous native English speakers for do not have your own word for that smug feeling.

Other foreign words are also seamlessly integrated into everyday life, such as Swedish mediatorfinnish saunaor Italian Pizza. There are many more, of course, especially in a language like English which derives its unusually large dictionary from the treasure chests of many languages.

Then there are the words that have not yet entered the English dictionary, although they have gained notoriety as beautiful but untranslatable terms. (As a translator, I’ll add that “untranslatable” isn’t quite true. It’s just that we don’t have a word-for-word equivalent.) This includes terms like Danish hyggewhich alludes to a feeling of cozy comfort in the company of others, or the Finnish sisu, the concept of hidden inner strength in times of adversity. These words enrich our view of the world and offer insight into their cultures of origin. (Again, I apologize for schadenfreude!)

What if we could similarly break down language barriers to see how other languages ​​and cultures see God through the language they use? For nearly five years I have been collecting and curating data on how languages ​​around the world translate the Bible in different and often insightful ways. Here are some examples of words I wish I had in English to understand and communicate more deeply with God:

1. Mar: choose one thing and one thing only (Teribe)

English has a richer vocabulary than most when it comes to translating the Greek word pistis both as “faith” and “belief”. But the power of these words as a testimony of faith is weakened by their non-Christian usages in English (“I think it’s going to rain tomorrow” or “I have faith in you, young man!”). I wish we could introduce a powerful term for faith like “Mar”, used in Teribe, an indigenous language spoken in Panama. It means “to choose one thing and one thing only”. It is the radical Christian faith.

When John refers in his Gospel to Jesus as the Word, it is a powerful echo of the act of creation in Genesis where God pronounces the existence of the universe. John probably wanted us to make this correlation, but it’s just one of many. In fact, its original Greek term, Logosis a central concept in Greek philosophy, encompassing a wide range of meanings that through the centuries has included reasoning, the principle that permeates all reality, and the intermediary between God and the cosmos.

It is easy to see how powerfully this term expressed the truth about Jesus Christ, building a significant bridge to the larger culture to which it communicated. It is possible that no language has ever found a perfect translation for Logos, but Chinese Bible readers encounter a translation that might be just as robust. Most Chinese Bibles translate Logos like Dao, the central term in all Chinese religious and philosophical traditions to describe reason and a path to the right to live. Surprisingly, it also means “speech”. In a remarkable superimposition of two different but very rich and ancient cultures, Dao paves the way for us to understand John’s original message more deeply.

Some languages ​​have a distinct advantage over English (and Greek, Hebrew, and Aramaic) in their pronouns. English speakers use ambiguity webut many languages ​​distinguish between an inclusive we (“you and me and possibly others”) and an exclusive we (“he/she/them and me, but not you”).

For example, the disciples ask Jesus on the ship during a storm, “Master, do you mind if we perish? (Mark 4:38, ESV). But who is included in this perishing “we”? Speakers of Fijian, Tok Pisin, and hundreds of other languages ​​are compelled to make an inference in this case (and 2,352 other cases in the Bible), with profound theological implications.

Do the disciples believe that Jesus could also die? Is his sharp rebuke that follows based on their belief that he might actually die? Translation teams have different interpretations, but Tok Pisin translators chose inclusion Yum include Jesus among those who might perish. They noted that the disciples had waited against their better judgment and existential fears until they felt the danger to Jesus (and themselves) was too great not to awaken him.

4. Dios y’ayucnajtzcapxɨɨybɨ: the launcher of words of God (Coatlán Mixe)

In secular usage, a prophet is someone who predicts the future. In the Bible, however, the prophets go beyond predicting the future to proclaiming God’s words now. Readers of the Bible in Kuna, a language of Panama and Colombia, understand this broader meaning when they read a prophet as “one who speaks the voice of God”. The Ekari Christians of Papua New Guinea call a prophet “one who speaks under the divine impulse” (gokobaki tijawiidaiga wega-tai). And readers of the Coatlán Mixe Bible in Mexico have the privilege of encountering a particularly vivid term in “God’s Word Thrower.”

Love is an abstract name; it does not designate an object (like table Where tree) but refers to a quality or an idea. Greek and English are full of abstract concepts like love, but many other languages ​​cannot support abstract nouns without a person or thing attached to them. So what to do with a central text like “Love is patient; love is good; love is neither envious nor boastful nor arrogant” (1 Cor. 13:4, NRSV)?

When translators of the Tezoatlán Mixtec Bible in southern Mexico were forced to try to understand the context of this passage, they realized that the text was not speaking of an intangible, undemanding quality, but of living love. -towards peoplemagnetpeople. Translation consultant John Williams said the context “led [them] to conclude that 1 Corinthians 13 is not a love poem, but rather a rebuke to the Corinthians, showing how they did not love each other. Accordingly, the colloquial English translation of “Love is patient” sounds very different when back-translated from Tezoatlán Mixtec: “What we love others is that we give them strength within. ” I wonder if the Mixtec ministers of Tezoatlán are less likely to use this gritty passage in weddings than the celebrants who read our more abstract and romanticized English version?

You may have a hazy memory from your French, Spanish or German class in high school about two different ways of addressing people – with a formal or informal form of you (you vs you, you vs worn out, from vs Sie). English had that too (you vs you), but it was discarded some time ago from the active vocabulary. French, Spanish, and German Bible translations all use the informal you all along. But translators from other languages ​​found it unnatural and confusing to omit a distinction used in their everyday speech.

Since the Greek text itself provides no immediate clue as to which form of address to use, translators must analyze the social status of the main characters in each situation, especially in the gospels and the book of Acts, to make decisions about how to translate.

In Tuvan, a language of south-central Siberia, the disciples of Jesus speak to him during his ministry with the official address. This is understandable because Jesus is their teacher, and we expect disciples to address their teacher with respect. But it might be surprising: After the resurrection, his disciples speak to Jesus with the informal youindicating a new intimacy with their risen Lord and Saviour: “Lord, you know that I love you” (John 21:16).

Jesus’ friends, Martha and Mary, were brothers and sisters. This is what the Greek text tells us. What neither Greek nor English tell us is who was older and who was younger. For hundreds of languages, this is a vitally important detail because they have no words for “just” brother or sister; their words must indicate the order of birth.

The vast majority of translators of these languages ​​refer to Mary as the younger sister of Marthe. Why? Because Martha is usually named first, and she’s the one doing the housework. Are these irrefutable facts? Not necessarily, but they are the result of careful analysis of the text and detail that strengthens our understanding of Jesus and his ministry.

Do you remember the story from the Gospel of Luke where Jesus had 12 turtles? It’s unlikely, unless you’ve read the Bible in Aekyom, a language of Papua New Guinea. People who speak this language count their age by the number of times the river turtles come to lay their eggs on the banks. So when Jesus went to Jerusalem with his parents, he had 12 turtles. Imagine the wealth of Methuselah’s turtles!

The Hebrew word Chakam resulting in wisdom in English is the heart of the book of Proverbs. But his wisdom is not only intellectual and philosophical; sometimes it is also practical, ethical or religious. Most people cannot adequately express the rich range of meanings encompassed in this single term. wisdom, but the approximately 40,000 Highland Tzeltal speakers in southern Mexico can. They use three different terms to refer to the different types of wisdom in the book of Proverbs: P’ijil-o’tanil is the “wisdom of the heart”, p’ijil c’op means “word wisdom” (also used for knowledge), and p’ijil jol is the “wisdom of the head” (also used for preview Where agreement).

Human language is a marvel, which opens paths to remarkable spiritual intuitions. Each successive glimpse of the global conversation between speakers of thousands of languages ​​and God can enrich our understanding of who God is and how he works in our lives today. As Ngäbere speakers in Panama and Costa Rica might say, may the Holy Spirit use these new teachings to “engrave your spirit” with the wisdom of the heart, the wisdom of the words, and the wisdom of the head of God as you do the hard work of loving others.

You can find all of these examples and thousands more in the United Bible Societies (UBS) Insights and Perspectives on Translation tool at tips.translation.bible.

Jost Zetzsche is a professional translator living on the Oregon Coast. Since 2016, he has led UBS’s Translation Insights and Perspectives (TIPs) tool. His latest book is Meet bare bone Christianity.