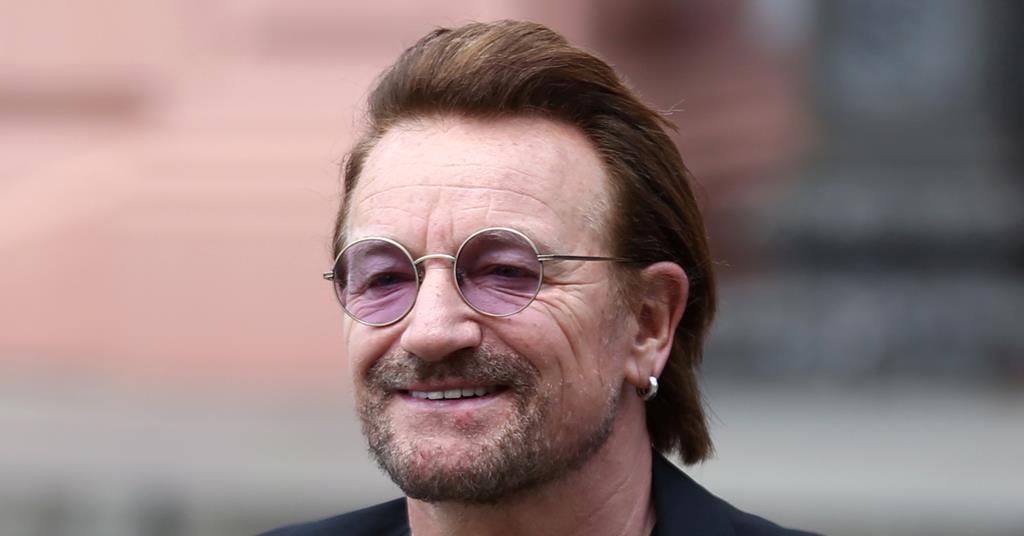 “I like the idea of ​​the sacrificial Lamb…The purpose of Christ’s death is that Christ took on the sins of the world, so that what we have extinguished shall not come back to us, and our sinful nature do not come back to us. reap evident death. That’s the point. That should keep us humble. It’s not our own good works that get us through the gates of heaven. (From Bono on Bono)

2. To experience the presence of God

“I just go where the life is, you know? Where I feel the Holy Spirit. If it’s behind a Roman Catholic cathedral, in the quiet and incense, that suggests the mystery God, in the presence of God, or in the bright lights of the revival tent, I just go where I find life. I see no denomination. (Excerpt from an interview with Christianity today)

3. Why Jesus won’t leave you alone!

“Jesus doesn’t let you off the hook. The scriptures don’t let you off the hook that easily…When people say, you know, ‘Good teacher’, ‘Prophet’, ‘Really nice’.. . That’s not how Jesus thought of himself, so you’re left with a challenge, which is either that Jesus was who he said he was, or a complete and absolute case of being nuts… You have to make a choice about it. And I believe that Jesus was, you know, the Son of God.” (Excerpt from an interview with Focus on the Family)

4. Why church music should be better

“I remember the Church of Ireland psalms when I was a child. I remember thinking ‘big words, shame for the tunes’. Except for ‘The Lord is my Shepherd’ which was a big tune and I really liked that. [The Psalms] to have this brutality and brutal honesty… the pslamist is brutally honest about the explosive joy he feels and the deep sadness or confusion. I often think, ‘gosh why isn’t church music more like that?'” (From his conversation with Eugene Peterson)

“It’s a mind-boggling concept that the God who created the Universe could seek companionship, a real relationship with people… At the center of all religions is the idea of ​​Karma. You know, what you emit comes back to you; An eye for an eye, a tooth for a tooth… It is clear to me that Karma is at the very heart of the universe. I am absolutely sure of it. And yet, comes this idea called Grace to turn everything upside down this “As you reap, you shall sow” thing. Grace defies reason and logic. Love interrupts, if you will, the consequences of your actions, which in my case is very good news indeed, because I I’ve done a lot of stupid things. It’s between me and God. But I’d be in big trouble if Karma were to finally be my judge. I’d be in deep shit. That doesn’t excuse my mistakes, but I’m holding on for Grace. I maintain that Jesus took my sins on the Cross because I know who I am, and I hope I don’t have to depend on my own religion. giosity.” (Of Bono on Bono)

“There is nothing hippie about my image of Christ. The Gospels paint a picture of a very demanding, sometimes divisive love, but love is. I accept the Old Testament more as a movie of action: blood, car chases, evacuations, lots of special effects, the dividing of the seas, mass murder, adultery. God’s children run amok, wayward. Maybe that’s why they are so close. But the way we would see it, those of us who try to understand our Christian The conundrum is that the God of the Old Testament is like the journey from a stern father to a friend. When you are a child, you need clear instructions and strict rules. But with Christ, we have access to a one-to-one relationship, because, as in the Old Testament, it was more a relationship of adoration and awe, a vertical relationship. In the New Testament, on the other hand, we look at a Jesus who seems familiar to us, horizontal .” (From Bono on Bono)

7. What it means to be a Christian

“We have a pastor who told us, ‘Stop asking God to bless what you’re doing, Bono.’… He said, ‘Find out what God is doing, because it’s already blessed.’ .When you align yourself with God’s purpose as described in the scriptures, something special happens in your life.” (Excerpt from an interview with Focus on the Family)

8. The biblical view of poverty

“It’s no coincidence that in scripture, poverty is mentioned over 2,100 times. It’s no accident. It’s a lot of airtime. You know, the one time Jesus- Christ passes judgment, it’s about the poor. you’ve done it to the least of my brethren, you’ve done it to me.'” (Excerpt from Bono’s speech at the 54th breakfast national prayer service in America)

9. Why religion can get in the way of God

“One of the things I learned from my father and my mother was the feeling that religion often gets in the way of God. For me, at least, it got in the way. See what religious people, in the name of God, did to my native land…and in this country, seeing God’s used car salesmen on cable TV channels, offering indulgences for money…in fact, all over the world, seeing the self-righteousness flowing like a mighty stream from certain corners of the religious establishment… I have to admit, I changed channels. I wanted my MTV. Even though I was a believer. Maybe because I was a believer. (Excerpt of Bono’s speech at the 54th National Prayer Breakfast in America)

“What is so powerful about the Psalms is that in addition to being gospel and songs of praise, it is also the Blues. It is very important for Christians to be honest with God, which often, you know, God is much more interested in who you are than who you want to be.” (Excerpt from an interview with Focus on the Family)