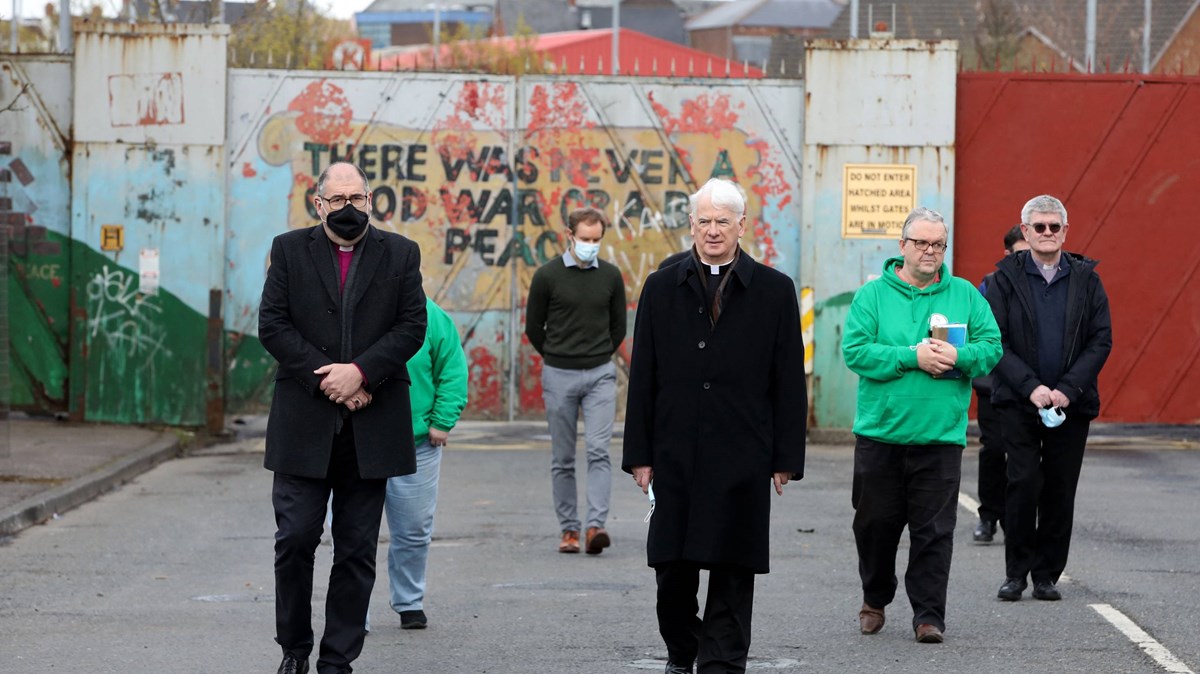 100 years after the division of Ireland, cooperation between churches is better than ever

Leaders of Ireland’s main Christian traditions will organize a “Service of reflection and hopeIn Armagh, Northern Ireland on October 21, 2021, marking the centenary of “the partition of Ireland and the formation of Northern Ireland”.

But church service has become controversial, highlighting tensions that persist on both sides of the border. In September Irish President Michael D. Higgins said he decline his invitation because the title of the event was not politically “neutral”.

As an academic of Irish descent working at the intersection of religion and international affairs, I believe the fuss over Higgins’ invitation overshadowed an important story. Despite a history of sectarian conflict, cooperation between the leaders of the Roman Catholic and Protestant churches in Ireland has deepened in recent years, with churches speaking more and more with one voice on important social and political issues. .

The Church Leaders Group brings together the main leaders of the Catholic, Anglican, Presbyterian and Methodist churches in Ireland, whose jurisdictions stretch across the island, as well as the President of the Irish Council of Churches. The five are coordinating more closely than ever on peacebuilding issues, responses to the COVID-19 pandemic and recent political developments such as Brexit.

More than “snuggling up”

Churches have traditionally exercised a significant influence in Irish politics and society. All have seen significant declines over the past two decades, however, as more people say they do not identify with a particular religion. The abuse scandals in the Catholic Church have contributed to the trend. (However, the drop in attendance doesn’t necessarily mean that faith is declining at the same rate, reflecting a phenomenon that British sociologist Grace Davie calls “To believe without belonging”.)

Archbishop John McDowell, head of the Anglican Church of Ireland, told me in a recent interview that the growing cooperation of churches is not due to decreasing size or influence – they are not. “Not getting together to warm up because it’s cooler. outside. “Indeed, despite the long history of conflict in Ireland over political and religious divisions, official relations between the Churches have always been collegial.

Rather, the recent increase in ecumenical activity is driven by a new generation of church leaders who grew up during the “Troubles”, an era of three decades of political violence in Northern Ireland, and share concerns about the issues. current. A recent analysis of Queen’s University finds that inter-church cooperation at the national level has been “more frequent and united during the pandemic than perhaps at any time in the history of the Irish church”.

Britain established the border separating Northern Ireland the rest of the island in May 1921, and since then it has weighed on Irish politics.

The 1998 Good Friday Agreement put an end to most of the violence, which had left several thousand dead. In an attempt to avoid further conflicts, the agreement also introduced a form of power sharing based on a model called “consociationalism”. While consociative democracy is designed to maintain social peace in societies with deep ethnic or religious divisions, it can also entrench division and make it harder to overcome.

Indeed, some aspects of Northern Irish society, such as the education system, continue to be divided along sectarian lines. More than 9 out of 10 children attend schools separated by religion, but this is slowly changing, with a significant majority of the public support integration.

Brexit and the border

One of the goals of the Good Friday Agreement was to make the border between Northern Ireland and the Republic of Ireland less of a lightning rod. It stimulated cross-border cooperation, destroyed military installations and allowed citizens to move freely between north and south.

But the UK’s withdrawal from the European Union has put the border back at the center of politics. Under the ‘Northern Ireland Protocol’ negotiated between the UK and the EU, Northern Ireland remains aligned with the EU’s single market in order to avoid a ‘hard border’ on the EU. island of Ireland. However, this does mean that some goods from other parts of the UK will need to be inspected upon entering Northern Ireland. Indeed, the Johnson government designed an “Irish Sea border” to keep the land border open, but this idea has angry trade unionists who see it as a division of Northern Ireland from the rest of the United Kingdom

The Church Leaders Group quickly recognized that Brexit could threaten the fragile peace. As Bishop McDowell noted in a open letter to Prime Minister Boris Johnson in July 2019, the “border” is not only the actual line which separates the north from the south. It is a division that “runs through every village and town in Northern Ireland, and in some places in Belfast it is so tough it takes the form of very high brick walls topped with razor wire.”

Church leaders have also recognized that the post-Brexit period will involve difficult economic adjustment. They collaborated on a consultation document inform local congregations and inter-church groups about the likely local, regional and international impacts of Brexit.

Representatives from the Church Leaders Group tell me that the combination of growing social and political pressures with the ease of virtual meetings – a byproduct of COVID-19 restrictions – means the group meets much more frequently.

Meanwhile, discussions began in late 2020 on how to mark the centenary of the partition of Ireland and the formation of Northern Ireland. The anniversary elicits very different feelings across political divides, which is why church leaders designed the event as a space for “reflection and hopeNot like a celebration or a lament.

On St. Patrick’s Day, the group of church leaders posted a common message think about the birthday. Eamon Martin, the Catholic Archbishop of Armagh, acknowledged how churches have sometimes abused their power in the past, lamenting that “Too often we have been churches captive, not captive to the word of God but to idols of state and nation “.

As Archbishop McDowell told me recently, “What has happened in the past is that churches tended to color themselves with the communities we were in, rather than trying to bring sort of message united to a divided society.

The lingering controversy over Higgins’ presence has revealed a degree of polarization reminiscent of times past. Public support in the south quickly galvanized around the president and remained high, with 68 percent approving of its decision to decline the invitation. Southern Irish commentators and academics have made compelling arguments that a commemoration of the partition could never be politically neutral.

In the midst of the debate, the Church Leaders Group published A declaration to clarify the intention of the service and ask for prayer support.

“We primarily wish to come together in prayer for healing relationships,” they wrote, “and in so doing, demonstrate a renewed commitment to working together for peace, reconciliation and the common good. “

Ger FitzGerald is a political scientist who works at the intersection of religion and international affairs. He teaches at George Mason University in Virginia.