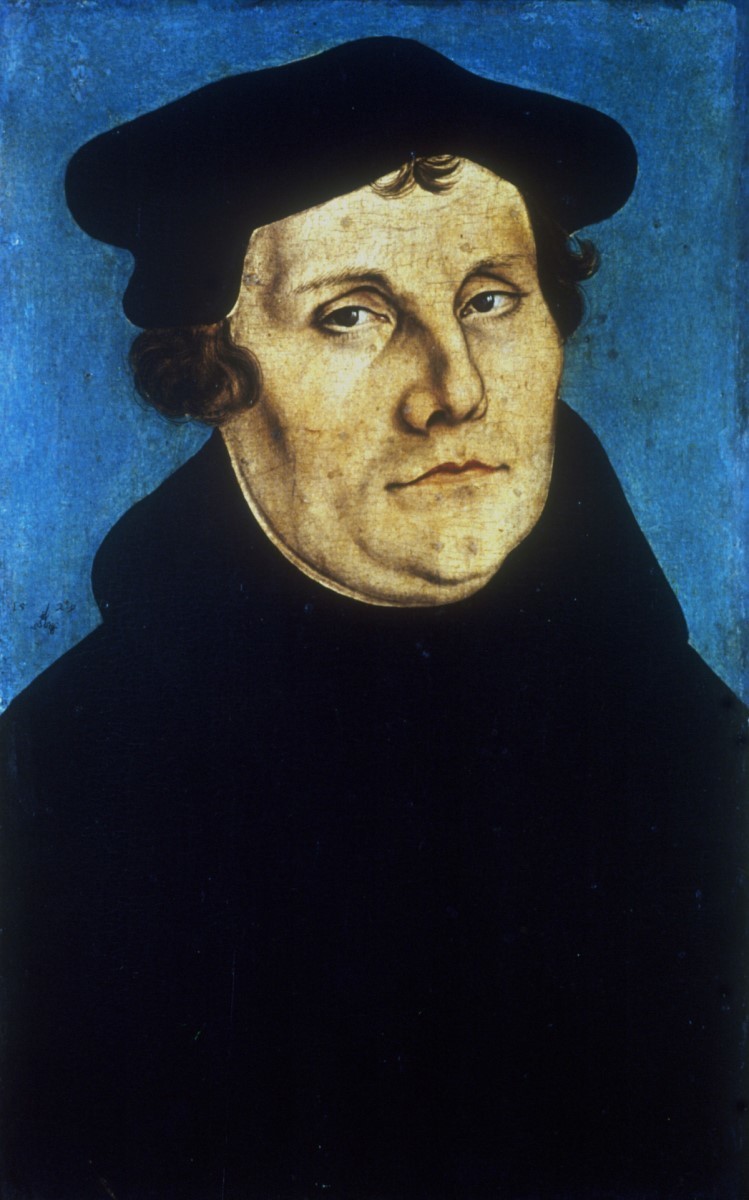 “Gentlemen, what must I do to be saved? This was the desperate question shouted by the Philippian jailer in Acts 16 after Paul, Silas and the other prisoners were miraculously freed by a divine earthquake. About 1,500 years later, the exact same question led Martin Luther – a German Catholic monk tortured by the weight of his sins before a just God – to Romans 1:17. There, at last, he found the glorious doctrine of justification by faith alone.

The self-forged chains of Luther’s perpetual guilt finally fell. He exclaimed, “I began to understand that ‘God’s righteousness’ meant the righteousness by which man lives through the gift of God, namely, by faith…Here I felt that I I was completely born again and was entering heaven even through open doors” (Timothy George, Theology of the Reformers, 63).

Yet this soothing balm for Luther’s troubled soul – the biblical teaching that forgiveness and salvation are free gifts from God, not earned by human merit – would not be limited to the life and time of one man. No, it would be the spark of Reformation, igniting what Richard Sibbes called “that fire that the whole world can never put out” (Michael Reeves, The Unquenchable Flame: Discovering the Heart of the Reformation, 191).

By questioning the method of obtaining God’s grace for salvation in a Christian’s life, Luther – and later reformers – struck at the heart of the entire Catholic religious and political system. If sinners were justified by God on the basis of his free gift of grace, what need was there to participate in the costly and convoluted system of confession, penance, prayers, pilgrimages and the purchase of indulgences ?

Today, more than 500 years after the Reformation began, the overall results are evident. To better appreciate our heritage, one must understand how it continues to play out in our lives today. So let’s take a moment to zoom in and explore how the Reformation specifically reshaped our understanding of:

How the Reformation Reshaped the Church

The Reformation reshaped our understanding of the Church in at least two substantial ways. First, he reorganized the hierarchy of authority between the Word of God and the Church. Roman Catholic practice and tradition held that the Church, and ultimately the Pope, was the highest authority in a Christian’s life, even over Scripture.

But reformers like Luther came to understand that the truth was actually the reverse: “The Church, far from having precedence over Scripture, is truly the creation of Scripture, born in the womb of Scripture” (Georges, 82). It was from this doctrine of sola scriptura that Luther and others were able to slowly recover the New Testament vision of the Church as a body of believers, who unite in submission to the Word of God.

A second way in which the Reformation reshaped our understanding of the church was to explore this fundamental question: who can be part of the local and visible church? Prior to the Reformation, national identity and church membership went hand in hand. Although Luther, Calvin and Zwingli broke with Rome, they did not renounce infant baptism as an acceptable entry point into the life of the Church. And though we have records that Calvin sought to exclude notable debauchees from the Lord’s Supper – “I shall die sooner than this hand shall extend the holy things of the Lord to those who have been deemed contemptuous.”

The belief and practice of believer’s baptism was, to a large extent, initially brought into the Reformation mix by figures like Felix Manz, who was drowned out for his support of believer’s baptism, and notable Anabaptist leaders like Menno Simons. By preaching and practicing regenerated church membership, as well as the belief that “faith does not come from baptism but from baptism of faith,” Anabaptists placed themselves in the crosshairs of traditional reformers and Catholics alike. suffering severe persecution because of it.

How the Reformation reshaped the role of the pastor

The principle of sola fide (faith alone) dispensed with the need for priestly practices for the absolution of sins. This led to the abandonment of the observance of Catholic Mass as the main purpose of the gathering. Thus, the reformers came to understand that preaching the Word of God correctly to the people in a language they could understand was the primary responsibility of the pastor.

Few reformers embodied it better than John Calvin. After working in Geneva for less than two years, Calvin was, for a time, expelled. Yet, just three years later, Geneva asked him to return. Calvin reluctantly agreed, and in 1541 resumed his role as pastor and returned to his pulpit. Reeves writes that “the congregation braced itself for the torrent of anathemas that must surely come from an embittered deportee who now has a public voice. Instead, Calvin simply resumed the exposition of the next verse that followed his previous passage, from three and a half years before. Calvin returned without a personal agenda but had come as a preacher of the Word of God. In fact, “Calvin preached over 200 times a year and taught nearly the entire Bible” (Jon Balserak, Calvinism: A Very Short Introduction, 4).

Calvin was no exception among the early reformers, for Zwingli also prioritized preaching as the main function of a pastor, saying, “Behold, you have scripture here as master, teacher, and guide, not the Fathers, not the Church misunderstood by some people. (George, 131).

This understanding of a pastor’s primary role continued through Puritans, such as Richard Sibbes in the 17th century, Jonathan Edwards in the 18th century, Charles Spurgeon in the 19th, Martin Lloyd Jones in the 20th, and now to us today, with men like John MacArthur.

How the Reformation Reshaped the Sacraments

The Roman Catholic Church taught that there were seven sacraments: Baptism, Confirmation, Mass, Penance, Marriage, Ordination and the Last Rites, which functioned as “robins of grace” administered by the priests in the life of the Christian (Reeves, 18) .

But, with almost universal agreement, the Reformers rejected all but baptism and the Lord’s Supper as authentic sacraments. In their retention of these two, they argued for a fundamentally different understanding of the nature and purpose of the two. Baptism and the Lord’s Supper were no longer a means of receiving faith but rather the expression of a faith already confessed. Luther held that “you can believe even if you are not baptized, for baptism is no more than an eternal sign which reminds us of the divine promise” (George, 93).

With regard to the Lord’s Supper, the reformers made a radical change by pleading for the masses to receive both bread and wine, and on a regular basis. Previously, the practice of the Catholic Church was to perform the sacrament before the people, allowing attendance only once a year, and even then, just to receive the bread. More importantly, the reformers rejected the Catholic teaching of transubstantiation, the idea that bread and wine were transformed in their essence into the literal body and blood of Christ.

The Reformation not only reshaped our understanding of church, pastor and sacraments, but rather gave birth to a new ecclesiological and theological tradition. This tradition is one that prioritizes the authority of Scripture over human tradition, God’s divine saving initiative over human effort, and the sufficiency of Christ’s saving work over all human work to merit saving grace. I say “new”, but, in fact, it is as old as Christianity itself.

We teach that the Church is subject to the authority of the Word of God. We prioritize the role of a pastor as an exponent of the Word of God. And we properly administer the ordinances of baptism and the Lord’s Supper, not as means of saving grace but as “high signposts in the road of life” (George, 94). These recoveries from the Reformation, this reshaping of our lives and our teaching as Christians, have served as landmarks for more than 500 years until now. And if the Lord tarries, we hope they will continue to lead the way for another 500 years.

William Wolfe served as a senior official in the Trump administration, serving as deputy assistant secretary of defense at the Pentagon and director of legislative affairs at the State Department. Prior to his administration service, Wolfe worked for Heritage Action for America and as a congressional staffer for three different members of Congress, including former Rep. Dave Brat. He holds a bachelor’s degree in history from Covenant College and is completing his master’s degree in theology at Southern Baptist Theological Seminary.
Follow William on Twitter at @William_E_Wolfe