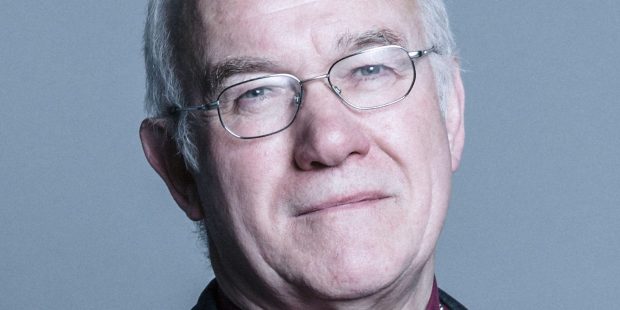 Peter Forster was a supporter of the ordination of women but opposed same-sex marriage.

The fourth Anglican bishop to become a Roman Catholic in the past year has been received into the Church, an Anglican newspaper in the UK has reported.

Retired Bishop Peter R. Forster, who led the Diocese of Chester in the Church of England for 22 years, was received into the Catholic Church in a private ceremony last fall in the Archdiocese of St. Andrews and Edinburgh, Scotland. Forster and his wife settled in Scotland, the Church Times reported. Aleteia could not reach him for comment. Another prominent former Anglican turned Catholic, Gavin Ashenden, said he believed Forster wanted the development to be a private matter.

Forster, 71, retired from his post as Bishop of Chester in 2019. There have been allegations that he mishandled a sexual abuse complaint against one of his priests.

According to Ashenden, Forster differs from some other Anglicans who have recently “swum in the Tiber”, in that he was a committed evangelical Protestant, not someone who had drifted more towards a Catholic outlook. He was an early proponent of feminism in the Church of England, appointing a woman as assistant bishop of the Diocese of Chester, although he expressed concerns about how such changes would affect Catholic dialogue -Anglican. A member of the English Anglican-Roman Catholic Committee, he noted a “drift” in ecumenical relations “from a view of full visible unity to an essentially degraded view of reconciled diversity”, summarized the Church Times.

But Forster, who was a member of the House of Lords, also spoke out against legalizing same-sex ‘marriage’ in the UK.

“Some people will see the growing number of converts and will simply be grateful that these people of tested spiritual caliber have put aside the tragic schism that has wounded the body of Christ in these islands and the process of their reconversion,” Ashenden wrote in the Catholic Herald.