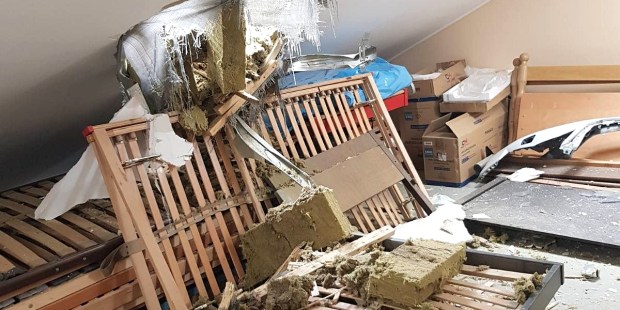 A missile damages the office of the Catholic Cathedral in Kharkiv

“The Mass had just ended. We miraculously survived. Thank God no one was hurt because we were in the basement,” says Father Wojciech Stasiewicz.

A Russian missile damaged the chancery of the Roman Catholic Cathedral of the Assumption of the Virgin Mary in Kharkiv, Ukraine.

“Mass had just ended. We miraculously survived. Thank God no one was hurt because we were in the basement,” says Father Wojciech Stasiewicz, vicar of the cathedral parish.

The attack happened on March 1 around 9 a.m. A missile destroyed the roof of the cathedral offices and one of the attic rooms.

A video on Facebook shows the extensive damage to the building:

According to the records provided by the Ukrainians (and various human rights organizations), the Russians used cluster bombs

that more than a hundred countries banned in a 2008 NATO treaty.

While most of Ukraine is Orthodox, about 10% of the population is in formal union with Rome. The Ukrainian Greek Catholic Church represents 8-10% of the country’s population, and a smaller percentage are Latin Catholics. The diocese of Kharkiv–Zaporizhia serves some 50,000 Latin Rite Catholics.

Interim deal using money from Chase the Ace will see St. Kevin’s Parish in Goulds become the only Roman Catholic parish in Newfoundland and Labrador to ‘own itself’