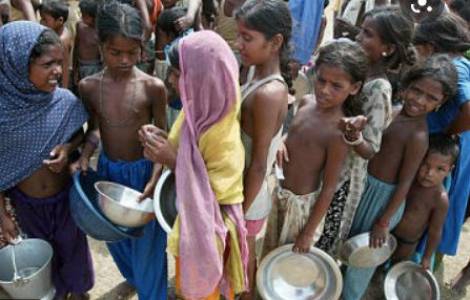 Calcutta (Agenzia Fides) – The Cathedral of the Most Holy Rosary of the Archdiocese of Calcutta has launched the “Food for All” initiative with the support of the AnnBandhu Foundation, a local non-governmental organization. As Agenzia Fides learned, the program was launched with the distribution of 140 meals to the poor in the area, regardless of creed, culture or language. The initiative plans to provide a nutritious meal (worth Indian Rupees 6.00) six days a week to poor people. Meals are prepared in a community kitchen run by the AnnBandhu Foundation and distributed to feeding centers under the motto “Food for All”. Among the organizations involved, the Congregation of the Sisters of the Little Flower of Bethany, popularly known in the parish as the “Sisters of Bethany”, many parishioners and people of good will who reside near the cathedral also contribute to the initiative. Conceived and launched by Father Franklin Menezes, pastor of the Cathedral of the Most Holy Rosary, the food aid program for the needy has favorably affected the civil authorities of the city: Mahesh Kumar Sharma, a local councilor, appreciated the initiative as “a ministry of God to feed the poor”.
The local Church thus wanted to give a small sign to contribute to food security for all, that is to say the possibility that everyone has the certainty of being able to feed themselves every day, according to their needs, and not to suffer from hunger. The Indian faithful are watching the situation in the country with concern: according to the Global Hunger Index (GHI) 2021, India has fallen to the 101st position out of 116 countries. From the 94th position it occupied in 2020, it has lost 7 positions and is now behind other countries in the subcontinent such as Pakistan, Bangladesh and Nepal. The Global Hunger Index report, jointly prepared by Irish aid agency Concern Worldwide and German organization Welt Hunger Hilfe, describes the level of hunger in India as “alarming”.
According to the FAO Hunger Report “The State of Food Security and Nutrition in the World” 2020, 189 million people in India, or 14% of the population, are undernourished. As a result of food insecurity, the document points out, 51% of women of reproductive age suffer from anemia and 35% of children under five in India suffer from stunting. In addition, the Covid-19 has aggravated the situation. In October 2021, on the occasion of World Food Day (October 16), various communities of the Catholic Church in India raised the idea of ​​convening a special “Food Summit”, in which the he Church is called upon to play a more active role in ensuring food for all. (SD-PA) (Agenzia Fides, 02/17/2022)