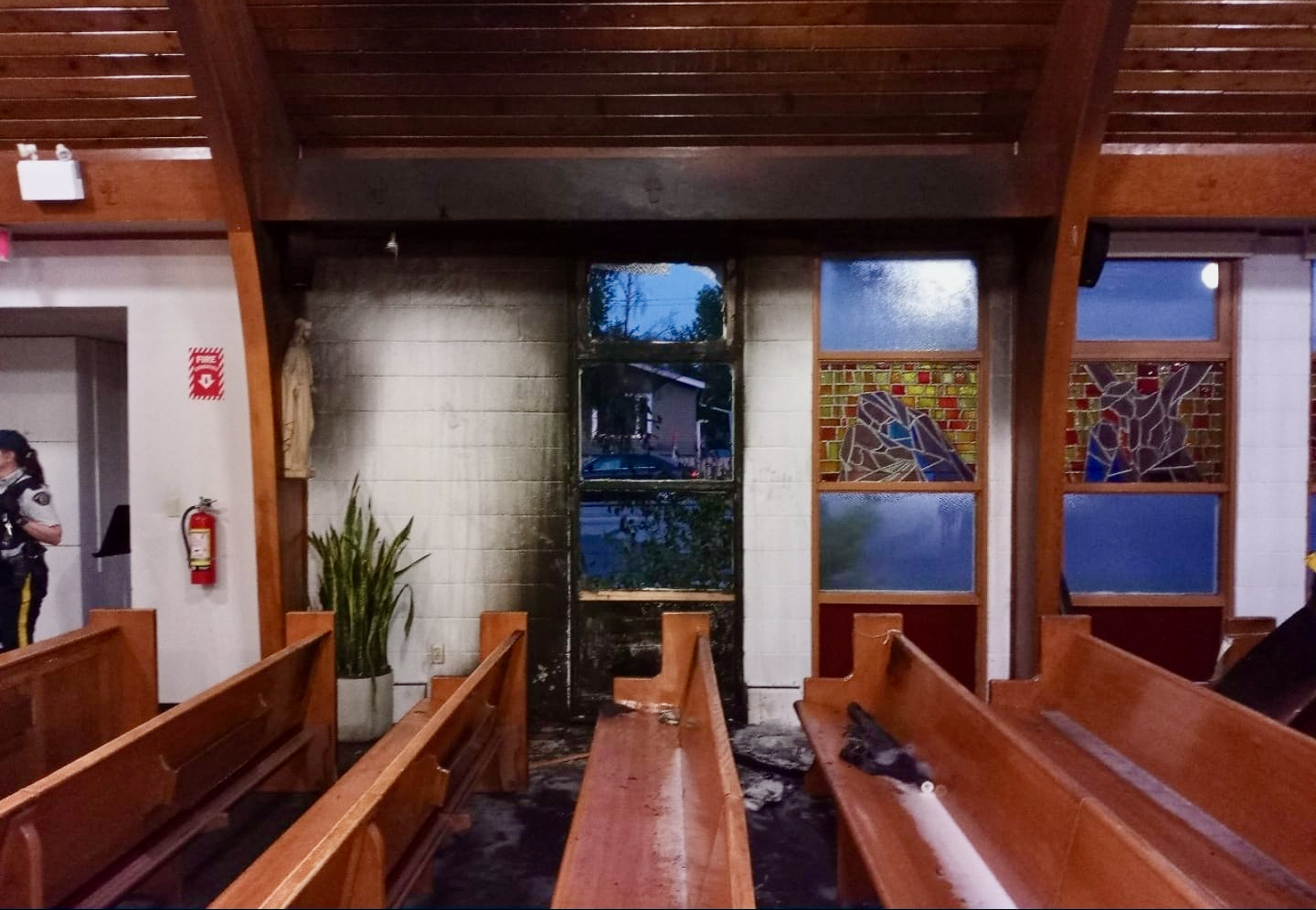 RCMP have opened an investigation into a nighttime fire at a Roman Catholic church in Yellowknife, saying although the cause remains undetermined, the circumstances point to possible criminality.

Bishop of Mackenzie-Fort Smith Jon Hansen said the fire was “intentionally started” at St. Patrick’s Co-Cathedral on 52nd Street. No one was injured, but police said the building “suffered minor damage”.

Police dogs and a forensic team worked on the scene.

Images from inside the church show burnt walls and pews surrounded by ashes next to a shattered window.

Although what happened to start the blaze was not immediately confirmed, suspicious fires have been reported in Catholic and Anglican churches across Canada since the recent discovery of hundreds of anonymous graves in ancient residential schools in British Columbia and Saskatchewan.

“Due to damage to other religious buildings across the country, the RCMP considers this fire suspect and has opened a criminal investigation,” read a statement from the Yellowknife Detachment Thursday morning.

The police asked all witnesses who had seen what had happened or who had relevant video footage to come forward. The fire broke out around 12:30 a.m. on Thursday.

â€œWe are all aware of the tragedy of the residential school system unfolding in our country. This incident is of concern to our community of Yellowknife, â€Inspector Dyson Smith, Commander of the Yellowknife Detachment, said in a statement.

“We need to be clear, acts of vandalism are criminal acts and those that endanger life and property will be held accountable by law.”

The City of Yellowknife Fire Division and the Northwest Territories Fire Marshal have been approached for comment.

â€œMost of the damage is related to smoke and fire suppression activities,â€ Bishop Hansen said. â€œThere does not appear to be any damage to the building structure or the roof.

â€œWe are still awaiting information on the next steps and will provide updates as the information becomes available. “

The Prime Minister earlier called for attacks on churches to cease as hundreds of anonymous graves continue to be found at the sites of former residential schools across Canada.

“Destroying places of worship” is “not the way to go,” Justin Trudeau said Wednesday.

On the same day, the Lower Kootenay Band said 182 human remains were found at the site of a former residential school in Cranbrook, British Columbia.

Thursday has been reused by many communities in the NWT to focus on mourning the dead and remembering the impact of colonialism and residential schools rather than celebrating Canada Day.

Catholic Church near you a treasure of holy places