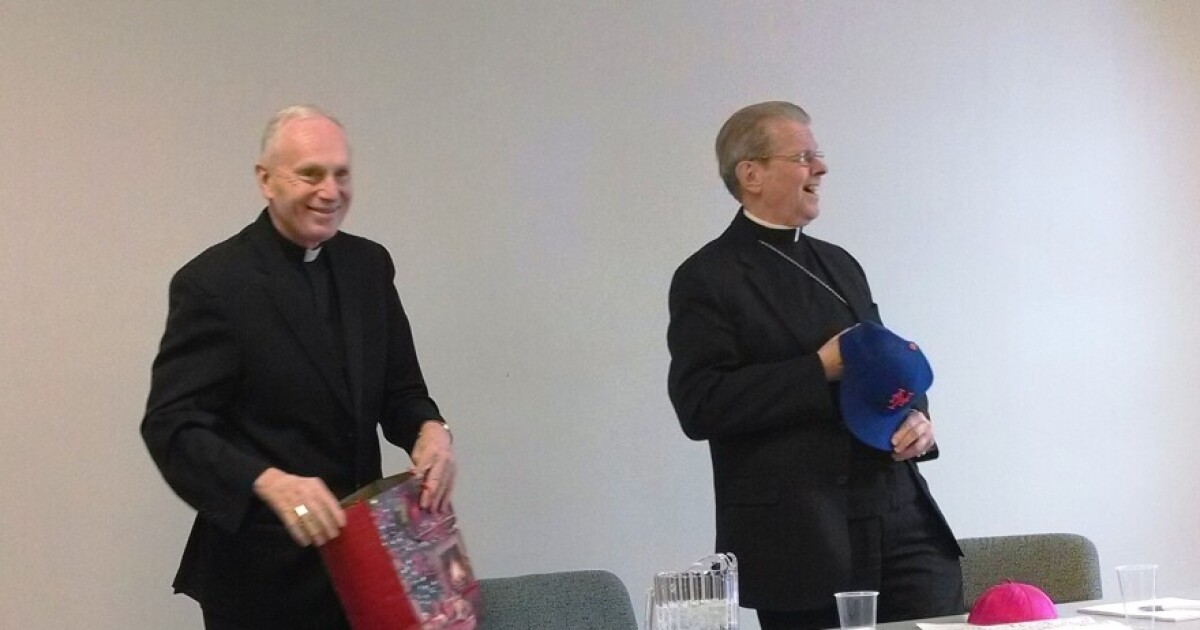 The head of the Roman Catholic Diocese of Albany and attorneys representing victims who filed sexual assault complaints against clergy react to the release of a 2021 deposition by longtime former bishop Howard Hubbard.

A 680-page deposition of testimony given under oath last year by Bishop Hubbard, who led the Diocese of Albany until 2014, was first made public on March 25.and. Hubbard acknowledged that the diocese covered up at least 11 sexual abuse complaints against clergy during his 37 years in office.

As the diocese faces hundreds of lawsuits under the Child Victims Act, including charges against Hubbard himself – which he denies – Hubbard had said protocol in the 1970s and 80s consisted of to temporarily remove accused priests from the ministry and send them for counselling. He said he deeply regretted the policy.

Bishop Edward Scharfenberger, who succeeded Hubbard, spoke to WAMC News after the deposition was released. He says he first learned of Hubbard’s comments when a judge denied Hubbard’s motion to keep the deposition sealed: “Some of the news that came out last week was not news, in that sense. that Bishop Hubbard had made certain admissions that had been published, that the decisions that were made as you know, as we look back, we now realize that, you know, things that we certainly don’t do, you know,” Scharfenberger said. “We certainly believe that our responsibility, you know, to survivors of abuse requires full disclosure.”

In his testimony, Hubbard said he protected alleged abusers within the clergy to protect the reputation of the priesthood. He said he never reported the allegations to law enforcement or notified parishioners.

Victims’ attorney Cynthia LaFave of LaFave, Wein and Framement: “That’s not a valid legal argument. It’s not a valid ethical argument. There’s nothing in that argument that makes sense,” LaFave said. “Because a rapist is a rapist is a rapist. None of this should have been protected, they should still have been criminally prosecuted like any other member of society would have.”

Scharfenberger says he himself never hid an abuse complaint. He adds that if a victim comes forward, he follows protocol, which includes forwarding the request to a review board made up of lay people. “I always take precautionary measures to place any living person who has been charged, remove them from active ministry, you know, not that we still have enough evidence to say that this deletion would be permanent, but just as a precautionary measure , anyone against whom there is a claim, and who comes forward, with an abundance of caution, we will remove that person from active ministry, I will use the term “put them on administrative leave”, which means that ‘She will not minister as a priest or deacon publicly,’ Scharfenberger said.

Asked if he would release the treasure trove of church files Hubbard testified to, Scharfenberger said state Attorney General Tish James has all of the files and documents related to the abuse allegations. .

In a separate statement, the diocese said it takes all allegations of abuse seriously and remains committed to uncovering the truth without fear or favour.

Stippel says the files should be made public.

“Bishop Scharfenberger issued a statement in which he said that betrayal cannot heal if the truth remains hidden,” Stippel said. “We agree wholeheartedly. And the Diocese today has the power to have this transparency to release this information to release the records of every defendant in the Diocese of Albany. And we hope they do. will do.”

The deadline for the Child Victims Act lookback window in New York was August 14, 2021. LaFave hailed the bravery of survivors who came forward…”…finally freed from this horrible guilt that they’ve been feeling for so many years,” LaFave said. “And they feel like it’s a move forward because it was all happening to them in secret. And the secret started and ended with the Catholic Church, and with the priests and ended the bishop and the Holy See. And now it’s coming and it’s public. And finally, it’s going to let the public understand how horrible it was.

Scharfenberger is optimistic about the future. “I’m hopeful that we are in a better position now than years ago, but we are continuing the process of counseling and, and giving our survivors all the support they deserve.”

Scharfenberger says priests are supposed to tell the truth.

The gods of ‘Techtopia’ give and they take away