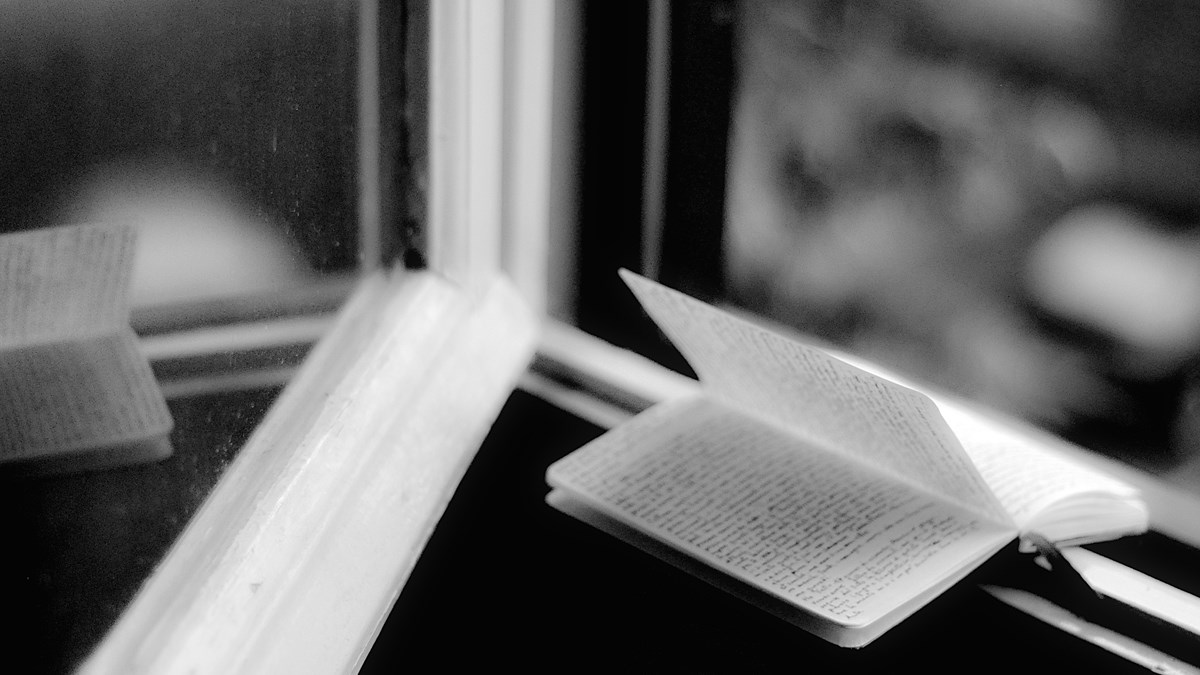 We cannot cook up holiness on our own, decide what it looks like without examples, or try to become holy without others. The goal is to be remade in the image of God, and we do this by imitating models of holiness.

When we read holiness stories, we vicariously live through those stories and then materialize them into our reality. The patterns become part of our imagination, our way of seeing how to live a holy life. For me, when I try to imagine how to be holy, I have a cloud of witnesses – from Fyodor Dostoevsky’s Father Zosima to Walker Percy’s Father Smith to Willa Cather’s Archbishop Latour and Toni Morrison’s Baby Suggs .

You’ll notice in the novels I’ve chosen to explore that these characters aren’t perfect; they are not goodies, and their stories are not hagiographies. Rather, these characters show the reality of our common sin as they pursue holiness with greater or lesser diligence.

Some characters meet saints on their journey and share the experience with the reader, that we yearn for such holiness. Others reach sainthood at the end of their long, capricious lives. But none of these figures is satisfied with itself as it is; all desire holiness. It is the story of a life lived in the desire for the sacred that I want to imitate the most.

In Dostoyevsky’s last novel, The Karamazov brothershis rebellious nihilist Ivan Karamazov lays out a compelling case against God, complete with a host of newspaper accounts of suffering children as evidence against a good, omnipotent Creator and a narrative poem that illustrates the helplessness of Christ.

How can Dostoyevsky defeat such a vigorous intellectual attack on God? He does this by recounting the life of a saint, his fictional father Zosima, whose life was as full of sin and suffering as Ivan’s, but who chooses love over winning the argument. His story bears fruit in the soul of his novice Alyosha, who patiently listened to his brother’s tale but finds his elder’s life more compelling.

So many questions are unanswered in life, yet Dostoyevsky’s story asks, What life do you want to live? Do you want to emulate Ivan, whose world becomes smaller, narrower, more confused and desperate as the novel progresses? Or do you want to emulate Zosima, whose life enabled others to cry out in gratitude for the beauty of the stars, to hug and kiss the earth, and to shout “Hurrah!” to the hope of the resurrection?

Worldviews, debates and apologetics have their place in the Christian faith. No one wants a church without the legacy of Thomas Aquinas or Karl Barth. But stories convert our desire for well-documented explanations. After reading Dostoyevsky’s novel, we first hope to be like Zosimus. Then we can think about why. When we read Lewis’ Chronicles of Narnia, we love Aslan before we even analyze what the lion reveals about God.

At Dante’s Paradise, the pilgrim attends a dance of two groups of saints turning in the kingdom of wisdom, the sphere of the sun. The rings are made up of 12 saints each, intensely shining, crossing each other in a circular dance.

One group represents those who have reasoned through the doctrines of the Trinity, the relationship between body and soul, etc., embodied by Saint Dominic, a great doctor of ecclesial thought. The other group, whose first example is Saint Francis, loved by its way of life, with dramatized nativity scenes, stories of hermetic asceticism and even stigmata. In Dante’s description these rings of saints flash

each other’s shine like glass
each rotating but in opposite careers,
rotating together when they intersect and intersect.

Not only do they reflect the other’s light, but each group tells the other’s story: Thomas Aquinas (who is a Dominican) does not raise his Dominican father but Francis, while Bonaventure (who is a Franciscan) Praise Dominic.

Their dance shows the reciprocal relationship between imagination and intellect, how these parts move with each other, and not separately. Dante commands his reader three times at the beginning of canto 13 to “imagine” what he himself pretends to witness.

As a student of both Dominican and Franciscan education, Dante could represent both in his poem. Dante could not have written this imaginative work without having studied both the disputes of Aquinas and the life of Saint Francis. Thanks to Dante’s poem, I understand this relationship between the intellect and the imagination better than I could have done by reason alone. When I consider the roles of these spheres, I imagine these brilliant dancing saints of Paradise.

As we try to imagine a life of holiness, we need more than a definition, a philosophical argument, or a to-do list. We need an image. We need the stories that will compel us to follow the saints, so that we ourselves can become saints.

When Dorothy Day, founder of the Catholic Worker Movement, once sought inspiration, she took two hagiographies and “shut them both in horror.” She records in her diary the sickening and false descriptions of the saints she has found and declares, “No wonder no one wants to be a saint. But we are called to be saints, we are the sons of God!

Great fiction will not coat the inner workings of the saint’s soul, her struggles, the grit and grime of daily reality. When we are allowed to see through the eyes of these saints, we experience their desires and thus practice holiness alongside them.

Reading these literary accounts of holiness provides an antidote to our preoccupation with our autonomous selves. We live through the eyes of others and experience their struggles and victories by following Jesus Christ.

We fill our hearts with stories of holy examples with whom we have relationships, loves and friendships: Flannery O’Connor’s mad prophets, Eugene Vodolazkin’s foolish saint in Laura, the Moses of Zora Neale Hurston and the faithful country priest of Georges Bernanos. These stories of holiness may not be real in the empirical sense of the term, but they are truer than some of our historical or scientific knowledge. Their holiness attracts us and shapes our imagination.

In the Eastern Orthodox liturgy, the priest prays for sinners but also for the publican and for the prodigal son of the parables of Jesus. These characters from the stories of Jesus invested themselves with an inexplicable reality in the prayers of the church. The same goes for the saints I have met in the novels. I pray that I may learn from their faithfulness and experience such holiness in my own life, that my story of becoming a saint will be true.

This excerpt is taken from The Holiness Scandal by Jessica Hooten Wilson, ©2022. Used with permission from Baker Books.

Former Bishop of Chester received into the Roman Catholic Church