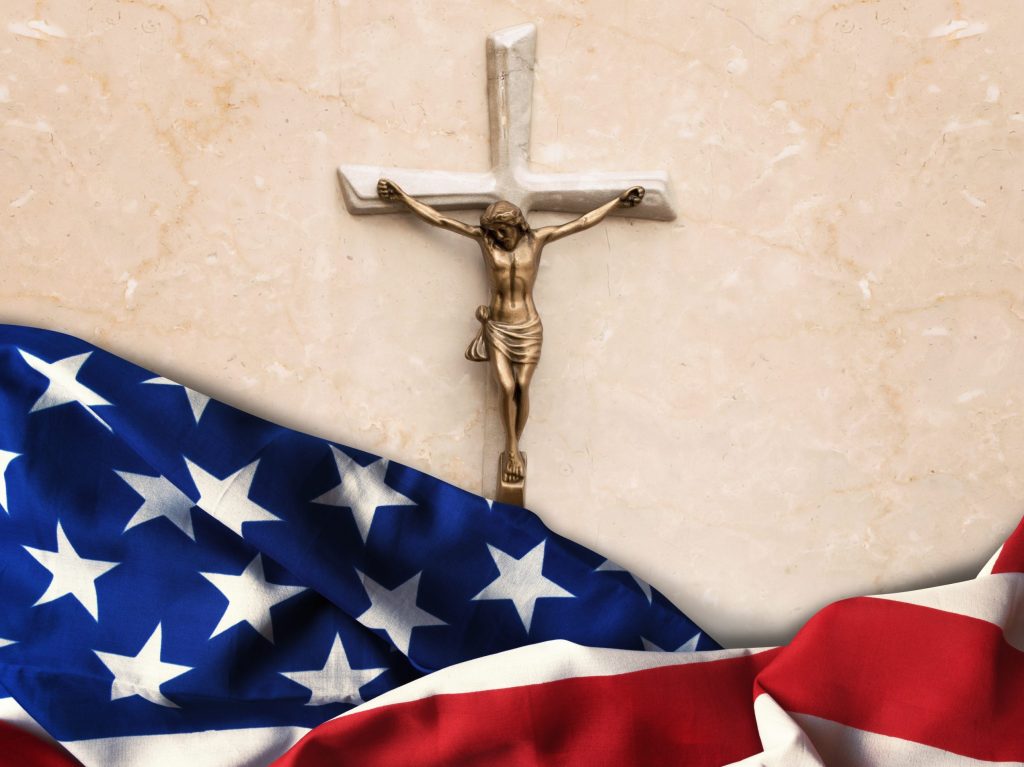 In 2013, a free copy of Blessed Mother was distributed with The Tablet, the weekly newspaper of the Diocese of Brooklyn. The picture represented her wrapped in american flag with the lyrics of “God Bless America” ​​in the background. Some readers welcomed the print. Others feared that he was co-opting faith into a patriotic and political agenda.

As Catholics, we are both “in Christ” and in the world, citizens both of heaven and of the nation to which we belong. How to deal with these twin loyalties is an old question that has been asked constantly throughout history.

When Catholic Christianity finally became the official religion of the Roman Empire in AD 380, the Church had to navigate new relationships with political authority, seeking to “give to the emperor the things that are the emperor’s, and to God the things that are God’s” (Mark 12:17). Doctors and Fathers of the Church, canonists, theologians and Church councils have sought to define these two calls to our allegiance and our identity. Since the Russian invasion of Ukraine, during which the Moscow Patriarch Cyril gave the blessing of his Church to tragic savagery, this question has come to the fore.

Catholic theology has given much thought on the role of the state, but the Church paid much less attention to nationality and national identity. He must do more to teach us to hold together love of country, love of fellow human beings and love of God.

The natural affection we feel for the places where we were born and where we live, the generations of people who have gone before us and the traditions of our homelands, is important. These bonds are often full of deep emotions and can be for the good. But if that loyalty goes in the wrong direction, it can turn into ugly xenophobia or aggressive nationalism. The gospel purifies these impulses.

As Catholic Christians, we belong to a living community that embraces the whole world. Pope Benedict XVI, while visit to Auschwitz in 2006affirmed: “One must always learn that one is Catholic, and therefore that one’s nationality is inserted, relativized, and also carefully situated in the great unity of the Catholic communion.

The practical question is How? ‘Or’ What to do this. And I think the answer is the Incarnation.

According to Council of Chalcedon, in the incarnation, the humanity of Jesus and his divinity were united, but in a way that maintained the distinction between the two. Taking our cues from the Incarnation helps us maintain our natural affection for our homeland with the demands of our Catholic faith, in a spiritually healthy way. This task means holding together cultural diversity and world brotherhood in harmonious and creative tension.

This combination, however, is easier to get wrong than to get it wrong.

When Christians over-identify their faith with their particular country or culture, they easily end up with something less than the sum of its parts: a national identity that uses religious imagery and language, but is not only superficially Christian. This is a very common temptation among believers who also love their homeland. There are many examples, including those who claim “chosen nation” status and inventing seemingly religious reasons for declaring war on other Christians, when the real motivation is political.

When such things happen, Christians are no longer “leaven in the dough” or “salt of the earth.” The gospel loses its prophetic side.

In the incarnation, Jesus remained fully human. As Catholics, we are not required to put aside our natural inclinations, such as love of family or country, but we are invited to relate them to faith. The excessive separation of faith and nationality can lead to divided loyalties, in which faith becomes only a matter of private belief, kept out of our public and professional lives. (I am thinking here of the public support of Catholic politicians for abortion while maintaining personal reservations.)

Patriotic phrases like “God bless America” ​​can be good prayers. But only as long as we also ask God to equally bless all nations, tribes, peoples and tongues (Revelation 7:9). After all, God has no favorites (Romans 3:11) but loves everyone the same way a mother loves all her children – equally but differently.

Catholic teaching does not condemn patriotism. In fact, I would say patriotism is a Christian virtue – when practiced in proportion. A healthy sense of who we are and the gifts we bring to a relationship are both the prerequisites and the product of mature interpersonal love. Likewise, nations that are clear about who and what they stand for strengthen true international brotherhood, and practical global solidarity enables us to better appreciate our particular national gifts, cultures, histories, and viewpoints.

But the cross shows that true love – which includes love for our country and all people – also involves self-sacrifice and sacrifice. the Compendium of Church Social Doctrine teaches us that good international relations “require a balance between particularity and universalismthat all nations are called to achieve.

In this balance, the balance always tips in favor of the common good. Our Catholic faith calls us to peace, respect and solidarity. We are responsible for each other, nation as individuals.