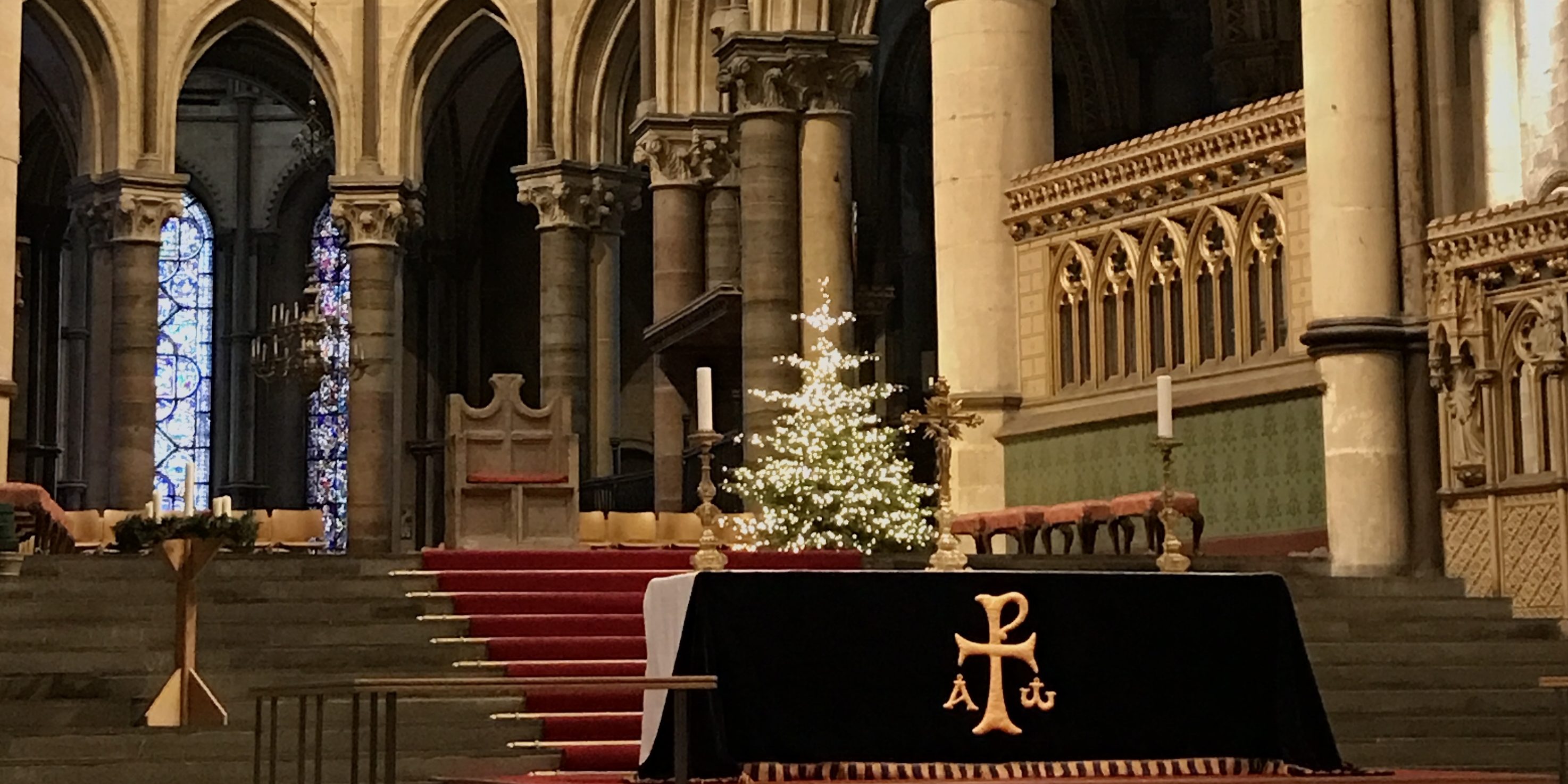 It was a pleasure to see a lavishly lit Christmas tree in the heart of the Church of England’s most important cathedral.

On December 29, 1170, Saint Thomas Becket was assassinated in Canterbury Cathedral. His cult of martyrdom began immediately and has grown into one of the most spectacular shrines in Europe. Then, in 1538, Henry VIII had the tomb destroyed and the saint’s bones burned – although it is believed that some of the more refined body parts were reserved for the king. Since this shameful event, there has been no sanctuary. Instead, a candle burns brightly in the space behind the main altar.

On a recent Advent visit to the cathedral, I could see that the candle had been replaced with a Christmas tree. If this had happened in the Puritan era in England, surely more heads would have rolled. Christmas trees had not yet been introduced to England at that time, of course, but any “Papeish” Christmas decorative element was banned from 1644 to 1659. Even before Prince Albert introduced the Germanic tree, the English had for centuries relished evergreen plants such as holly, ivy and mistletoe. The word Christmas was also frowned upon by the Puritans because it was associated with the Catholic “mass”.

Not to be outdone, the American Puritans of Massachusetts Bay issued an executive order in 1659 banning “… There was no mention of conifers in the edict of Massachusetts.

It was a pleasure to see a lavishly lit Christmas tree in the heart of the Church of England’s most important cathedral. Just as exciting as the conifer was the presence of a crucifix – if you look very closely at the photo – on the nearby altar. This symbol was forbidden there much longer than the tree.

The Virtual Museum of the Cross

The Museum of the Cross is the first institution dedicated to the diversity of the most powerful and extensive symbol in history. If he had premises, he would certainly also have a Christmas tree. After ten years of preparation, the museum was almost ready to open; then came COVID-19. In the meantime, the virtual museum is opening an instagram account to interact with Aleteia readers and the stories of their own crucifixes: @crossXmuseum