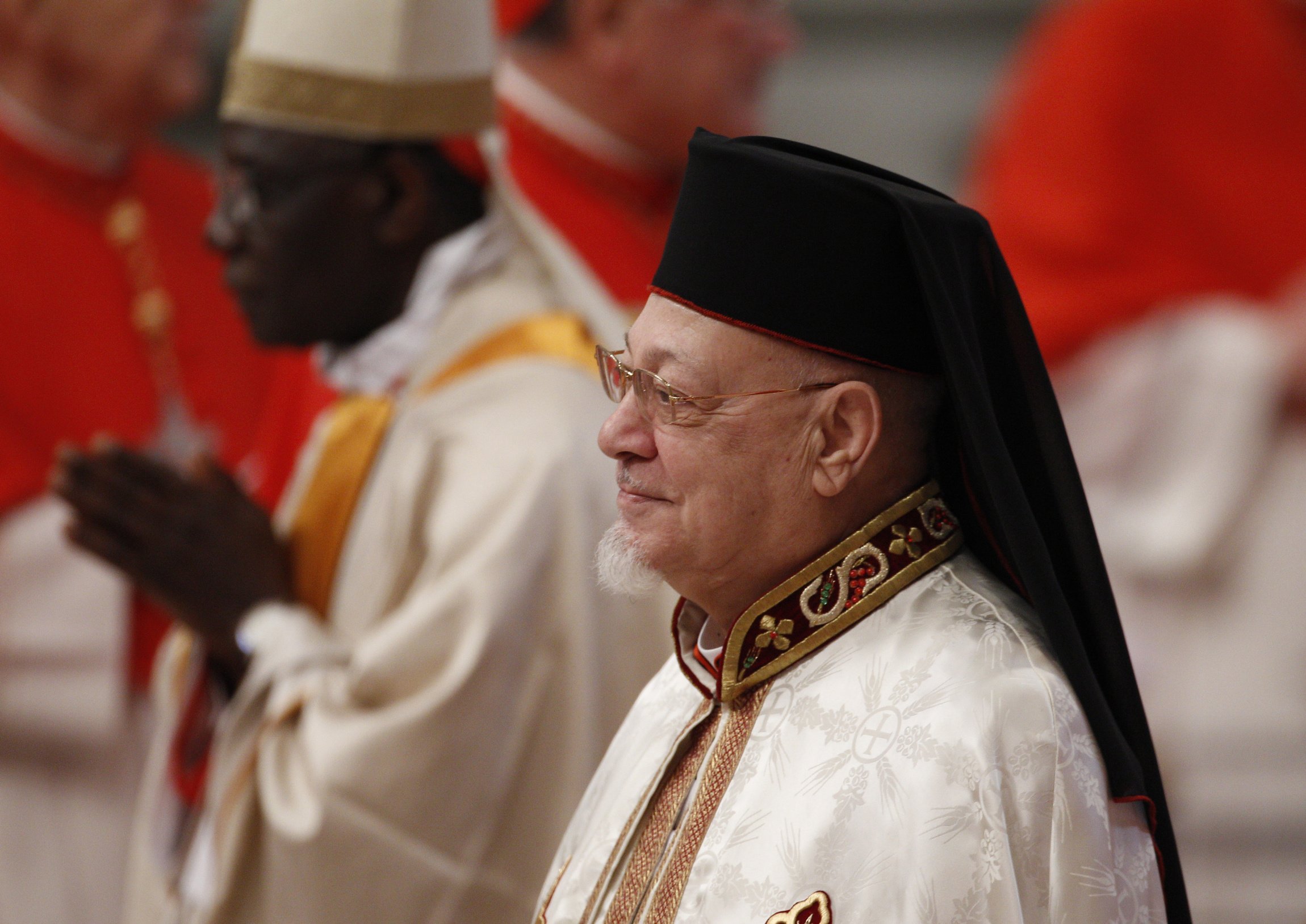 He died in a Cairo hospital after a long illness.

According to tradition, the Copts received the Christian faith from the Apostle Saint Mark. There are some 187,000 Coptic Catholics worldwide, mostly living in Egypt, but there are also parishes in France, Canada, the United States and Australia.

Patriarch Naguib was born on March 18, 1935 in Samalout, Egypt. He studied at the seminary of Maadi outside Cairo as well as in Rome.

Ordained a priest in 1960, he served as parish priest in Fikriyah, Egypt, for a year before returning to Rome to earn degrees in theology and Holy Scripture.

He taught the Holy Scriptures at Maadi Seminary for 13 years and he also worked with other scholars to produce a new translation of the New Testament into Modern Standard Arabic.

He was elected bishop of Minya, Egypt, in 1977 and led the diocese until he resigned in 2002 at the age of 67 for “a period of rest”. During his leadership, the ongoing formation of priests, religious and laity was one of his main priorities as well as the promotion of peaceful coexistence through education; he established three Catholic schools—open to Christians and Muslims—in the diocese.

He was elected Patriarch of the Cairo-based Coptic Catholic Church in 2006 and Pope Benedict XVI elevated him to the College of Cardinals in 2010, just a month after the Patriarch served as Secretary-Archivist of the Synod of Bishops for the Middle East.

His death leaves the College of Cardinals with 211 members, 119 of whom are under 80 and eligible to vote in conclave.

Christianity is about love, not authoritarianism