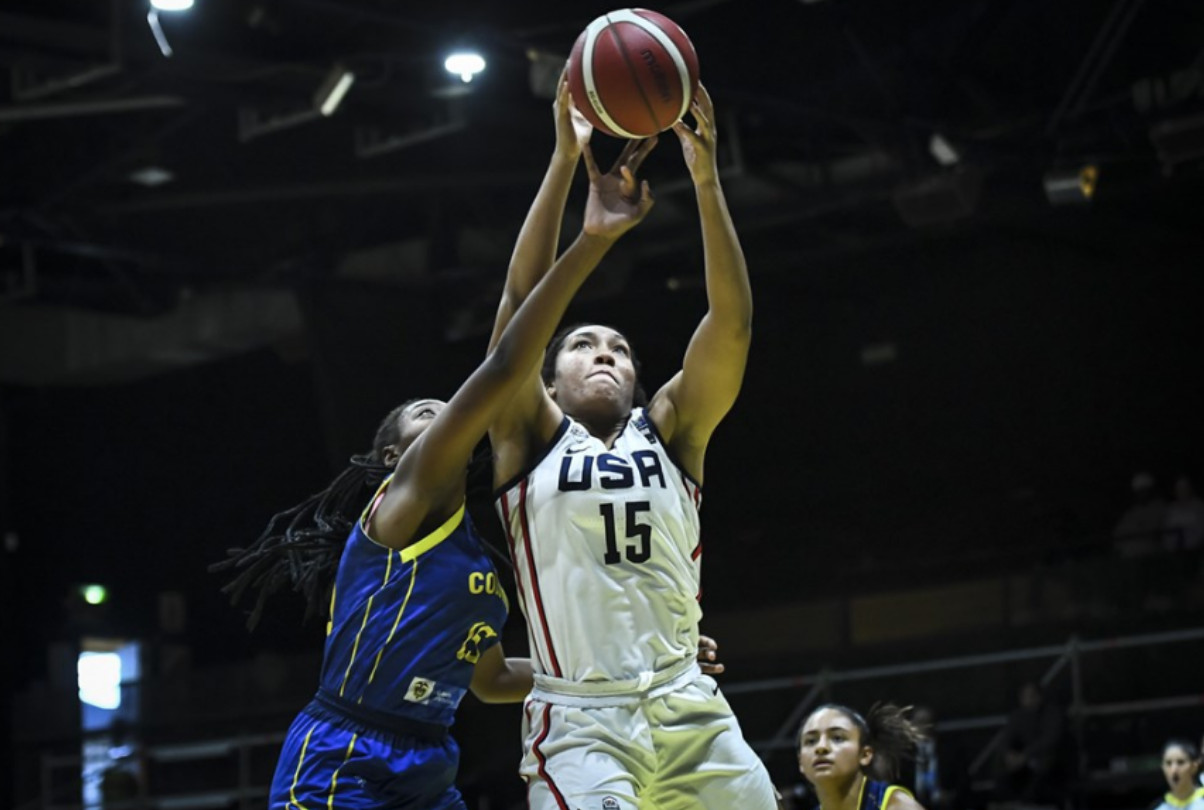 Cathedral Catholic High graduate Isuneh Brady was among five Americans to score in double figures as the United States beat Puerto Rico, one of three American wins this week in international play.

Brady is the only American to do so in all three preliminary round games of the FIBA U18 Americas Championship in Buenos Aires, Argentina.

She scored match highs of 20 in a 106-31 victory against El Salvador Wednesday and 17 in an 81-29 victory over Colombia Monday.

Between the two, she added 14 as the United States (3-0) posted another lopsided victory, over Puerto Rico93-38, Tuesday.

Brady, whose nickname is Ice, leads the team in the tournament, averaging 17 points per game. She’s committed to playing college ball in Connecticut.

The United States concluded the first round on Wednesday against El Salvador (0-3). After a rest day on Thursday, they begin Friday’s quarter-finals against Mexico (0-3). Game time is pending.

Wednesday’s victory was the 62nd in 64 games for the United States in FIBA ​​Women’s Under-18 competition since 1988.

Tournament players must be born on or after January 1, 2004.