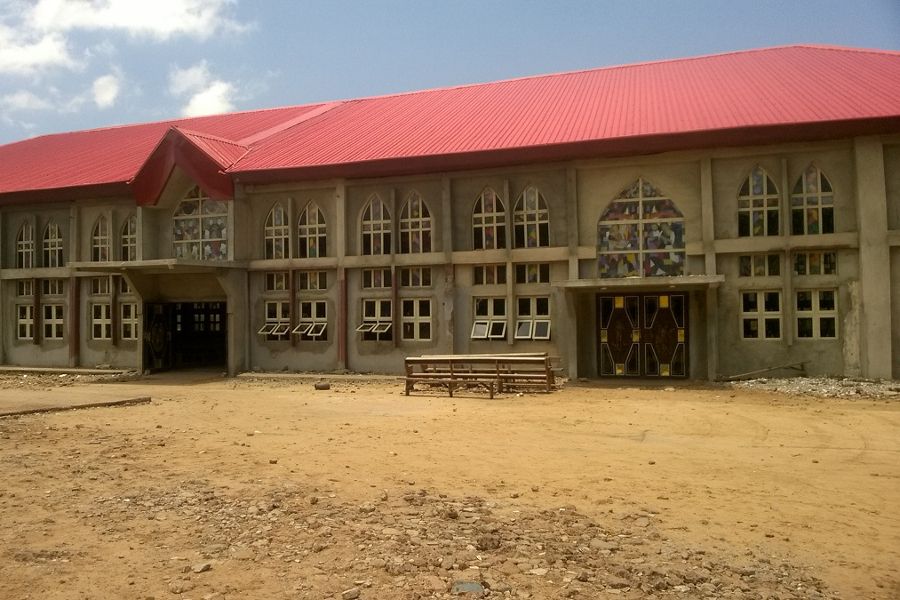 The Bishop of Sokoto, Matthew Hassan Kukah thanked State Governor Aminu Tambuwal for imposing the curfew to quell the protests, as well as the security forces for preventing further damage to diocesan facilities.

A mob has attacked a Catholic cathedral in Nigeria amid protests demanding the release of two suspects in the murder of a Christian student.

the Diocese of Sokoto said in a statement that the young people targeted Holy Family Catholic Cathedral in Sokoto, northwestern Nigeria, after police arrested two students in connection with the murder of Deborah Samuel.

Samuel, a student at Shehu Shagari College of Education in Sokoto, was beaten and burned on May 11 after being accused of posting “blasphemous” statements about Islam in a WhatsApp group.

The Diocese of Sokoto said, “The Sokoto State Government has declared a 24-hour curfew to help stem the ongoing protests launched by Muslim youth in the state capital today.”

“During the protest, groups of young people led by adults in the background attacked the Catholic Cathedral of the Holy Family in Bello Way, destroying the stained glass windows of the church, those of Bishop Lawton’s secretariat and vandalizing a bus community parked in the premises.”

“St. Kevin’s Catholic Church, Gidan Dere, Eastern Bypass, was also attacked and partly set on fire; the windows of the new hospital complex under construction, on the same premises, were shattered.

“They were quickly dispersed by a mobile police team before they could do any more damage.”

“The thugs also attacked the Bakhita Center located along Aliyu Jodi Road and set fire to a bus in the premises.”

The Diocese of Sokoto includes all of Sokoto State (in red), as well as parts of the neighboring states of Zamfara, Kebbi and Katsina. Himalayan Explorer, based on work by Uwe Dedering via Wikimedia (CC BY-SA 3.0).

The Bishop of Sokoto, Matthew Hassan Kukah thanked State Governor Aminu Tambuwal for imposing the curfew to quell the protests, as well as the security forces for preventing further damage to diocesan facilities.

The diocese added, “Contrary to reports in circulation, we wish to deny that there was an attack of any kind against the residence of Bishop Matthew Hassan Kukah.”

“The Bishop calls on Christians to remain law abiding and to pray for a return to normality. All masses in the metropolis of Sokoto have been suspended until the curfew is lifted.

Sokoto is a predominantly Muslim city of over 600,000 located in the far northwest of Nigeria, a country roughly evenly divided between Christians and Muslims.

Bishop Kukah, who has led the Diocese of Sokoto since 2011, expressed his “deep shock” at the “horrifying murder” of Samuel on May 11. statement.

He said: “We condemn this incident in the strongest terms and call on the authorities to investigate this tragedy and ensure that all culprits are brought to justice.”

“The only obligation resting on his immediate family, classmates and school authorities is the assurance that those who are guilty of this inhumane act, regardless of their motivation, will be punished in accordance with the applicable laws of our country. .”

He continued, “It has nothing to do with religion. Christians have lived in peace with their Muslim neighbors here in Sokoto over the years. This matter must be treated as a criminal act and the law must take its cause.

“In the meantime, I wish to appeal to all Christians in Sokoto and surrounding areas to remain calm and pray for the repose of Mrs. Deborah’s soul. This is the first obligation we owe her. May God grant her eternal rest and comforts his immediate family.

Nigeria is ranked seventh on the Global Watchlist for the Persecution of Christians compiled by advocacy group Open Doors.

Christians in Africa’s most populous country have suffered growing insecurity in recent years amid attacks by the Islamist organization Boko Haram and the Fulani militia, a predominantly Muslim nomadic group.

Christian leaders have consistently accused President Muhammadu Buhari, who has ruled the country since 2015, of failing to curb the violence.

The son’s complete trust in his father