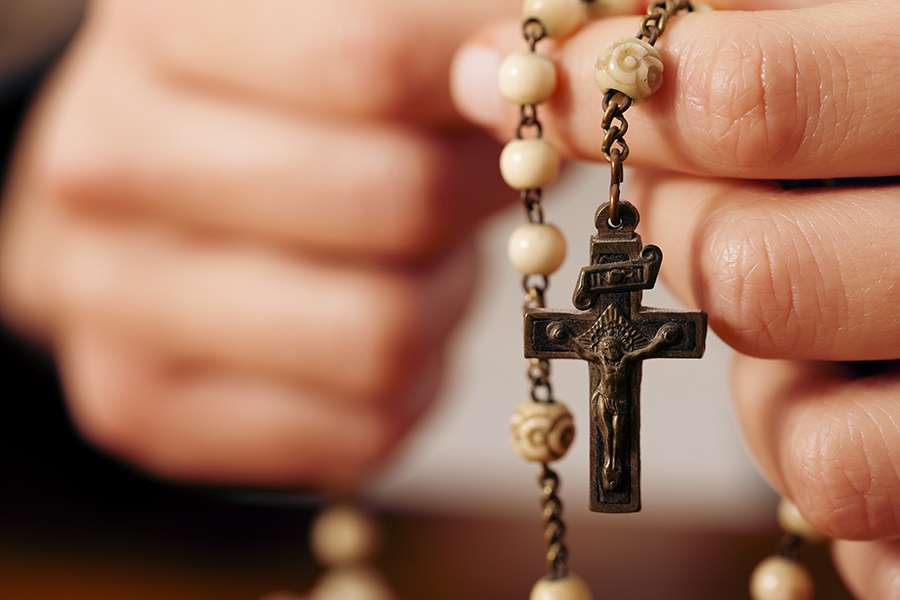 The initiative responds to Pope Francis’ invitation to bishops around the world in 2016 to establish a day of prayer for people who are victims of sexual abuse.

The Catholic Church in Italy held its first national day of prayer for victims and survivors of sexual abuse on Thursday.

Archbishop Lorenzo Ghizzoni of Ravenna-Cervia, president of the Commission of Italian Bishops for the Protection of Minors, declared that the day was an invitation “to prayer, to support the paths of human and spiritual recovery of victims and survivors. , by whomever they have been hurt, however gravely, inside or outside the Church, for families and communities touched by the mourning of their loved ones.

The Italian Bishops’ Conference has distributed prayers and other materials on its website for dioceses and parishes to use during mass or other prayer services.

The initiative responds to Pope Francis’ invitation to bishops around the world in 2016 to establish a day of prayer for people who are victims of sexual abuse.

The proposal for a â€œUniversal Day of Prayerâ€ was made to the Vatican Pontifical Commission for the Protection of Minors (PCPM) by a survivor of clerical abuse.

According to a PCPM press release from November 17, “In the experience of our members, victims / survivors have often expressed the desire for prayer as an important part of their healing process.”

The dioceses of Italy observed the day in different ways. In the Archdiocese of Milan, Bishop Mario Delpini led Eucharistic adoration and celebrated Mass in the cathedral for the day of prayer on November 18.

In Genoa, Archbishop Marco Tasca said the archdiocese would celebrate the day of prayer on Sunday, November 21, with parishes praying a prayer written by the bishops’ conference.

The prayer begins: â€œFather, source of life, with humility and humiliation, we forgive you our shame and remorse for the sufferings caused to the smallest and most vulnerable of humanity, and we ask your forgiveness.

â€œLord Jesus, Son who came to reveal the mercy of the Father, we entrust to you all those who have suffered abuse of power, spiritual and conscience, physical and sexual; may their wounds be healed by the balm of your and our compassion; that they find welcome and fraternal help; may their hearts be enveloped in tenderness and filled with hope.

The Italian bishops chose November 18 for this day because it corresponds to the European Day for the Protection of Children against Sexual Exploitation and Sexual Abuse.

â€œWe know that child sexual abuse is a global and human problem,â€ wrote Cardinal O’Malley. â€œThe World Health Organization says that one in five women and one in 13 men report being sexually abused before their 18th birthday; and that at least 60% of child victims / survivors of sexual abuse never disclose their abuse. “

â€œThe most recent data we have received on the extent of child sexual abuse in the Catholic Church is no less grim,â€ he said.

â€œThese are amazing statistics,â€ said Cardinal O’Malley. â€œBut we cannot allow our reaction to them to obscure their purpose: to assess the steps taken by the Church to deal with this scourge; and to make any useful recommendations for the transformation of a failing system on a quantitative and qualitative level.

â€œWe can’t fix what we don’t recognize. We cannot restore broken trust if we do not address the heart of the matter. It requires honest investigation, independent investigation and informed action, â€added the cardinal.

He said the Church, civil society and academia could learn from each other to help shape a society that places “the protection of children at the top of the agenda.”

The cardinal said that in solidarity with Pope Francis’ initiative for a Universal Day of Prayer for Abuse Survivors, he would walk at sunrise on November 18.

Cardinal O’Malley, who was attending the meeting of American bishops in Baltimore, said he would walk with others “in silent fellowship of prayer with adult survivors of child sexual abuse, their advocates, brother bishops , religious leaders of many denominations and representatives. of civil society.

He said: â€œWe will come together as a global collective in recognition of our commitment – religions and civil society – to accompany survivors on a healing journey for all of us.