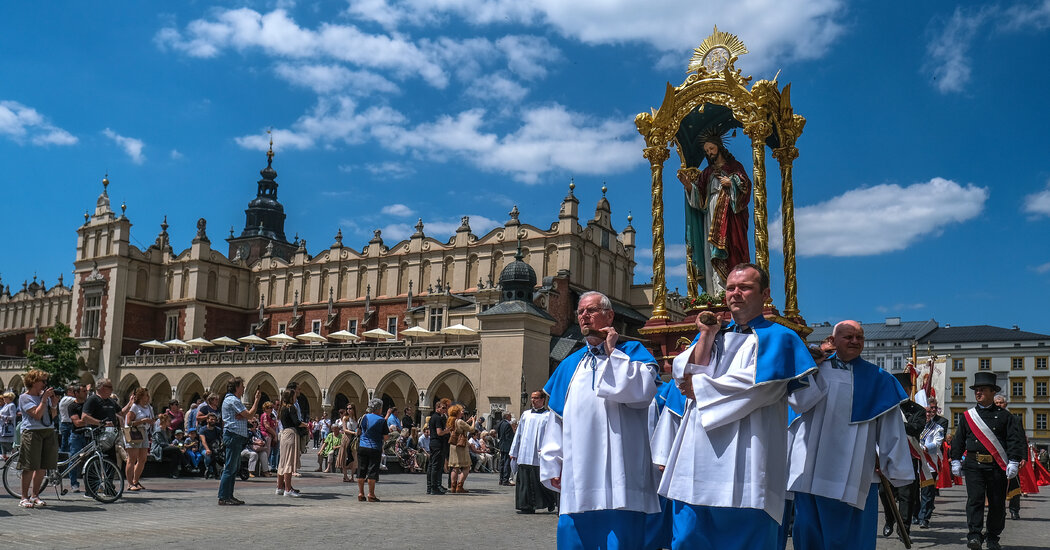 WARSAW – The Polish Catholic Church, beset with accusations that it ignored for years the sexual abuse of minors by members of the clergy, admitted on Monday that between July 2018 and the end of last year, she had received abuse complaints against 368 boys and girls.

Pleading for the “forgiveness” of “those wronged and all those who are shocked by the evil in the church”, the head of the Polish church, Archbishop Wojciech Polak, said the figures “do not express all the depth of the drama of the sexual abuse of minors perpetrated by clergymen.

Almost half of the last reported cases involved accusations of abuse against victims under the age of 15.

The timing of the figures’ release – just days after the Vatican said it was investigating negligent sexual abuse charges against a retired Polish cardinal – suggested an effort by the Catholic Church in Poland to to show that it is serious to fight against sexual crimes among the clergy, an issue that has seriously tarnished its reputation and upset Rome.

But the figures, compiled by the church in a voluntary survey of dioceses and monasteries across Poland, gave no clear indication whether the problem had worsened in recent years. More than three-quarters of the complaints reported on Monday concerned incidents of alleged abuse that occurred before 2018, with some dating back to 1958.

A previous survey released in 2019 found that 382 abuse complaints had been received by the church over the past 28 years.

In a country where 90 percent of the population identifies as Catholic, the issue of sexual abuse among some clergymen attracted little public attention until the release in 2019 and 2020 of two documentaries that provided shocking testimonies from victims who had been abused as children. .

The Polish church has struggled ever since to assure the faithful that it has the problem under control. Several high-ranking clergymen have been forced to resign or take early retirement.

In the latest such case, the Vatican on Monday accepted the apparently forced resignation of a bishop in southeastern Poland, Zbigniew Kiernikowski, who had been investigated for failing to act against abuse sex on minors in his former diocese.

The Catholic Church in Poland, one of the most respected institutions in the country, still enjoys high esteem among many Poles, but has struggled to stop a steady decline in regular church attendance, in especially among young people who see the church as too closely aligned with the deeply conservative country. and the openly anti-gay ruling party, Law and Justice.

The church’s support for a tightening of Poland’s already strict restrictions on abortion sparked a wave of protests that began late last year and added to growing disenchantment with the Catholic Church among de many young people.

Archbishop Polak, speaking to reporters on Monday in Warsaw, said data collected by the church on sexual abuse showed the church deserves public trust and that its “system of responding to prejudice against minors worked “.

The accusations of negligence against the retired Archbishop of Krakow, Cardinal Stanislaw Dziwisz, who had previously been personal secretary to Pope John Paul II, have been particularly damaging to the reputation of the church. A figure venerated in Poland and now canonized as a saint, John Paul II had also been Archbishop of Krakow before settling in Rome.

The Catholic Church is slow to change. As for the names of our churches, that is a…