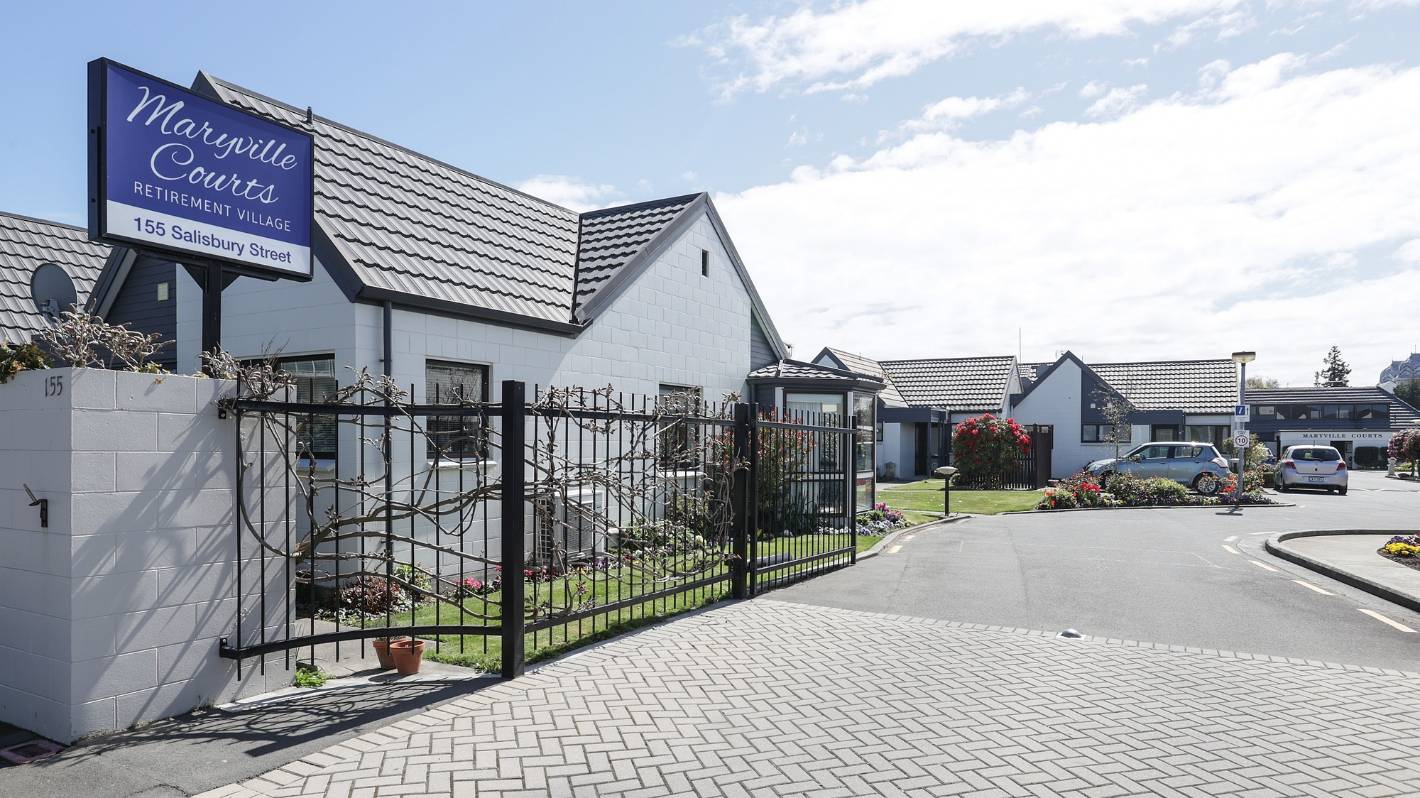 The Catholic Diocese of Christchurch sells a large retirement village to another church as it raises money for its new $ 100 million cathedral and central district.

Archer Group, a retirement village operator owned by a Baptist Church trust, purchases Maryville Courts in the downtown area for an undisclosed sum.

Maryville Courts has 65 villas, a community center and gardens on a 1.9 hectare site on Salisbury and Manchester streets.

It was one of the first such retirement complexes in New Zealand when it opened in the 1980s, and is run by a Catholic charitable trust.

The Catholic Diocese recently paid off the last piece of a bare $ 50 million riverside property that occupies most of the block between Colombo, Armagh and Manchester streets.

He will use the land to build a new cathedral to replace the demolished Cathedral of the Blessed Sacrament in Barbadoes St after the earthquakes, as well as a school and other facilities.

Real estate developer and investor Philip Carter owns a plot in the middle of the site and, as part of a deal with the church, will build a new office building and other facilities. Until the earthquakes, the land was home to Carter’s PricewaterhouseCoopers office tower.

The new cathedral is currently being designed by Christchurch architects Warren and Mahoney Architects and American firm Franck & Lohsen Architects. It will accommodate 1000 people.

The church paid Singapore-based Millennium and Copthorne Hotels Ltd $ 18 million this year for its plot on Colombo Street across from Victoria Square, where the old Copthorne Hotel was demolished after the earthquakes.

The block also includes two sites the church bought for $ 14 million and $ 7 million from Carter, and one $ 11 million site it bought from investor Ben Gough.

Tony Sewell, the Catholic Diocese’s property manager, said they were “making progress” on the design of the cathedral and the entire grounds.

“We are planning this year and will move from that to consent probably next year.”

In the meantime, the diocese is using St Mary’s on Manchester St, next to Maryville Courts, as a pro-cathedral until the replacement is built.

Andy Doherty, of the Catholic Diocese, said the sale of Maryville was part of “a larger strategy associated with funding the new cathedral and new parish centers.”

The diocese is amalgamating suburban parishes around Christchurch and hopes to raise $ 26 million by selling surplus church sites. He can also sell the now cleaned site of the Cathedral of the Blessed Sacrament.

â€œThe Archer Group, with its continuum of care model that we cannot replicate, is a seasoned operator who shares many of our values â€‹â€‹that we believe are very important to existing residents,â€ Doherty said.

The sale is expected to be settled in October.

Maryville was repaired and modernized after the earthquakes, in a process that included the diocese which sued the Earthquakes Commission for insurance settlement.

The Archer Group already owns and operates several retirement complexes in the Christchurch suburbs: Archer Village and Thorrington Village in Beckenham, and Linrose Village in Linwood. He has residential and dementia care facilities, which Maryville does not have.

The Archer Properties are owned by the Archer Memorial Baptist Home Trust.

In a statement, Archer Group general manager Graeme Mitchell said they were honored to buy Maryville and wanted to reassure the residents of Maryville Courts.

â€œArcher will strive to provide the residents of Maryville with confidence in their future and to provide these additional services to residents as members of the wider Archer family,â€ he said.

Door-to-Door Ministry Introduced Many People to the Catholic Church