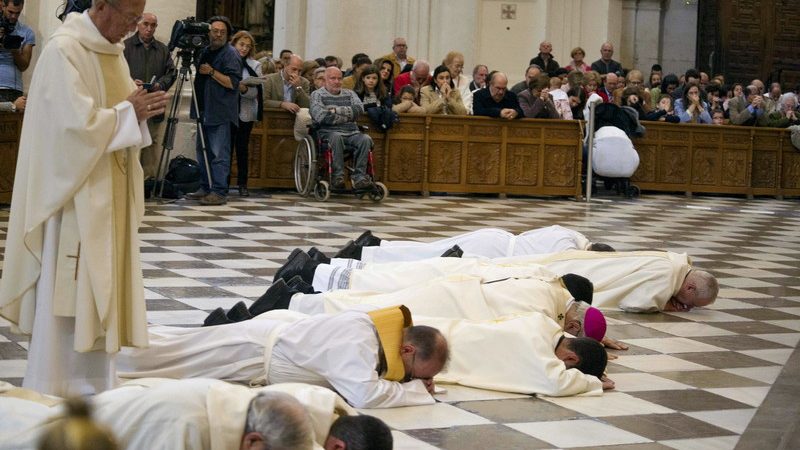 Spanish Catholic officials on Tuesday appointed a law firm to carry out a wide-ranging investigation into cases of child sexual abuse allegedly committed by clergy and workers in other church-linked institutions such as religious schools.

Madrid-based firm Cremades & Calvo Sotelo will conduct the independent audit alongside and in conjunction with the investigations already being carried out by the state, according to an announcement from the Spanish Episcopal Conference (CEE), EURACTIV partner EFE reported.

The bishops have taken a step towards their obligation of “social transparency, to help and offer reparations to victims and to cooperate with the authorities in cases of child sexual abuse that affect Spanish society”, said Juan José Omella, President of the CEE and Archbishop of Barcelona. .

Child sexual abuse in the Catholic Church has made headlines again in Spain in recent weeks after writer Alejandro Palomas went public with allegations that a priest raped him while at the La Salle Catholic School. Other former students have subsequently made similar accusations.

Vatican officials in 2021 informed the CEE that 220 Spanish clerics had been charged with pedophilia since 2001, of which 151 cases have been resolved and 69 remain open.

The Socialist Party, which leads the national government coalition, has announced that it will propose that the Spanish ombudsman’s office investigate crimes of child sexual abuse in the Catholic Church and its institutions.

Javier Cremades, head of the law firm Cremades & Calvo Sotelo, admitted that the investigation would be delicate and difficult.

“This is the most complicated problem we have faced to date,” he told reporters on Tuesday.

“We are starting from zero, today is the first day of this stage that the Church has decided to start, without limits of time or material,” he added.

The law firm will follow recent examples in France, the Republic of Ireland, Australia and Germany, where the Diocese of Munich asked law firm Westpfahl Spilker Wastl to carry out a similar investigation. Two German experts will travel to Madrid each month to help with the Spanish investigation.

[OPINION] The Problem With Welfare Christianity