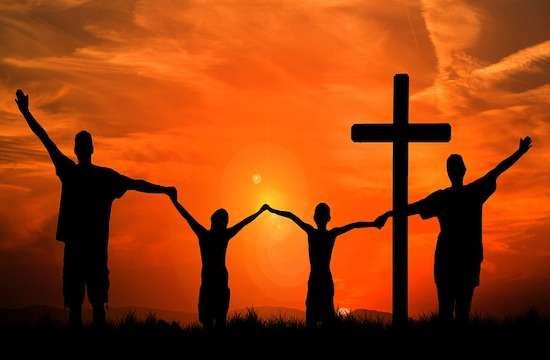 Catholic staff in Central Asia encourage young people to be more active in parish activities and help plan the future of nascent Church communities in the Muslim-majority region.

“In recent months we have carried out a total restoration of the spaces of our parish, which involved the church, the football, basketball and volleyball courts and an area to welcome pilgrims,” said the Father Ariel Alvarez Toncovich, priest of the Institute of the Incarnate Word and pastor of the Church of St. John the Baptist in Samarkand, Uzbekistan.

At the end of March, the church welcomed a group of 46 young people – 31 Uzbeks and 15 Tajiks – to better understand their spiritual needs.

“It is very important for us, it is an opportunity to form the Catholics of the future and the Church of which we dream for Central Asia”, Father Toncovich told Agenzia Fides.

“We explained to the participants what it means to be Catholic. The theme of the meeting was ‘What does God expect from the young people of Uzbekistan and Tajikistan?’, in accordance with the objectives of the Synod that Pope Francis is organizing, said he declared.

The meeting for Uzbekistan and Tajikistan was the second of three events devoted to young people from Central Asia during the year.

The first was in early January and the third will be a holiday camp during the summer month of August, which will hopefully strengthen young people in their journey of faith and welcome new people interested in knowing and experiencing Jesus. -Christ, said Father Toncovich. .

The Catholic faith in the Central Asian countries of Kazakhstan, Uzbekistan, Kyrgyzstan, Turkmenistan and Tajikistan has been reborn after their independence from the collapsed former Soviet Union in 1991.

Islam is the dominant religion in these five nations with an estimated total population of 72 million, mostly Sunni Muslims. The Christian side is predominantly Russian Orthodox.

The Catholic community in Kazakhstan, the largest of the Central Asian countries, numbers around 250,000 Roman Catholics and 7,000 Greek Catholics.

Turkmenistan, Uzbekistan and Kyrgyzstan each have between 500 and 3,000 Catholics, but an exodus of people of European descent means those numbers may not be accurate, especially in Turkmenistan. Tajikistan has around 150 Catholics, the lowest figure in the region.

Most Catholics in the region are Poles, Germans and Lithuanians.