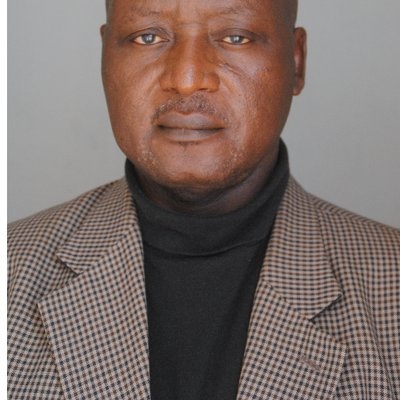 Reports on the persecution of Christians in southern Kaduna led to the arrest and imprisonment of Christian journalist Luka Binniyat.

Luka Binniyat, Christian journalist and spokesperson for the Union of Peoples of South Kaduna (SOKAPU), has been jailed according to a report by the International Christian Concern (CCI) on November 15.

After the massacre of 38 Christians by Fulani terrorists, Binniyat claims that the Kaduna State Commissioner for Internal Security and Internal Affairs, Samuel Aruwan, ordered his arrest.

Binniyat spoke to an ICC contact via WhatsApp about his situation. According to him, he was taken to Barnawa Magistrates’ Court in Kaduna and “locked me in a tiny prison crowded with rubber dinghies with tough-looking criminals.”

“I was smuggled here from the police detention center in Gabasawa after four days without a trial. [I was held in] dehumanizing conditions. I have not yet appeared before a judge. I fear my life is in danger. I just managed to get this phone, ”he said.

Another Kaduna-based journalist, Steven Kefas, was convicted in 2019 for statements he made regarding a local leader in the Kajuru local government area in Kaduna. He spoke on behalf of Binniyat and gave a brief overview of the perilous position of Kaduna State. A “powerful voice” at SOKAPU is silenced by locking up Binniyat, Kefas said. “His selflessness will be missed. A huge void has been created. Who knows, maybe that is even the true intention of his jailers.

According to a related Christian message report, Binniyat, a Nigerian Roman Catholic writer and father who writes for anti-communist news media The epoch of time, was jailed last week for reporting on attacks against Christian communities in Nigeria.

“On Tuesday, Binniyat was brought to justice in Barnawa Magistrates’ Court in Kaduna State,” the outlet said. “He has been charged with cyberstalking, a charge which critics say is often used in the African country to silence the media.”

Epoch Times Africa Desk editor Doug Burton was also interviewed by the Christian Post, and he explained the situation.

Burton believes Binniyat’s October 29 article titled “Police in Nigeria Declare Massacres as ‘Wicked’ But Make No Arrests,” contributed to his arrest. Binniyat recounted in the article the continued slaughter of Christian farmers in Nigeria by Fulani extremists.

He also quoted a Nigerian lawmaker who said that the Kaduna government “was using Samuel Aruwan, a Christian, to confuse in order to cover up the ongoing genocide in Christian south Kaduna by describing the measure as a ‘clash'”. rather than as a planned act. of violence against Christians.

But according to Burton’s interpretation, what Binniyat accomplished there was proof that the commissioner was presenting a misleading account.

“For this reason, I think the authorities, although they knew they would be pushed back for prosecuting a dissident journalist, they decided they had to do it because they want to silence his voice,” a- he declared.

Burton added that Binniyat has been charged with cyberbullying Aruwan, a federal violation that prevents him from receiving bail and therefore putting him in jail.
The CPI also recently published a report on how state governments in Nigeria are escalating the persecution. Of particular concern are the twelve central and northern states that promote or allow the application of sharia law and the use of sharia courts to enforce Islamic religious precepts. Kaduna State is one of the Sharia Compliant States.

In addition, Governor Nasir El-Rufai of Kaduna, who recently imposed restrictions on religious expression by resurrecting the former Interfaith Preaching Regulatory Council from the military mandate, is cited in the report as a cause for concern.