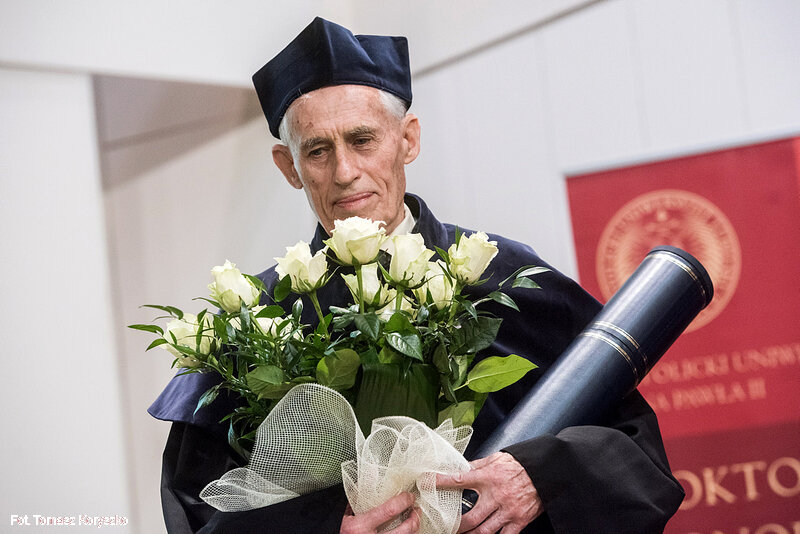 TEHRAN — Noting that the Abrahamic prophets were great reformers of their time, a Christian religion philosophy professor says Christianity and Islam are trying to secularize the world towards a religious outlook.

“We have so much in common that we should both seek to convert the secular world to a religious outlook,” Richard Swinburne told the Tehran Times.

“I certainly accept the idea that they were the great reformers of their time.”

Professor of philosophy of Christian religion at the University of Oxford from 1985 to 2002, he believes that the heart of the Abrahamic religions is represented by the worship of one God and concern for humanity.

“The core of the messages of the Abrahamic prophets is contained in the Ten Commandments. (See Exodus 20); and the prophets continually recalled the notions of these commandments, centering on the obligations to worship one God and care for our neighbors . “

Here is the text of the interview:

Q: What are the main differences between the teachings of the Abrahamic religions (Christianity, Judaism and Islam) and other religions such as Buddhism? The existence of an omnipotent and omniscient God?

A: Yes. The three Abrahamic religions affirm that the universe was created and maintained in existence (by maintaining the laws of nature in force) by an omnipotent, omniscient and perfectly good God who freely chooses to do so; and can, if it wishes, interfere with its regular functioning by setting aside the laws of nature. Moreover, these religions are all based on the Scriptures of the Hebrew Bible (which Christians call “the Old Testament”).

On the other hand, the spread of Christianity in the Western world during the first five Christian centuries involved no use of physical force and was accomplished by the preaching of the Christian gospel and by the example of so many Christians who were subjected to a cruel death if they refused to deny their faith. (According to historian Gibbon, “the blood of the martyrs was the seed of the Church.”) The use of force to expand the Church would have been contrary to the example of its founder, Jesus Christ, who s It is permissible to be crucified rather than attempt to impose one’s views by force. There have been no religious wars or persecutions of heretics in Christian countries for the past two centuries, and all Christians agree that every human being has the right to practice his religion. I don’t know enough about Islamic history to know exactly what Islam’s position is on these issues. But I was led to believe that its expansion in the early Islamic centuries and thereafter was largely the result of military conquest. But Islamic states have been far more tolerant of Christian and Jewish subjects than (in the past) Christian states have been of Islamic subjects. However, some Islamic states today consider it a very serious crime for a Muslim to convert to Christianity or for any Christian to seek to persuade them to do so.

However, there are significant differences between the doctrines of Christians and those of Judaism and Islam – notably, Christians affirm that God is a Trinity (three persons of the same essence) and that the second person of the Trinity, the Son, became incarnate in Jesus. Christ, lived 30 years on earth, preaching his gospel, was crucified for it, but rose from the dead after three days; and that his death provides atonement for our sins. These are central demands of Christianity, and unlike the central demands of Islam, I see no reason for convergence of views. Both Christianity and Islam believe in the importance of converting others to their faith, so we must each seek to persuade ourselves by rational means of the truth of our different views.

Although as a Christian I believe that Christian doctrines are more likely to be true than other doctrines, and I defend this in my writings, I hope I am open to taking seriously all Muslim arguments, seeking to persuade me otherwise. However, we have so much in common that we should both seek to convert the secular world to a religious outlook.

Q: In Islam and Christianity, there is a divide between scholars who believe that the existence of God can be proved by rational arguments and thinkers who reject rationalist methods emphasizing intuition and unfair models. rational to conceptualize the notion of God. Do you agree with the first group (rationalists)?

A: I believe this is a basic principle of epistemology, which I call “the credulity principle”. that it is always rational to believe that things are as they seem to you – in the absence of counter-evidence. Therefore, if it seems to someone that he has a deep experience of God, it is rational for him to believe this – in the absence of counter-evidence. It is also a basic principle of epistemology, which I call “the principle of testimony”, that it is always rational to believe what someone else tells you – in the absence of counter- proof. Therefore, if the only people you know tell you that there is a God, it is rational to believe them – unless you have the slightest evidence to the contrary. But in the modern world, almost all of us are aware of counter-evidence in the form of people telling us there is no God or producing arguments purporting to show us that there is no God. Therefore, almost all of us need arguments in the modern world to show that there is a God. The production of such arguments is called “natural theology”, and natural theology has always been part of Christian and Islamic thought; and we need it much more today than in the past. I’ve written extensively in support of the idea that the existence of the physical universe, its conformity to natural laws, the fact that those natural laws lead to the evolution of humans, and that humans are conscious, makes it likely that the universe was created and is sustained by God.

Q: How do you respond to the “problem of evil”, which attempts to interrogate the main monotheistic religions: how could God allow humans to do evil and suffer?

A: God gives humans agency and the power to make big differences in the world, others, and themselves. It’s a great gift, but almost inevitably, many humans sometimes make bad choices and thus cause a lot of pain and other suffering to others. Such suffering, which is the result either of a human’s deliberate choices or of a human neglecting to prevent it, is called “moral evil”. But there is also “natural evil,” that is, pain and suffering caused by natural processes that humans have not yet learned to control; they are the incurable diseases, the accidents and infirmities of old age. If the only choices we had were to deliberately harm or not harm others or neglect to prevent them from being harmed, many of us would have relatively few opportunities to make serious choices. But the occurrence of any natural evil gives each of us a choice – if I have a disease, others have a choice to sympathize with me and try to cure me, or to be insensitive and ignore me. : and I have the choice to bear my suffering with patience or to be bitter about it. Humans are so made that each time we make a choice of a certain type, it becomes easier to make the choice of that type the next time. If we decide to tell the truth when it is very difficult for us to do so, it will be easier to tell the truth next time; and by continually forcing ourselves to tell the truth, we naturally become people who tell the truth. Thus, we can modify our characters. Thus, evils of both types give us choices with significant effects for good or bad in the moment and gradually allow us over time to become good people or allow us to become bad people. It is a great gift from God that we are like this, mini-creators, making a difference for the world, for each other and for ourselves. Evils provide these opportunities. If God had arranged the world so that there were no evils, we would have no serious responsibility towards it, and it is good for us to have this responsibility.

Q: What are the main messages of the Abrahamic prophets? Some scholars say they were great reformers of their time, but their followers distorted their messages and teachings over time. What’s your comment ?

A: The heart of the messages of the Abrahamic prophets is contained in the Ten Commandments. (See Exodus 20) The prophets continually reiterated the notions of these commandments, centering on the obligations to worship one God and care for our neighbors. They also developed and applied these commandments in various ways. I certainly accept the idea that they were the great reformers of their time, and I do not see their message being distorted at all in the written texts of the Hebrew Bible.

(The views expressed in this interview do not necessarily reflect those of the Tehran Times.)