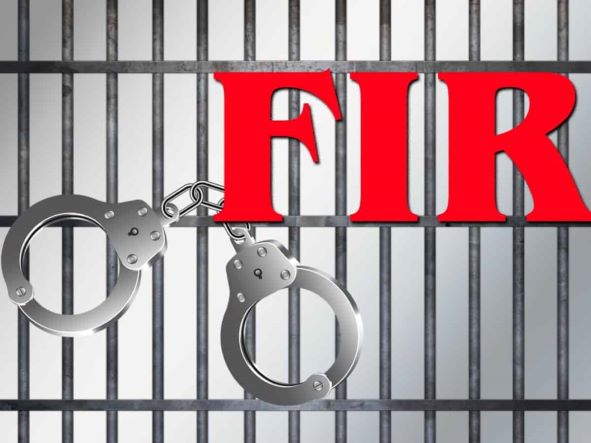 Christianity forced man to see his newborn, his wife in Chitradurga

Chitradurga, (Karnataka), January 25 (IANS): A man has filed a complaint against his father-in-law and other relatives for forcing him to convert to Christianity at Hosadurga police station in Chitradurga district, Karnataka, police said on Tuesday.

Marappa, a resident of Buga Jangam settlement in Aravind Nagar near Hospet, alleged that he was not allowed to see his newborn baby and his wife.

He said he was threatened, blackmailed and assaulted by the wife’s family members for converting to Christianity.

The complaint was filed against Vasanthkumar, his father-in-law, Ramachandrappa, his wife’s grandfather, parents Sudhakar, Manjunath, Sankappa. The case again sparked a debate about religious conversions in the region. Local BJP MP Sudhakar raised the issue in the Assembly session and later the ruling BJP introduced the anti-conversion bill.

In his complaint, Marappa said on July 6, 2020 at his wedding he was forced to bathe in holy water and said he was now a convert to Christianity. The accused had torn up and burned the photos of the Hindu gods, asking him not to worship them.

The accused told him that the Hindu goddesses Sunklamma, Maramma, Durgamma are only “demons” and that he would go to hell if he worshiped them.

The complainant had sent his wife Sarala during her pregnancy to her parents on December 2, 2021. Marappa mentioned in the complaint that he learned about the existence of the newborn from others.

When his brothers Doddahusseni, Sana Hussaini, Karthik, Chandru went to see the baby, the accused mistreated them and did not allow them to enter their residence, police said.

Police said the complainant was told that if he followed Christianity, only then could he see his newborn child and his wife and also take them home. When questioned, his brothers were assaulted.

Marappa demanded that the police take action against the accused for hurting his religious feelings and send his wife and child with him.

The case was brought to the attention of Hyderabad Karnataka Alemari (Nomad) Budga Jangam Jagruthi Samithi and the plaintiff met with local BJP MP Goolihatti Shekar to seek justice. The police are investigating the case.

Will the Catholic Church canonize a left-wing activist?