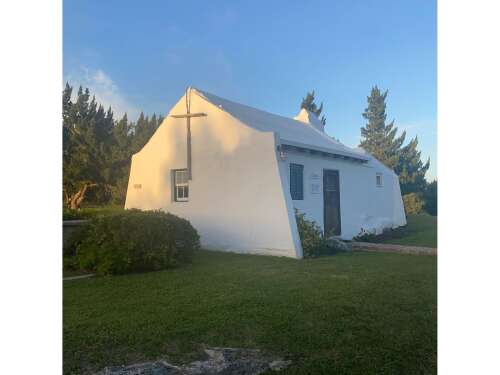 This month, we are focusing our faith article on Christianity.

It’s almost as if this particular religious group needs no introduction. With just over 30% of people identifying as believers of the Christian faith, it is the most populous religion in the world. However, if it is the most common, it is also, in my humble opinion, the most complicated.

However, the purpose of this feature is not to explain or criticize this fact. Instead, the goal here is to highlight the core beliefs of the Christian faith that most, if not all, denominations have in common.

Faith itself is based on a few fundamental and important beliefs. Here is some:

Christians believe in one God. Christians believe that God is the creator of the universe and continues to sustain life in it. This monotheistic principle finds its origin in Jewish culture. Like Judaism, Christianity is also an Abrahamic religion and reveres Abraham as the father of the faith.

The Bible is the sacred book from which Christians derive their beliefs and teachings. Interpretation of Scripture varies by denomination, but all Christians use the Bible as their holy text. The Bible is divided into two parts – the Old Testament and the New Testament – inspired by God through man over a period of approximately 1,500 years. It is a collection of books that include history, advice, encouragement and prophecy.

In addition to the belief in one God, Christians also believe that God had a son, Jesus Christ, who took on human form when he was born from the Virgin Mary. He was sent to earth for the specific purpose of dying for the sins of mankind and fulfilling the plan of salvation promised in the Old Testament of the Bible.

Jesus, or the Messiah as many call him, is the central figure of the Christian faith. Although denominational doctrine may vary on the principle of salvation, all denominations agree that to receive it, one must believe in Jesus Christ as the Savior of the world.

Understanding salvation can get complicated because different interpretations of Scripture draw different conclusions. But in simple terms, salvation means being saved from the consequences of sin. It is a gift given to mankind by God through the sacrifice of Jesus Christ. By receiving this gift, Christians are promised eternal life in heaven.

Organized or communal worship is another important component of faith. Believers of different faiths come together to express acts of worship and share their faith with each other. How and when this happens differs from denomination to denomination, but time spent in fellowship with God is an important part of the Christian life.

It is difficult to say when Christianity was formed. Its story begins with the life and death of Jesus Christ and it has become something of a global phenomenon. So much so that the timeline of the Gregorian calendar – the most widely used calendar in the world – is based on the timeline of Jesus’ life.

The popularity of the faith has led to the inclusion of many of its observances as cultural practices. Holidays such as Good Friday, Easter and Christmas are all very popular in Western culture. They constitute a large part of human life, for Christians and non-Christians alike.

In Bermuda, Christianity is the dominant religion. The 2010 census report highlighted that over 40,000 people living in Bermuda at the time identified as Christian. Unfortunately, we don’t have more recent statistics, but it would be safe to say that it remains the largest religion on the island.

There is so much more to know about the Christian faith and its history than space or time allows. The history of the faith and the doctrinal contrast from one denomination to another is fascinating, to say the least.

But beyond the differences, Christian denominations around the world have built their faith on the love of Jesus Christ, the desire to worship him and the mission to share this love with their neighbors around the world.

It’s safe to say that they collectively achieved that goal. Christianity has permeated just about every aspect of human life. Vestiges of his beliefs can be found in pop culture, education, business, and even the highest levels of government and justice.

It is truly a wonder of the world, having made its way to every part of the globe, transforming lives and offering the gift of salvation to anyone who chooses to accept it.

We will continue to share stories of faith within the Bermuda Christian community as this faith continues to influence our island and its people.

First Catholic Mass celebrated in Geneva Cathedral since the Reformation