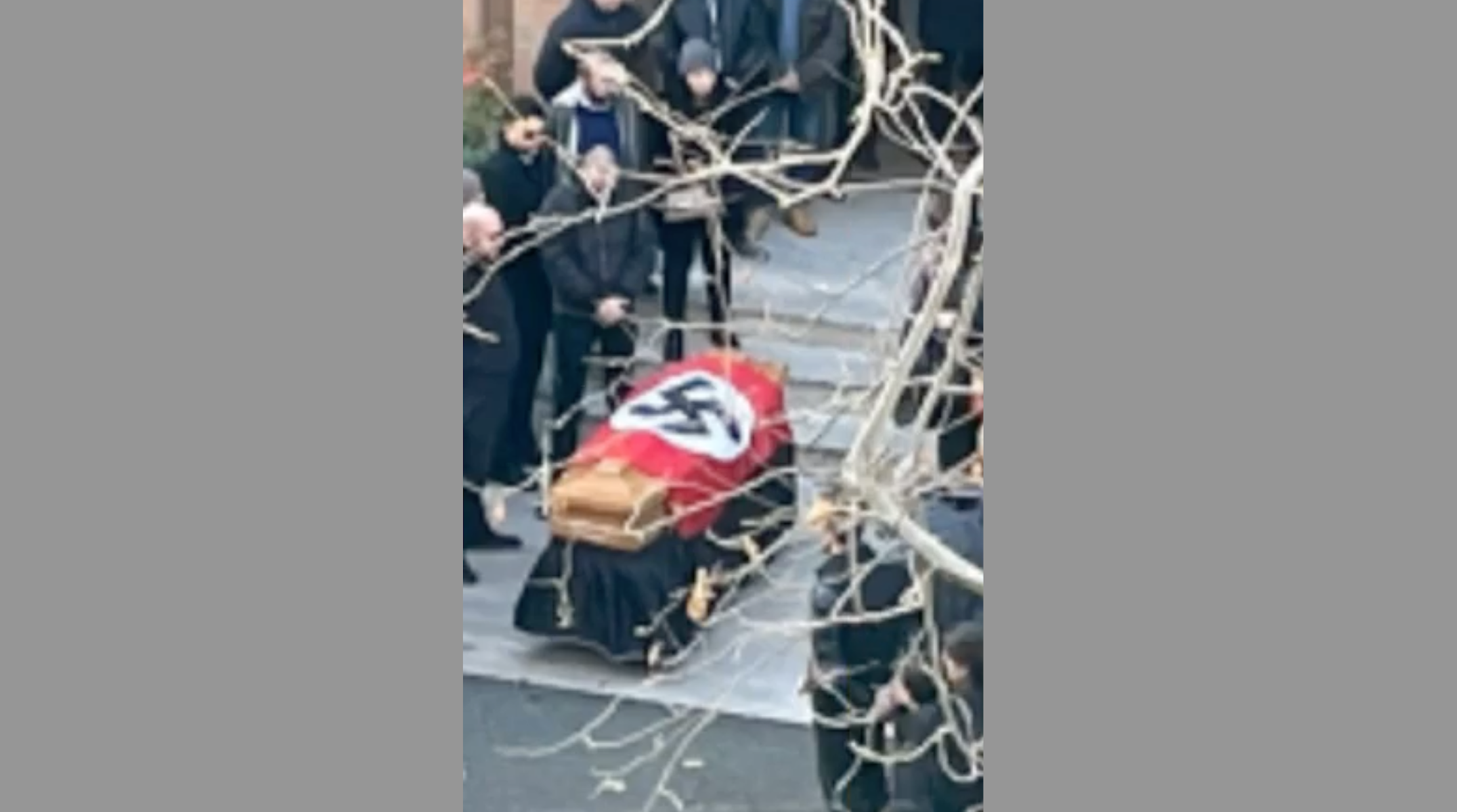 (JTA) – A funeral procession outside a local church in Rome featured a coffin wrapped in a Nazi swastika flag, sparking outrage in the Italian capital.

The Roman Catholic Church has strongly condemned Tuesday’s incident. In a report, the Vicariate of Rome called the incident “serious, offensive and unacceptable”.

The Italian news site Open was the first to publish photos and videos of the scene of the Sainte-Lucie church in the Prati district. A group of about two dozen people can be seen lining up on both sides of the cemetery to greet the swastika-draped coffin of Alessia “Tungsy” Augello, 44, a member of the Italian political party of extreme right New Force. Augello died in hospital on January 7 due to complications from thrombosis.

After mass, Augello’s coffin was greeted as it exited the cathedral with cries and Nazi-style salutes.

In a statement, a Roman Jewish community organization said the incident was “all the more scandalous as it took place in front of a church”, according to Reuters.

“It is unacceptable that a flag with a swastika can still be displayed in public today, especially in a city that saw the deportation of its Jews by the Nazis and their fascist collaborators,” the statement continued.

The reverend and parish priest, Alessandro Zenobbi and Paolo Emilio, who performed the funeral, said they were unaware of the swastika flag.

“Unfortunately, what happened outside the church at the end of the celebration happened without any authorization from the parish priest or the celebrant priest, who were both unaware of what was going to happen” , they wrote in a joint statement on the church’s official Facebook page.

“The Diocese of Rome, in its various ecclesial components, has been working with determination for some time to train, educate and therefore deactivate any mechanism of hatred, opposition, violent and discriminatory ideological temptation”.

The ultra-conservative and anti-immigrant New Force party wants to be non-violent, but some of his supporters have committed acts of violence, including during protests against public health measures related to COVID-19.

Police are investigating the incident as a possible hate crime, Reuters reported.

How “Christian” transcended the label “Protestant” …… | News and reports