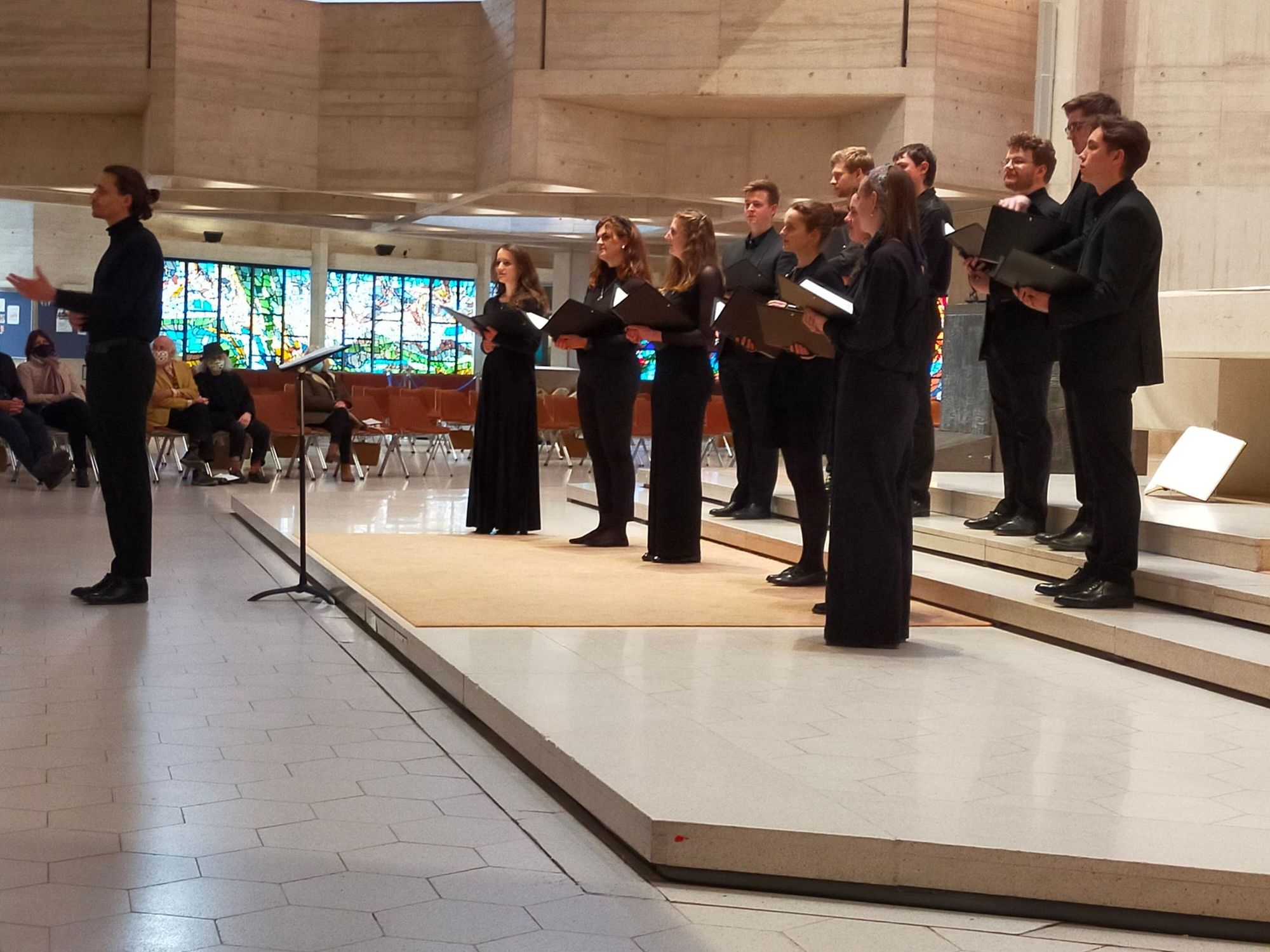 Choral music, especially Renaissance polyphony, remains a niche of interest among musical genres. He is often referred to as an elitist due to the same social strata he attracts every time. And without a doubt, it is the least diverse of all musical genres.

To prevent it from becoming a relic in the current zeitgeist, it urgently needs artists with an evangelical zeal to bring the ethereal beauty of polyphonic music to the masses. Freddie Crowley eminently qualifies as one of these musical evangelists. He’s not your average ‘kapellmeister’ – choral music may have found its own Nigel Kennedy! Corvus Consort, conducted by Crowley, performed at Clifton Cathedral as part of their UK mini-tour, bringing an enchanted hour-long collection of polyphonic gems.

The evening began with a capricious interpretation of “Sancte Deus” by the famous English Renaissance composer Thomas Tallis, who belongs to the reign of Henry VIII. Despite the seismic events that have taken place around religion in England, this piece is reminiscent of a Marian antiphon where voices are needed to do vocal gymnastics when the bass part sometimes peaks above the tenor line. Corvus Consort has masterfully executed this choral gem. The extended final amen brought the sensitive audience to a quiet rest.

The public was then treated to a choral composition 400 years apart with an impeccable interpretation of “Reproaches” by John Sanders. It was originally composed for the Good Friday service in Gloucester Cathedral in 1984, but is now widely performed in non-liturgical settings. The choir was divided into two sections: one group sang the plainsong line while the other responded in highly ornate harmony. The perfect interpretation was enhanced by the acoustics of the spacious hall which captured the contrast between divine firmness and human frailty.

Of particular importance was the next piece of music, ‘Emendemus in Melius. The 16th century Portuguese composer Vincente Lusitano has only gained recognition in recent years. As a composer of African descent, Lusitano was almost unknown in choral circles. Originally written for Ash Wednesday, the supplicants begged divine forgiveness for their failings in this haunting rendition.

Audiences were then treated to a rare vocal gem that only became fashionable thanks to an exceptional scholarship. It goes without saying that Renaissance music was exclusively a male domain. But here is a composition of ethereal beauty imbued with a simplicity that springs like a ray of sunshine after a dark night. This setting of ‘Stabat Mater’ was made by a lesser-known composer, nun and lutenist, Sulpita Cesis, which dates back to 1619. It is about the sorrows of Mary following the death of her son. The interpretation by the refined choral ensemble of Corvus Consort succeeded in perfectly conveying the poignancy of death and the act of mourning.

Next, it was time to introduce Freddie Crowley’s frame. The piece was composed some five years ago and audiences at Clifton Cathedral had the first public performance of this poignant choral masterpiece.

The penultimate composition of the evening was a Renaissance choral classic by William Byrd that has been part of the choral repertoire since it was composed some 400 years ago. ‘Civitas Sancti Tui’ is a lamentation over the destruction of the city of Jerusalem during the Babylonian captivity. But this is still seen as a cryptic political statement about the disintegration of the Catholic Church followed by the English Reformation. It’s a swan song of evanescent beauty, skilfully captured by the Corvus Consort ensemble.

The centerpiece of the evening came from renowned contemporary Scottish composer James MacMillan. A composition of human contrition and divine forgiveness was particularly moving during the Lenten period. The ensemble rose to the challenge of performing this technically demanding staging of MacMillan’s “Miserere”. The composer deftly amplified various elements of Allegri’s immortal staging of “Miserere” to the delight of the audience who erupted into a loud standing ovation.

Speaking to Epigram on the selection of pieces for the evening, Crowley reiterated the importance of featuring and performing lesser-known composers who would otherwise have been consigned to oblivion. He was upbeat about releasing their debut album in September, which he says is a “joyful labor of love.” His boundless energy was contagious. He liked to talk about music without the slightest whiff of ego. As we said goodbye he promised to return to Bristol for another wonderful evening of choral classics.

Are you a classical music fan?