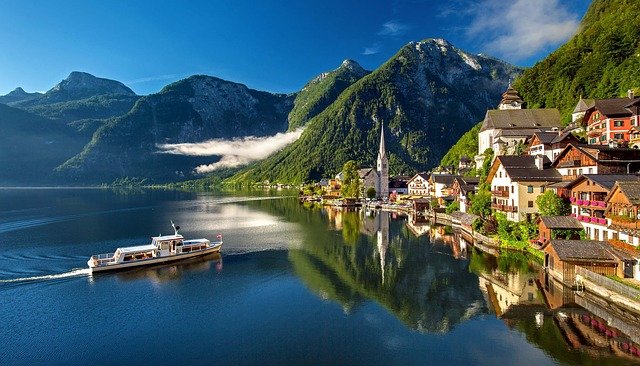 There is a famous philosophical thought experiment, attributed to Robert Nozick, which asks the question of the “experimenting machine”. Imagine being offered the possibility of being permanently placed in a sensory deprivation reservoir, where electrodes, capable of triggering an endless array of thoughts and sensations, will be connected to your brain. Any knowledge of the procedure will be purged from your memory., which means, for you, there will be no noticeable difference between real and simulated experiences. An endless world of fun and possibilities awaits you.

Would you enter this “machine of experience”? Nozick’s hypothesis forces the question of if the truth itself matters more than the illusion of truth. And moviegoers, of course, will recognize this as the very script dramatized by the villainous Cypher in the 1999s. The matrix.

And it was this thought experiment that kept coming to my mind as I read a series of recent discussions on the relative merits of “cultural Christianity.” By “cultural Christianity” I mean the traps and effects of traditional religiosity, even as mere echoes (within a secularizing culture) of a more vibrant history. In America, think of the motto “In God We Trust” on American coins, or the invocation “God save the United States and this honorable Court” at the start of Supreme Court sessions; many European countries, of course, have more layers given their history of formal religious establishment. These discussions have largely taken the form of stepping back from the misconception that “cultural Christianity” is not at all good. That conventional wisdom, for its part, tends to enhance the marginalization of the faith, or suggest that the decline of Christianity in the public square is a largely unspeakable good since it serves to purify the Church.

The problem with this take – to celebrate, that is to say the decline of “cultural Christianity” – is that it does not tend to reflect a great confidence in Christianity’s claims to the truth about human nature, the transformative effect of faith on individual lives, or the benefits for the “weaker brothers” to inhabit a sympathetic faith rather than a culture hostile to the faith. It is far from clear that a society completely purged of its historic Christian traces will lead to a stronger Church.

In a recent article at The American Conservative, three prominent supporters of “political Catholicism” repel on the position that “Christianity. . . can only be publicly significant when it is sincerely embraced and spontaneously expressed “and instead asserts a set of practices that might” not guarantee the salvation of every soul, but [that lay] down the structures that ma[k]th such a thing easier. Despite declining rates of formal religious participation among European audiences, the authors note that

Even in parts of Western Europe where mass attendance has declined, the annual festivals preserve the worship of local saints and patrons, as the feast of St. Peter in late June is commemorated by the fishing villages that dot the Mediterranean coast. In secular Germany and Austria, Sunday remains a legally prohibited day of rest. Like the quiet country shrines still visited by the faithful, these vestigial practices could once again become functional elements of Christian politics.

From a certain point of view, there are a lot of things that I agree with here. On the political level, I certainly support the deployment of “structural, embodied, material” realities which support the family, protect the dignity of workers, allow time for worship, and so on. And the article makes it clear that, contrary to some of the more vocal claims of their critics, the authors are not interested in a neo-inquisitorial project designed to root out the shadow of heresy in individual souls.

What I’m less sure of, however, is the possibility that “these residual practices may once again be functional elements of Christian politics” – at least in the absence of some sort of social transformation that would completely disrupt our landscape. current epistemic.

The great genius of Christian practice is that its prayers and liturgies teach — in a way that its visible symbols and cultural forms, when stripped of their surrounding context, not necessarily. You learn to appreciate the sense of aesthetics and practices through repetition, submission and repeated exposure, yes, but Also through catechesis and spiritual formation which take the interiority of the individual seriously. And I would argue that the latter is, in modernity, the necessary condition for a real engagement with the former. The educational effect of a practice is correlated with the relative “thickness” of that practice.

An obvious rebuttal to this accusation is that, like so many Protestants, I overintellectualize the issue; good theological understanding matters less than obedience and participation. It may be, but I would say this principle really only holds within an otherwise unified community of practice around the same set of formal commitments. This is because, in a situation (like ours under modernity) where Christian claims to truth are contested, alternative – heterodox – understandings of the meaning of Christian practices are always ready to replace orthodox understandings. It is common today to hear aggressive counter-narratives of Christian history, such as the cross itself represents a morbid fascination with death rather than the beauties of finite life. And we can easily innovate new arguments in the same direction: what if the linked beads of the rosary represented the oppressive hierarchy of the Great Chain of Being, a metaphysics that must be overturned?

In short, the possibility that the forms of “cultural Christianity” may be auxiliaries of the faith only really exists in an environment where the sense of these forms is not constantly contested. But today the outer markers of “cultural Christianity” have been – tragically – made ambiguous. And where the meaning is ambiguous, these markers tend at best to become expressions of simple sentimentality rather than real educational tools. In the British newspaper The temperature, Matthew Parris recently sketched a argument it should haunt all of us who would like to see a revival of Christianity in the public arena.

I do not believe in God. But I love the Church, I pay my subtitles to All Saints in Elton, I sing hymns, and I rejoice in the Old and New Testaments. I say my prayers every night not because someone is listening to me, but because I always have. . . . Let me talk about myself because there are millions like me. This is the Church of England we want to be a part of, if it’s twinned. It is intimately, inseparably associated with bricks, stones and windows, ritual and music, theologically unchallenged, with a certain slight vagueness as to doctrine.[.]”

What is risked by an uncritical assertion of “cultural Christianity” is this kind of theological potemkinism, an approach to culture that emphasizes the outward cues of belief rather than the thought-life of its inhabitants. , to the point where his ideal “Christian society” really becomes an experiential machine version of Christianity. On such a model, these indices are easily appropriate by those who are less interested in theological depth than in the politics of power.

Of course, as Christian tradition has recognized from its earliest days, no temporal power can constrain inner belief, and I certainly don’t mean to imply that anyone should try. Rather, it seems to me that the problem inherent in attempts to consolidate “cultural Christianity” testifies to a greater difficulty in invoking premodern societies as models for the reconstruction of postliberal societies: a harmony of shared cultural beliefs and practices cannot really hold inasmuch as individuals are, to some extent, epistemically isolated from challenges to these beliefs. And here we come to the logic of why the Catholic Church issued a Index Librorum Prohibitum– list of banned books – for so long: information must be controlled in one way or another, so that the meaning of critical Christian cultural forms is not made ambiguous. Under the conditions of radical intellectual pluralism generated by the printing press, the Internet, the modern smartphone, etc., I am not sure that the symbols of “cultural Christianity” can be invigorated as their advocates wish.

For my part, I am drawn to an appreciation of the Christian past of my civilization which is not quite so instrumentalized. Old churches and old invocations are worth preserving because they testify to the glory and beauty of God – and as far as I’m concerned, it is a sufficient end in itself, the one that has nothing to do with that of Parris pro forma ritualism or any attempt to bring the remnants of “cultural Christianity” back to political service.

As far as the salvation of souls is concerned, I think this process will probably have to proceed from the inside out, rather than from the outside in. Perhaps that makes me a Protestant par excellence, but I prefer to think that it makes me an observer of the time.

Thursday, the funeral of Monsignor Aldo Giordano in the cathedral of Cuneo