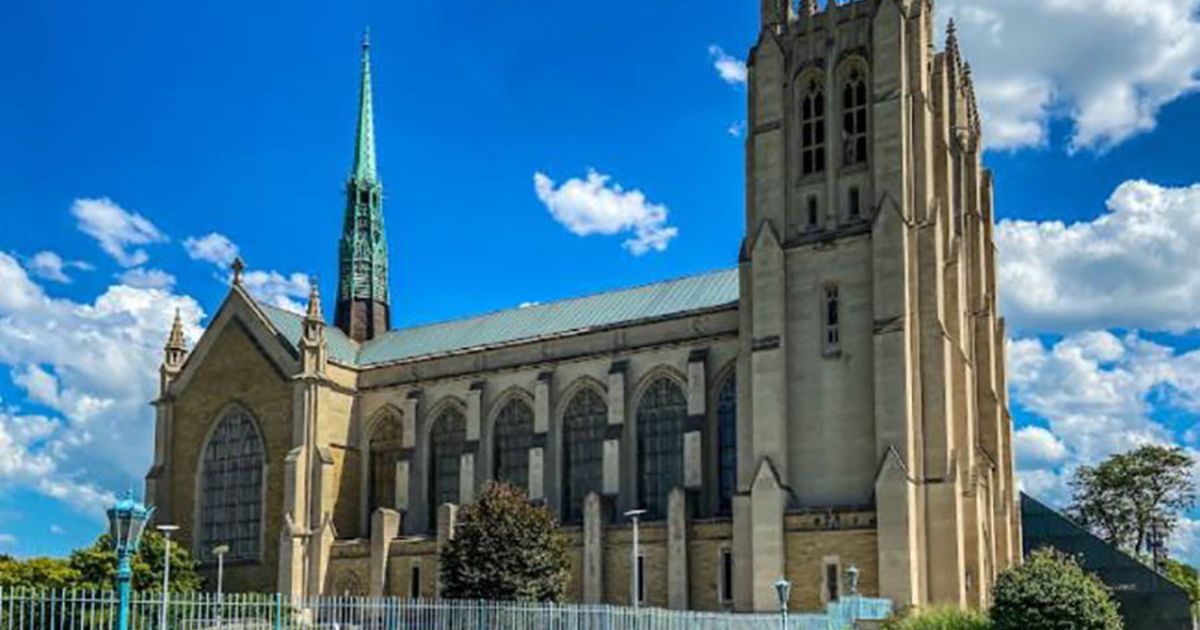 Over the past few years, Mech and a group of about 20 local lawyers, architects, and others — Catholic and otherwise — have studied historic land use, green space, and neighborhood accessibility within a half-mile of mile from the cathedral. The group also spoke with residents of those neighborhoods — Boston Edison/Arden Park, North End, Piety Hill, Gateway Community, Woodward Village and Highland Park — about needs in the area, held neighborhood cleanups, and invited people to community events.

“We wanted to make sure we were less of a fortress…reach out and be a draw for people,” Mech said.

The resulting plan developed with Detroit-based architecture firm Rosetti will seek to meet community needs and open the campus to the public, he said.

The cathedral is still finalizing much of the plan and assessing the costs associated with it, project manager Mark Garascia said, but two parts are expected to begin in the coming months.

To create the pilgrimage, the cathedral will install historic statues of the 12 apostles of Jesus, along with relics of each. These bone fragments were authenticated by Vatican officials in Rome, Mech said. They are among more than 80 relics the cathedral has, including one of Casey and others of saints, Mech said.

“Later on, there are plans to exhibit more, but that will likely exceed the two- to three-year plan,” Garascia said.

In the short term, the relics of the apostles will be enclosed in reliquaries and placed near the corresponding statues. The cathedral rescued and renovated the 8-foot-tall wooden statues representing each of the apostles and two statues of angels from the former St. Benedict in Highland Park, which closed in 2014. The work was commissioned for St. Benedict around 1927 and created in the town of St. Ulrich Groeden, in what was then Austria and is now in Italy, according to the archdiocese.

The cathedral will seek to raise just under $500,000 from individual donors, foundations and other churches to install the statues and reliquaries by spring 2023, Garascia said.

Once completed, the statues and relics “will be a place of pilgrimage for self-guided tours as well as other events,” Mech said.

The Catholic Church calls for greater political participation of Christians