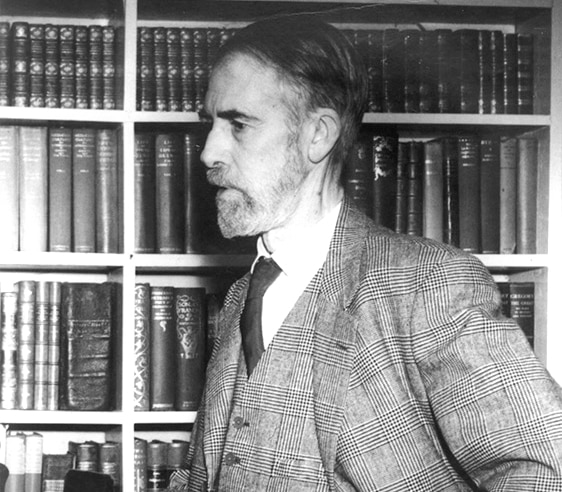 When distinguishing between his contemporary culture and those that are foreign and past, the English scholar and Catholic historian Christopher Dawson argues that the former is lived experience, the latter is distant and difficult to understand.

Such is the intimate and pervasive nature of its culture Dawson writes: “Western culture has been the atmosphere we breathe and the life we ​​live: it is our own way of life and the way of life of our ancestors; and therefore we know this not only from documents and monuments, but from our personal experience”.

In discussing Western civilization, Dawson also points out that what makes Western nations like Australia unique is the pervasive influence of Christianity. The Christian religion is so intertwined with the evolution and growth of the West that to deny it is to ignore what distinguishes the West from those less civilized and less advanced cultures.

The reality is that Australia’s political and legal systems, largely inherited from the UK, are deeply steeped in Christianity. Concepts such as the inherent dignity of the person, agency and the need to love one’s neighbor as oneself and to promote social justice and the common good are of Christian origin.

Throw away our heritage

From the time Chaucer wrote Canterbury Tales and Dante The Divine Comedy it is also true that Christianity underlies and informs much of Western literature. Likewise, in music and art, to erase Christianity is to deny the essential lifeblood that enriches and sustains so many imaginative and creative works at the heart of our way of life.

While Dawson describes Western culture, including Christianity, as “the atmosphere we breathe and the life we ​​live” and characterizes it as “our own way of life and the way of life of our ancestors”, unfortunately, we now live in a world where Western culture is undermined and ignored.

While the Western concept of a university owes much to its Christian origins, the academy has long since abandoned any commitment to Saint Newman’s ideal involving wisdom, truth and knowledge for its own sake.

Due to neo-Marxist inspired critical theory, especially postmodernism and postcolonial theory, Western culture is attacked as oppressive, heteronormative and guilty of racism and whiteness. Even Western science is not immune to critics who denounce it as an accomplice of European imperialism.

The grand narrative associated with the rise of Western culture, based on the premise that for all its sins there is much worth and much to keep, has been replaced by a piecemeal approach emphasizing riddled grievance studies of identity politics and victimization.

Instead of literary works being well conceived and valued as having something deep and lasting to say about human nature and the world we live in, they are deconstructed in terms of power relations and examples of capitalist hegemony. .

Tumble: the tumble has come

Each week, another work of literature is either canceled or rewritten in light of what activists on the cultural left define as acceptable by their woke standards. Examples include Twain The Adventures of Huckleberry Finn (racism and the word negro), by Shakespeare Romeo and Juliet (guilty of heteronormativity) and even children’s stories whose Cinderella (again heteronormativity) and Thomas the Chariot Engine (see as reinforcing capitalist hierarchies).

Under both Labor and Liberal governments, Australia’s National Curriculum, particularly the revised edition published in April last year, prioritizes the history, culture and spirituality of Aboriginal and Strait Islander people. Torres to the detriment of Western culture and Christianity.

In grade 7, while indigenous culture and spirituality is compulsory out of the remaining 5 cultures including Egypt, Greece, Rome, India and China, only one is compulsory, allowing schools to ignore teaching what historian Geoffrey Blainey describes as the founding cultures of Western Civilization – Egypt, Greece and Rome.

More alarming is the fact that history students encounter indigenous history and culture a multitude of times while Christianity is treated superficially and fragmented. The program refuses to acknowledge that Christianity is one of the defining characteristics of Western cultures, including Australia.

Dawson’s metaphor that culture is like the air we breathe is powerful and relevant. Although taken for granted, once lost it is too late.