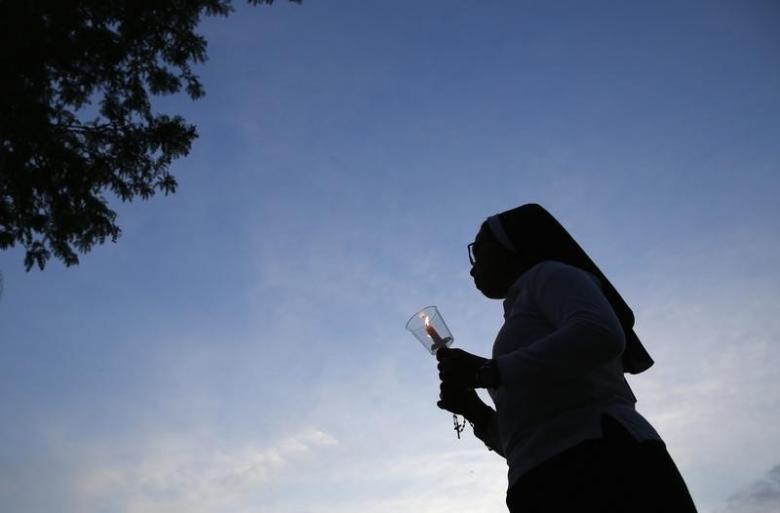 Was the fight against feminism at the heart of the first century church?

That’s the question a Catholic nun addresses in an article for the Global Sisters Report, an “independent, nonprofit source of news and information about Catholic sisters and the critical issues facing people who ‘they serve”.

Claiming that the Bible “shows how the early church was a feminist movement” and that it’s time to tell the true “story” of female discipleship, the article celebrates the news that Pope Francis has opened the door to expanding senior roles for women in the Catholic Church, citing scriptural reasons behind such a move.

The nun who wrote the piece is Nameeta Renu, a member of the Order of Consecrated Bombay Virgins in Mumbai, India. She compared the church to Mary and Martha, two women who were disciples of Jesus.

Renu, whose biography states that she has a doctorate in theology on spiritual orientation and integral formation, writes that while Martha embodied the “relatively conservative” views of the early church on the roles of women, which pointed to “more traditional roles,” Mary “represents the feminist church as envisioned by Jesus.

Questioning these two archetypes, Renu then suggests that Martha and Mary “represent the church at different points on the broad spectrum of feminism” and cites “Martha from the Margins: The Authority of Martha in Early Christian Tradition”, an article co-edited by agnostic atheist Bart Ehrman.

After asserting that God “wants men and women to be freed from patriarchy”, Renu says this can only happen “when the victims are freed from domination and when the oppressors are converted and freed from sin”.

“Mary Magdalene has a very important role in following Jesus, but she is excluded from the Twelve Apostles while Paul boldly calls himself an apostle to the Gentiles even though he was not a disciple of Jesus before his death and resurrection”, writes Renu.

Christian blogger Erica Lee, whose blog “Unfiltered & Free” examines gender and other topics through a biblical lens, told the Christian Post that filtering scripture through feminism will only fuel further division.

“The feminist movement is nothing more than another societal ploy to divide the population against itself,” Lee said. “Satan is the master deceiver and he works hard.

“All social justice movements pit us against each other when we are all one Body in Christ. Christ’s sacrifice on Calvary was the great equalizer.”

Lee also said characterizing Mary Magdalene as a type of “13th apostle” is without scriptural basis.

“It seems to me that the author is simply elevating an already important woman of the Bible to high status to remove perceived victimization,” Lee said. “Such twisting and manipulation of Scripture is dangerous.”

Renu’s article also goes against the traditional interpretation of Acts 6:3, which says that the apostles said to the disciples, “Therefore, brethren, choose among yourselves seven men of good reputation, full of the Spirit and of wisdom, whom we appoint to this duty” to distribute to the widows in the church.

According to Renu, there is little documentation of the identity of the “seven” who were chosen and that the church fathers often used gendered language “to represent all the baptized”, even in the Nicene Creed of 325 A.D.

Renu suggests that the seven could have been male, female, or a combination of both.

She also argues that because the head of the family traditionally receives the blessing for all family members, “some of the seven names could indirectly refer to their daughters, sisters, mothers, or other relatives.”

“They could even refer to couples or all of their family members selected for service,” she added.

Lee told CP that such hermeneutical teaching is “a direct reflection of the modern church” and cited a recent study that found only 37% of pastors adhere to a biblical worldview.

“It’s a heartbreaking accusation against the church,” Lee said. “Therefore, as a result, we see articles like this.”

Renu’s article appears to have been written in response to news from the Vatican that would allow women to serve alongside all-male clergy in the senior leadership of the Catholic Church.

Released in March, the new constitution calls for “the involvement of lay people and laity, even in roles of government and responsibility.”

The document, however, did not alter the role of women with respect to worship in the Catholic Church.

In most countries, women were already serving as readers and catechists in the Catholic Church. However, with formal ordination, more conservative bishops will not be able to prevent women in their dioceses from taking on these roles. Francis changed the laws of the Roman Catholic Church in January 2021 to officially allow women to give Bible readings during Mass, act as altar servers and distribute Communion.

Throughout his pontificate, Francis called for women to have more formal roles in the church, but stood firm on banning women from becoming deacons or priests. Catholic doctrine forbids the ordination of women as priests, as these roles are reserved for men.

In April 2020, the pope created a commission to study whether women should have the right to become ordained deacons. In this role, women would be allowed to preach and baptize, but not lead Mass.