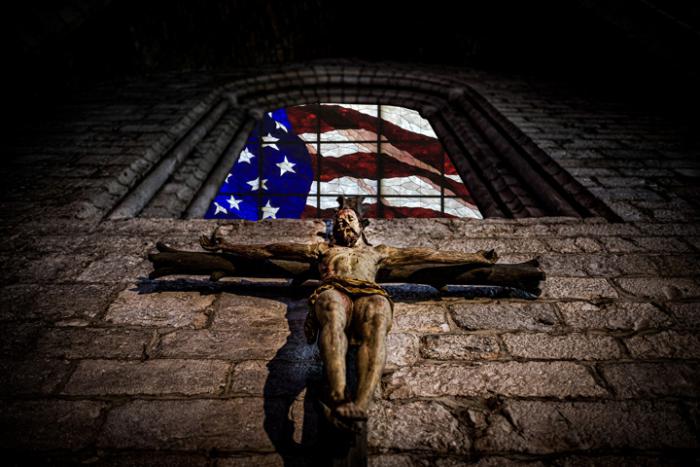 The Catholic Church and freedom

Help us extend our reach! Please share this article on social media

The overlap between the concern for the freedom of the Church and the founding principles of the United States, “conceived in freedom”, has stood up well to Catholics for generations.

“Trade republics, marked by political and economic freedom, better than any other form of political economy, have lengthened lives, lifted themselves out of poverty, and broadened the range of human choices” – this is less what the speaker asserted, at a conference I attended last week, as he approvingly paraphrased the thinking of Catholic philosopher Michael Novak.

It was something Archbishop Fulton Sheen could have said without controversy 50 years ago. In numerous episodes of “Life Is Worth Living,” Sheen explains how the Catholic Church firmly supports both freedom and free enterprise.

And Sheen wasn’t speaking for himself. There are dozens of references to liberty and liberty in the Catechism of the Catholic Church. Here is a choice passage: “. . . The common good presupposes respect for the person as such. In the name of the common good, the public authorities are bound to respect the fundamental and inalienable rights of the human person. The company must allow each one of its In particular, the common good resides in the conditions of exercise of the natural freedoms essential to the development of the human vocation, such as “the right to act according to a healthy standard of conscience and to safeguard. (…) Privacy and legitimate freedom also in matters of religion ”(n. 1907).

If one wants more recent authority, Pope John Paul II was an admirer of Novak. He even incorporated currents of Novakian thought into his main encyclical on economics, “Centesimus annus”. Of course, freedom is a constant theme in the magisterium of this great saint.

The overlap between the Church’s concern for freedom and the founding principles of the United States, “conceived in freedom”, has stood up well to Catholics for generations. Even when the Supreme Court mistakenly endorsed abortion as a fundamental freedom, and effectively held that religious freedom could only be guaranteed through a “naked public square”, Catholics had a strong position to push back – like labor of Father Richard John Neuhaus – – only because in their Catholic belief they could enthusiastically endorse genuine freedom as a great human good.

But some of the audience at this conference, aware that today’s Catholic opinion leaders, especially among the so-called “new conservatives”, tend to belittle freedom and prioritize the “common good”. Intended to test the speaker’s convictions.

“That phrase, ‘widening the range of human choices’, sounds disturbing,” someone said. “Isn’t that exalting just having options? Some people have argued that ‘the market’ tends to corrupt character, satisfying our thirst for more and more options.”

The speaker replied that the wider choice was in itself a good, as was a longer lifespan, but one could be abused like the other. Both demand virtue. To give an example, he said his father, the son of a poor immigrant, did not have the opportunity to go to college and took the first job he could get, that of a bank teller. in his small town. Instead, he attended college, had various offers in his life to work for global companies if he wished, and could do good things like traveling on pilgrimage to Rome. Certainly the options we had for medical care, reading and culture were good, he said.

I thought to myself: maybe people like the speaker’s father were better off to be so humble in their options. And yet it was undeniable that the range of options he described was, at first glance, a good, and we all lived as if we recognized it as a good.

The speaker added that a good education and a good family were almost essential to make good use of these choices – he himself was an example – that if the family breaks up, it should come as no surprise that people misused choices. I said to myself, I can’t contradict anything.

The founders were clear that the freedoms Americans enjoyed should be guaranteed by virtue, the speaker said. Novak, too, was clear that although a “trade republic” was good for fostering certain virtues, such as industry and optimism, it needed the full backdrop of a “culture of restraint.” But such a culture had to come from institutions outside the market, especially churches. I thought: Historically, Christianity has supported the vision of freedom in our country.

Another audience member spoke: “But don’t public schools make it difficult for families and churches to do this work?

“Yes, they do,” said the speaker, “but a concern for freedom would argue in favor of school vouchers, wouldn’t it?” – And I thought to myself that, it’s true, the Vatican II Declaration on Religious Freedom clearly teaches that it is a blatant injustice to charge twice the parents who want a religious education for their children. It is an argument for an appropriate concept of freedom.

Then someone asked, “But, as a people, do we care more about freedom? Consider vaccination warrants, for example, which offend public conscience. And the way we have accepted that businesses can be forced into bankruptcy or that owners absorb the costs of lockdowns. Do we not prefer a marginal increase in “security” to freedom? “

And the speaker had no answer to that question, and neither did I.

– Michael Pakaluk, scholar of Aristotle and Ordinarius of the Pontifical Academy of St. Thomas Aquinas, is professor at the Busch School of Business at the Catholic University of America. He lives in Hyattsville, Maryland with his wife Catherine, also a Busch School teacher, and their eight children. His latest book, on the Gospel of Mark, is “Les Mémoires de Saint Pierre”. Her next book, “Mary’s Voice in the Gospel of John”, will be published by Regnery Gateway.

Help us extend our reach! Please share this article on social media

Recent articles in the Spirituality section

Alf McCreary: Why there is hope for Christianity in Ireland