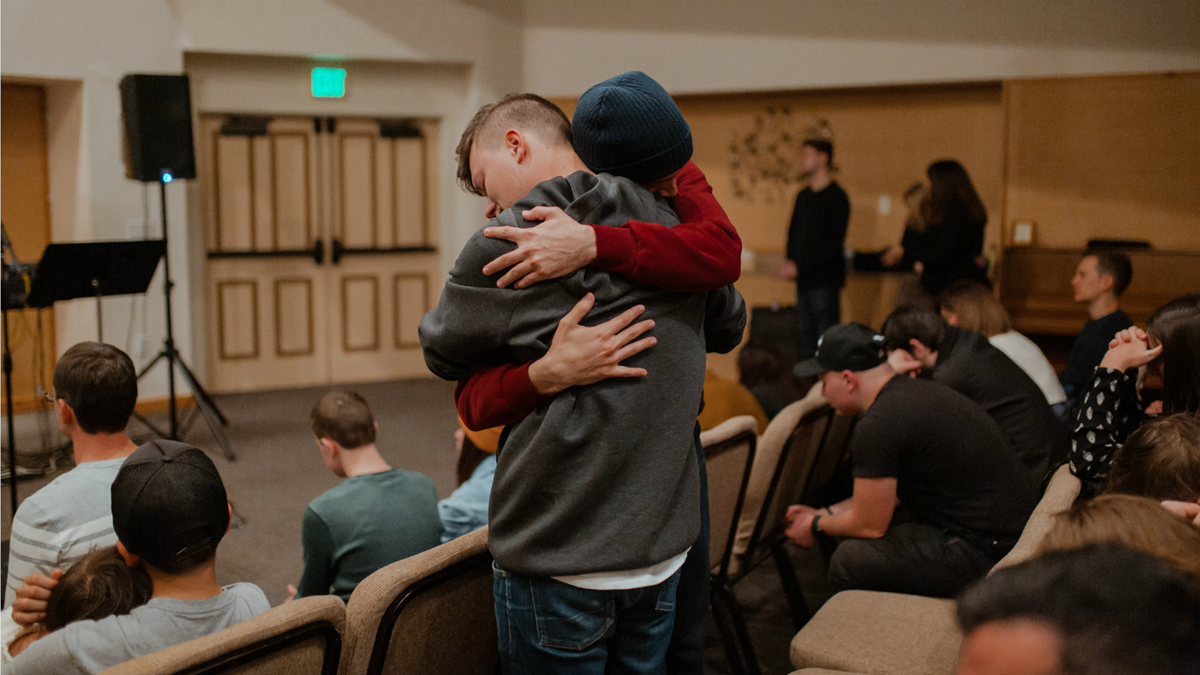 Evangelism is not a priority in Canadian churches …… | News and reports

If Canadians yearn for meaning in their lives during the COVID-19 pandemic, it’s unlikely anyone has told them about Jesus.

According to a recent poll conducted by Alpha Canada and the Flourishing Congregations Institute, 65 percent of church leaders say evangelism has not been a priority for their congregations in recent years. Fifty-five percent say their congregations do not equip Christians to share their faith.

Shaila Visser, National Director of Alpha Canada, said she was somewhat surprised by the numbers as she sees so many opportunities for Christians to share their faith. The pandemic, in particular, has caused people to ask important questions about the meaning and purpose of their lives.

“The opportunity that presents itself to the church in Canada is to meet them and answer their questions with the person of Jesus,” she said, “to show them that Jesus is very good”.

More than 2,700 church leaders responded between May and July 2021.

About 20 percent said evangelism was a moderate concern. Only 9 percent said it was a priority for members of their congregation to share their faith.

Respondents included a few leaders from the main United Church of Canada and just over 20 percent from the Roman Catholic Church. The majority, however, were from evangelical traditions, including leaders of Baptist churches, Pentecostal churches, the Christian and Missionary Alliance, the Evangelical Free Church, the Church of the Nazarene, the Church. Foursquare and the Salvation Army. The tendency not to focus on evangelism seems to be widespread.

Steven Jones, president of the Fellowship of Evangelical Baptist Churches in Canada, said he was “deeply concerned” about the numbers. He notes that they reflect the continued decline of evangelical Christianity in Canada.

Christianity is increasingly viewed in a negative light in secular Canadian culture, particularly in the wake of the sexual abuse scandals and the light that is being shed on the role churches played for decades in residential schools for the indigenous peoples of Canada. Dozens of churches have been spray painted, vandalized and burnt following the discovery of mass graves in several boarding schools this summer.

This negative view was clearly visible in the responses to the Alpha survey. The number one challenge in evangelism, the leaders said, was “perceived antagonism towards Christian values ​​and the Christian church.”

According to David Koop, pastor of Coastal Church, a large urban congregation in Vancouver, British Columbia, many young Christians have accepted secular Canadian critiques of the faith.

“The next generation has a really different story that they’re listening to,” he said.

Because secular society views the church as a problem, he said, many Christians seem reluctant to share their faith. At the very least, they are more opposed to traditional methods of evangelism. For much of the 20th century, evangelism meant handing out leaflets or knocking on people’s doors. Today, Koop said, the focus is more on relationships and showing people how you live out your faith.

When survey participants were asked to list the three most common methods of evangelism encouraged in their congregation / ward, the most common response was to “show faith through their actions”.

In some ways, Koop thinks it’s a positive change.

“I think the most effective way is always to do what Jesus said in Luke 10,” Koop said. “Go to the people. Get to know them. Live in a community relationship. Pray for them. “

He found that the pandemic created obstacles in this effort, with many churches looking inward rather than focusing on evangelism.

“There is weariness,” he said. “There is a feeling that I have to keep my own fences fixed and stay strong.”

Jeff Eastwood, who lives and runs a church across the country in Charlottetown, Prince Edward Island, sees the same thing. Vast cultural changes have made it more difficult to talk about the faith when anti-religious rhetoric abounds.

“When the majority – or it seems the majority – assent to this ideology, it becomes more difficult for Christians to talk about it, especially in a nuanced way,” said Eastwood, pastor of Grace Baptist Church.

Eastwood encourages Christians to do what Jesus did, however, and to connect with people where they are, engaging them and talking about their specific situations.

“The best evangelism comes from relationships,” he said.

The investigation was conducted during widespread closures in Canada due to the pandemic. Christian leaders say they don’t know exactly what effect COVID-19 has had on evangelism.

This may have exacerbated the problem and made evangelism more difficult. Raising awareness has become more difficult as gatherings are banned and many people limit contact to a small “bubble” of people. Eastwood Church, for example, had to cancel its vacation Bible study.

Additionally, church leaders who were already working as hard as they could were overwhelmed trying to adapt to the changing conditions. It has become easier for churches to focus on themselves and not on the community at large.

“COVID has given a great excuse to be very selfish,” said Vijay Krishnan, who runs The Well, a church in the suburbs of Toronto.

Krishnan believes this trend is something believers have struggled with since New Testament times. The early church was content to stay in Jerusalem rather than complete the Great Commission. It took persecution, he said, to disperse them to the ends of the world as Jesus commanded.

At the same time, Krishnan said, the pandemic has created opportunities for people to be more open about their struggles. Most people have been affected in one way or another by the pandemic, and this shared cultural experience can open doors for talking about more personal issues.

When people share their difficulties, he not only tells them that he will pray for them, but is praying for them right now.

“It is as if you are inviting them to a spiritual encounter with a God you know,” Krishnan said.

Visser has also had the opportunity to pray with people because of COVID-19.

“What he offers is a meeting between two people with God in the middle, regardless of what they believe,” she said.

The best way to share your faith is to listen to people, she said, and then “run to their pain and meet them in the mess of their life or in the beauty of their life.”

In a time when many suffer from loneliness, providing opportunities for human interaction can be a powerful form of evangelism.

“The world yearns for in-person connection around meaningful conversations, and inviting them into spaces where they can have that connection and meet God is increasingly important,” said Visser. “This is more important than before the pandemic.”

In a pandemic, however, that may mean going online. Visser ran an Alpha on Zoom program for friends across Canada. She said she probably wouldn’t have done this before COVID-19.

“We’ve never met in person as a group, and we’ve formed some of the deepest and most wonderful community support opportunities you can even imagine,” she said. “All on Zoom.”

Jones said many evangelical churches are taking advantage of online opportunities and looking for opportunities they would not have had before.

“I think all of our churches need to be broadcast live because we are reaching people who would never walk through the door of a church or facility, but they will go to your website,” he said. “It’s a good first place.

And the need is urgent. Canadians are looking for meaning and purpose, struggle against loneliness and face the tragedies caused by COVID-19.

“People are in pain and they are confused,” Eastwood said. “We have the opportunity to talk about it in a real way.”