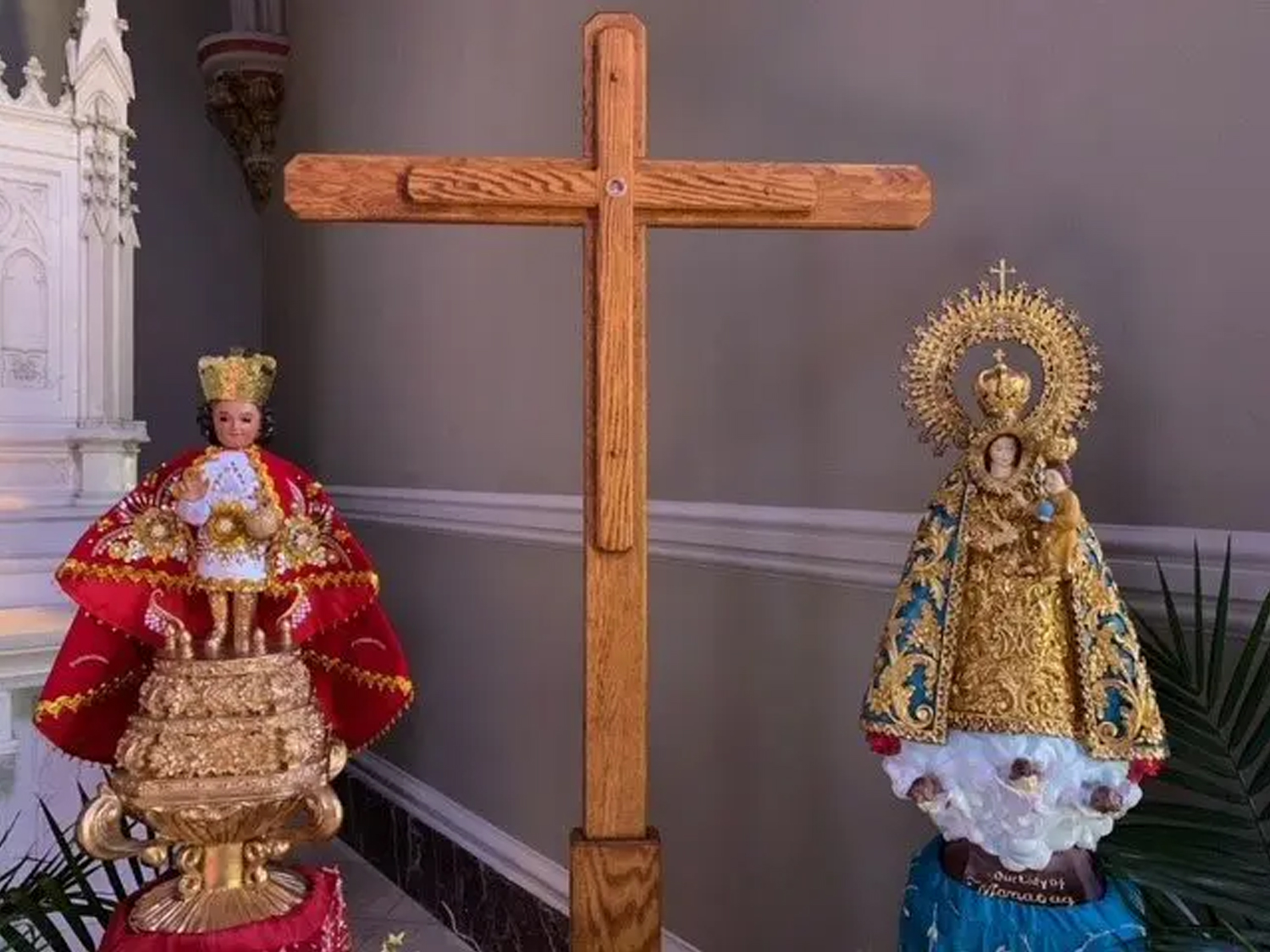 NEWARK, NJ – The Archdiocese of Newark’s celebration of the 500th anniversary of Christianity in the Philippines will conclude with a cultural procession and joyous mass at the Cathedral Basilica of the Sacred Heart in Newark on Sunday, May 1 at 2 p.m. Traditional Filipino attire is welcome.

The festivities will begin with a huge procession intended to embody the pageantry that characterizes Filipino Catholic worship. This procession will include parishioners from each of the four counties of the Archdiocese – Bergen, Essex, Hudson and Union – who will walk with items representing some of the many Catholic traditions in the Philippines like Simbang Gabi and the Sinulog-Santo Niño festival. In addition, 500 children will offer flowers to the Blessed Virgin Mary in honor of the Flores de Mayo devotion which takes place every May.

Following the procession, Cardinal Joseph W. Tobin, C.Ss.R., Archbishop of Newark, will preside over a liturgy commemorating the first Mass celebrated in the Philippines on March 31, 1521. This liturgy will feature the 130-member Philippine Apostle Choir , who will sing important songs from Filipino Catholic history. Bags containing Filipino food will be distributed afterwards.

“It is very important to celebrate the 500th anniversary because our faith is at the center of our lives,” said Fr. the most recent from the Pew Research Center showed that 81% of Filipinos identify as Catholic. “You can go to a church anywhere in the world and find Filipinos there. We are very active in the Church because we have been gifted with our faith, and now we want to share it with everyone. We were a mission area, and now we are the missionaries. It’s a reason to celebrate.

The Archdiocese’s year-long celebration was launched on the 500th anniversary of the arrival of the Gospel in the Philippines – March 31, 2021 – with a memorial mass at St. Joseph’s Church in Lodi, followed by a Jubilee Mass at St. Aloysius Church in Jersey City this April. Hundreds of Filipino Catholics then followed a replica of the Jubilee Cross, which Ferdinand Magellan erected during the first mass in the Philippines, as it traveled monthly to parishes in the archdiocese over the past year. . Along the way, those who participated in the pilgrimage experienced a different Filipino religious tradition in each host church.

And now that the once dormant Filipino apostolate has been revived under the leadership of Father Punzalan, there will be many more opportunities to unite the Filipino Catholic community. Afterwards, the Apostolate will raffle a trip to the Holy Land and several other prizes to those who have participated in the Jubilee Cross pilgrimage. A picnic at Liberty State Park, guest speaker presentations and other faith-based events are also planned.

“Filipinos have our own brand of Catholicism,” Fr. Punzalan said. “We have a lot of religious traditions and popular piety that are not present in many American churches. So we had to bring back the apostolate because we needed an organization that will ensure that the faith and spirituality of Filipinos is recognized. We are not making a Church separate from the Archdiocese; we actually seek to improve the way Filipinos live their parish life by encouraging them to become more active.

According to 2017 U.S. Census Bureau data, there are an estimated 67,740 Filipinos living in the Archdiocese of Newark. The Filipino apostolate aims to connect those who are Catholic through spiritual programs, fun gatherings, and social justice initiatives. To learn more about the Apostolate, visit its Facebook page.

The Archdiocese of Newark, under the leadership of Cardinal Joseph W. Tobin, C.Ss.R., sixth Archbishop of Newark, serves approximately 1.3 million Catholics in 212 parishes and 73 schools in the counties of Bergen, Essex, Hudson and Syndicate. The Archdiocese serves the northern New Jersey community through faith, education, and social services. To learn more, visit www.rcan.org. not