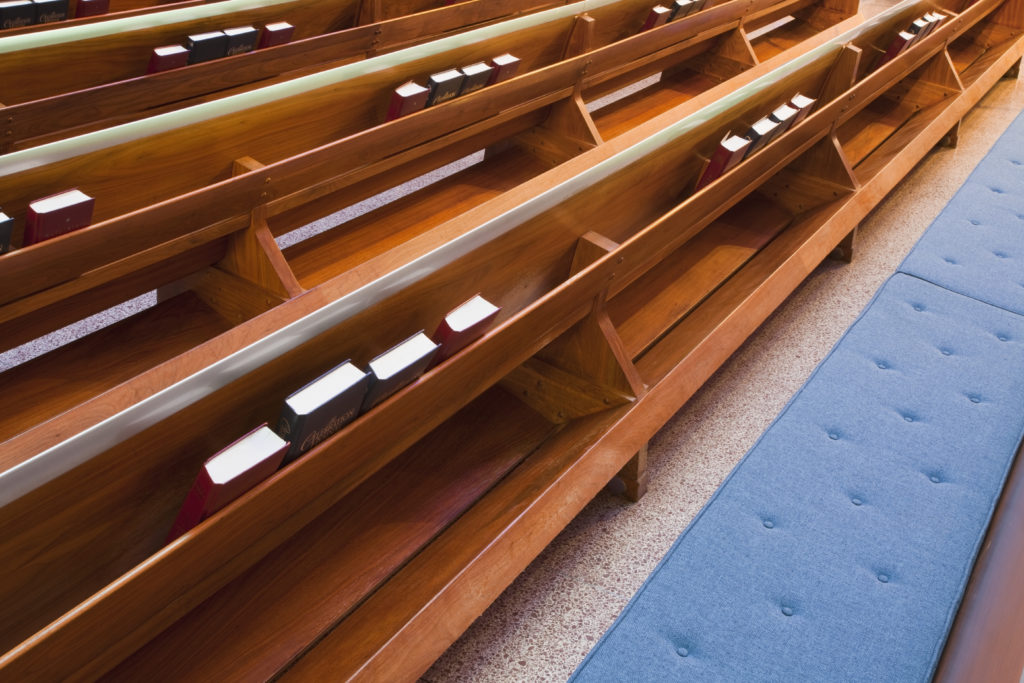 NEW ORLEANS (AP) — The FBI has opened an extensive investigation into sexual abuse in the Roman Catholic Church in New Orleans dating back decades, a rare federal foray into such cases looking specifically at whether priests took children across state lines to assault them, officials and others familiar with the investigation told The Associated Press.

More than a dozen alleged victims of abuse have been interviewed this year as part of the investigation which explores, among other charges, whether predatory priests can be prosecuted under the Mann Act, an anti-sex trafficking law more than a century old which prohibits anyone from crossing. state lines for illicit sex.

Some of the New Orleans cases under investigation allege abuse by clergy while traveling to camps in Mississippi or amusement parks in Texas and Florida. And while some claims are decades old, violations of the Mann Act notably have no statute of limitations.

‘It’s been a long road and just the fact that someone so high up believes us means the world to us,’ said a former altar boy who alleged his attacker took him on a trip to Colorado and Florida and had abused him beginning in the 1970s when he was in fifth grade. The AP generally does not identify people who say they have been sexually assaulted.

“I would prefer not to continue this conversation,” Archbishop Gregory Aymond told the AP.

The probe could add to the archdiocese’s legal peril as it reels from bankruptcy sparked by a flood of sex abuse lawsuits and allegations that church leaders have turned a blind eye to generations of predatory priests.

Federal investigators are now considering seeking access to thousands of secret church documents produced by lawsuits and protected by a sweeping confidentiality order in the bankruptcy, according to people familiar with the investigation who were not authorized to discuss it and spoke to the AP on condition of anonymity. These files are said to document years of abuse complaints, interviews with accused clergy and a pattern of church leaders transferring problem priests without reporting their crimes to law enforcement.

“It’s actually a big deal, and it should be comforting for victims,” ​​said Marci Hamilton, a professor at the University of Pennsylvania and executive director of Child USA, a think tank focused on child abuse prevention. children. “The FBI has rarely gotten involved in clergy sex abuse scandals. They have dragged their feet across the country when it comes to the Catholic Church.

The US Department of Justice has struggled to find a federal nexus to prosecute clergy abuse, reaching dead ends in cases as explosive as those described in the 2018 Pennsylvania grand jury report that uncovered a systematic cover-up by church leaders. Federal prosecutors subpoenaed church records in Buffalo, New York, the same year in an investigation that also fell silent.

“The problem has always been figuring out what the federal crime is,” said Peter G. Strasser, the former U.S. attorney in New Orleans who declined to press charges in 2018 after the archdiocese released a list of 57 clergy “credibly charged”, a list an AP analysis found at least 20 names had been underreported.

Strasser said he “naively” believed a federal case could only be possible only to encounter a host of hurdles, including the complexity of “trying the church” on charges such as conspiracy.

But federal prosecutors have used the more narrowly-targeted Mann Act in recent years to secure convictions in a variety of abuse cases, including against R&B star R. Kelly for using his fame to sexually exploit girls, and Ghislaine Maxwell for helping financier Jeffrey Epstein sexually abuse. teenage girls. In 2013, a federal judge in Indiana sentenced a Baptist pastor to 12 years in prison for taking a 16-year-old girl across state lines for sex.

Among the priests under federal supervision in New Orleans is Lawrence Hecker, a 90-year-old man discharged in 2002 on charges of abusing “countless children”. Hecker is accused of abusing children decades ago while traveling out of state, and other claims against him range from fondling to rape.

Hundreds of documents currently subject to the confidentiality order “will unequivocally reveal that the last four Archbishops of New Orleans knew that Lawrence Hecker was a serial child predator,” wrote Richard Trahant, an attorney for the alleged victims. of Hecker, in a court filing.

“Hecker is still very lively, vibrant, lives alone and is a danger to young boys until he breathes his last,” Trahant wrote.

When asked by phone this week if he had ever abused children, Hecker replied, “I’m going to have to hang up.”

More recent allegations are also drawing federal attention, including the case of Patrick Wattigny, a priest charged last year by state prosecutors after admitting to assaulting a teenager in 2013. His lawyer declined to comment. .

Wattigny’s removal from the ministry in 2020 came amid a disciplinary investigation into inappropriate text messages he sent to a student. The case sent shockwaves through the Catholic community because church leaders had often called clergy abuse a sin of the past.

“It was happening when the church was saying, ‘It’s not happening anymore,'” said Bill Arata, an attorney who attended three of the FBI interviews.

“These victims could stay home and do nothing,” he added, “but that’s not the kind of people they are.”

Clergy abuse is particularly severe in Louisiana, a heavily Catholic state that suffered some of the earliest scandals dating back to the 1980s. Last year, it joined two dozen states that adopted “rollback windows.” intended to allow unresolved complaints of sexual abuse of children, regardless of age, to be brought before a civil court.

But with a few exceptions, including a former deacon accused of rape, the accused clergy have escaped criminal consequences. Even at the local level, cases have been crippled by statutes of limitations and the political sensitivity of suing the church.

The Archdiocese’s 2020 bankruptcy case also froze a separate court battle over a cache of confidential emails outlining the behind-the-scenes public relations work the NFL’s New Orleans Saints leaders have done for the archdiocese in 2018 and 2019 to contain fallout from clergy abuse scandals.

While the saints say they only helped send messages, attorneys for those suing the church alleged in court records that saints’ officials joined the “pattern and practice of concealment of his crimes” from the church. This involved playing an active role in developing the archdiocese’s list of credibly accused clergy, the lawyers say.

Lawyers for those suing the church have attacked the bankruptcy offer as a veiled attempt to keep church records secret – and deny the victims a public judgment.

“These victims were on their way to the truth,” Soren Gisleson, an attorney who represents several of the victims, wrote in a court filing. “Child rape is a thief who keeps stealing.”