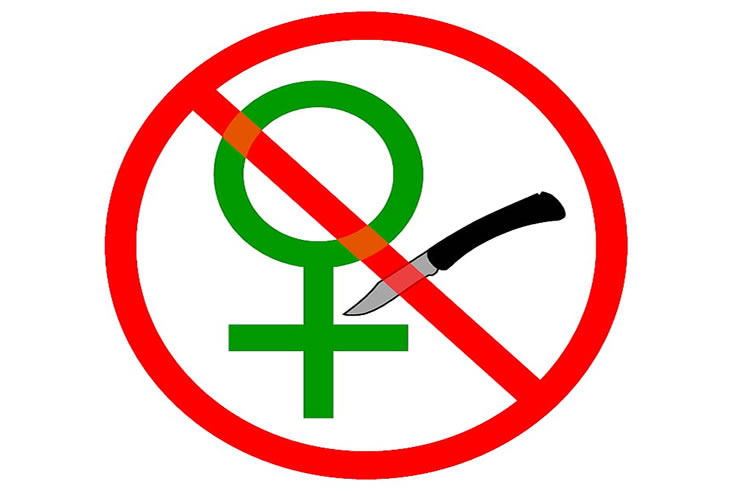 Female Genital Mutilation is a Violation of Christian Tenets — Clerics

A Catholic Priest from Imo State, Reverend Father Bonaventure Ozoigbo, alongside other clerics, has described female genital mutilation (FGM) as a violation of fundamental tenets of Christianity.

He urged religious leaders and Christians to avoid such practice in the community known as ‘Nkwa nwanyi ukwu’ which he described as an abomination in the sight of God.

He condemned the way and manners of the practice, adding that the only step to end such practices which have caused many human lives and led to negative outcomes in the country is to avoid it.

In addition, the Christian Association of Nigeria (CAN), chapter of Njaba Local Government Area in Imo, has pledged to work to eradicate female genital mutilation (FGM) in the region.

The association’s secretary, Reverend Chigozie Nwaka, told the Nigerian Tribune that FGM is a sin against God and must be completely eradicated.

He said, “While the Holy Bible endorses the circumcision of the male child, it does not support that of girls.”

He said it would be wrong for those who practice FGM to use the Bible as a form of defence.

He said: to express our support for the call to end FGM, we declare that the act is unchristian and unbiblical; it is also against federal government and IMO laws.

According to him, the gospel of Jesus Christ has brought salvation to humanity and this includes freedom from both spiritual and physical oppression against humanity and we identify FGM as one of these acts of ‘oppression.

He advised community members to adhere to the awareness campaigns run by some organizations in the community on the need to eradicate the practice.

Likewise, the Secretary General of the Women’s Wing of the Autonomous Community Development Union of Amakor, Mrs. Onyinyechi Amaefule, thanked the facilitators for the workshop and their positive thoughts for the Njaba people.

She promised that local women would support the facilitators’ efforts in spreading information to the nooks and crannies of the LGA.

Meanwhile, UNICEF, through its Child Protection Specialist, Enugu Field Office, Mr. Victor Atuchukwu, said the Fund, in collaboration with supporting partners, will continue to explore ways to eradicate the practice.

Cathedral Square, an important route in the history of Saint Augustine