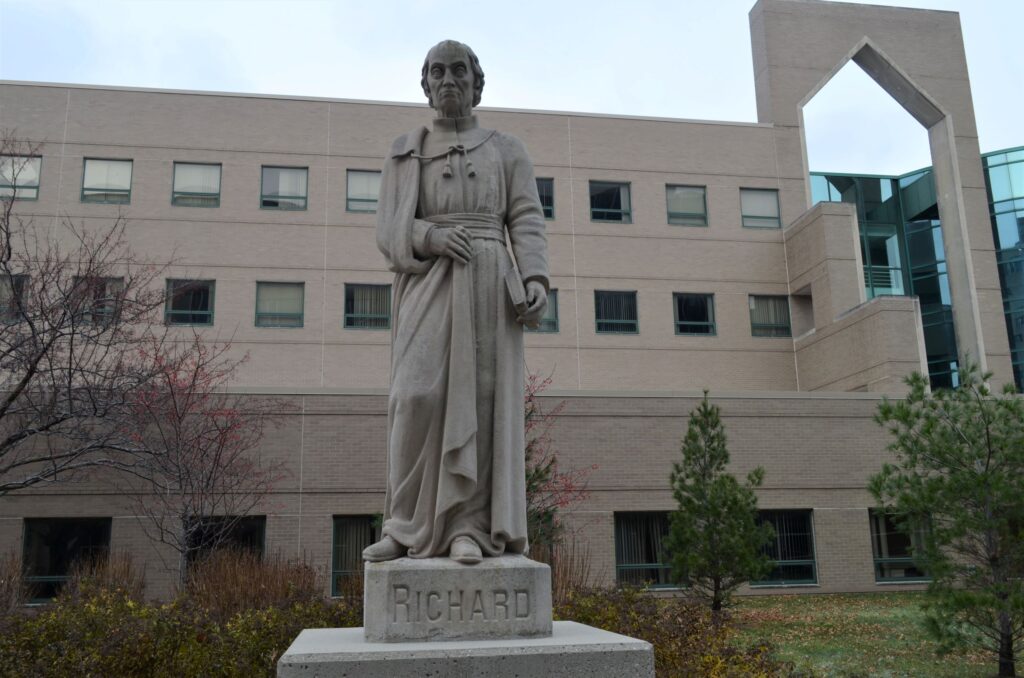 On December 8, 1823, Michigan Territorial Representative Father Gabriel Richard became the first Roman Catholic priest to serve in Congress. A member of the United States House of Representatives, Richard was a non-voting delegate to the body for a single two-year term.

He was born on October 15, 1767 in Saintonge in southwestern France and arrived in Detroit in June 1798 after escaping the persecution of the French Revolution. Richard first served as an associate pastor in Ste. Anne’s Church and later led the congregation.

During this time, Richard created the first newspaper in Michigan and in an effort to break down racial barriers, he established a school to educate Native American and white children together.

After the Great Detroit Fire in 1805, Richard said: â€œWe hope for better things; he will rise from his ashes.

During the War of 1812, Richard was imprisoned by the British for refusing to take an oath of allegiance after their capture of Detroit. â€œI have taken an oath to support the Constitution of the United States and I cannot take another,â€ said Richard. “Do whatever you want with me.”

In 1817, along with Michigan Territorial Chief Justice Augustus Woodward, Richard was co-founder of the Catholepistemiad of Michigania, which later became the University of Michigan. He was vice-president from 1817 to 1821. Following the reorganization of the school in 1821, he was appointed to its board of directors.

A waterfront park is named in his honor in Detroit. A statue of him created by sculptor Julius Theodore Melchers is on display at Wayne State University. The elementary schools of Grosse Pointe Farms and Detroit bear his name. High schools are named in his honor at Ann Arbor and Riverview.

Gabriel Richard died of cholera in Detroit in 1832 at the age of 64. He was buried in a crypt in Ste. Anne’s Church.

Letter: The History of the Roman Catholic Church’s Involvement in Abortion Laws – InForum