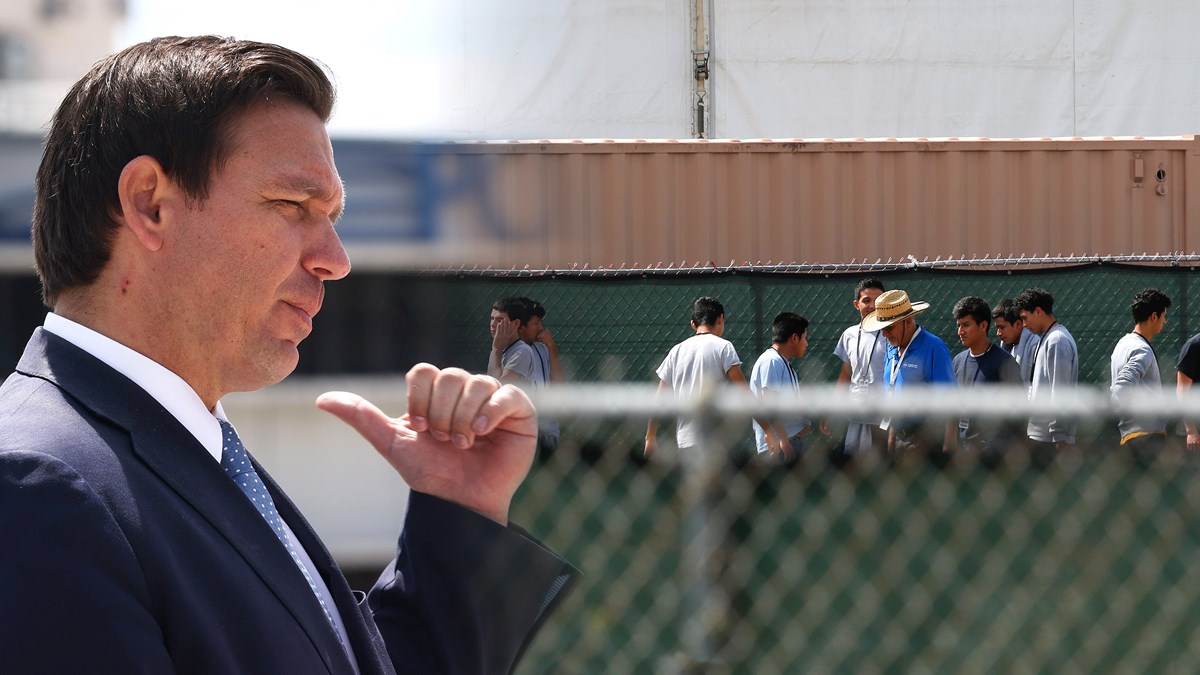 In December, Florida Governor Ron DeSantis issued an “emergency rule” blocking the issuance and renewal of state licenses for organizations that serve unaccompanied migrant children, including many faith-based organizations.

Recently, evangelical Floridian pastors joined other religious and lay leaders in urging the governor to reconsider the decision, which both endangers vulnerable children and impinges on the religious freedom of Floridians.

Governor DeSantis’ stated rationale for the order is focused on preventing the resettlement of “illegal aliens” in the state, but the reality is that the unaccompanied migrant children at the center of this debate are being treated precisely like U.S. law. requires it.

The William Wilberforce Trafficking Victims Protection Reauthorization Act is a law President Bush signed into law after extensive advocacy by evangelical leaders in 2008.

It states that when Border Patrol identifies a child from a non-contiguous country seeking protection at the U.S.-Mexico border without a parent or legal guardian, Patrol must transfer the child to the U.S. Department of Health and Human Services (HHS) to ensure the child is kept safe.

From there, HHS works with a network of child care providers, who must be licensed by the state to ensure they meet the appropriate standards. These providers look after the children until a sponsor is identified, which is usually the child’s mother or father who already lives in the United States, or another relative.

The child is ultimately required to appear in immigration court to determine if they are legally eligible to remain in the United States.

Christians may or may not agree with whether this is the best process to respond to these especially vulnerable children, but it is the law of the land and the federal government is not doing anything illegal or harmful. by complying with its mandates.

In doing so, these Christian individuals and organizations are faithful to the biblical command to care for strangers who reside among us (Lev. 19:34).

Pro-life Christians who believe that every human life is made in the image of God (Gen. 1:27)—and therefore possess inherent dignity and worth—have clear and direct scriptural guidance to ensure that these children are protected from all harm. Jesus reserved some of his harshest words of judgment for those who would cause children to stumble (Matthew 18:6).

In fact, is this a very practical application of the golden rule to care for someone else’s child like I would have a brother or sister in Christ care for them my child if he found himself alone in a foreign land (Matthew 7:12).

This is why Governor DeSantis’ policy presents a surprising threat to religious freedom.

By removing a required state license, foster parents cannot care for unaccompanied children and departments cannot operate temporary shelter while they search for the child’s family. Therefore, this new policy actively prevents Christians (and those of other faiths) from exercising their freedom of faith.

After all, religious freedom is more than just the right to pray in a church on Sunday. It is the freedom to follow and obey all tenets of one’s religion, including caring for vulnerable children.

Governor DeSantis also said the policy is designed to prioritize the care of Floridian children. But he knows full well that the Unaccompanied Migrant Program is funded entirely by federal (not state) funds — and therefore does not distract from caring for local children in need of foster care.

The governor’s decision is part of a troubling national trend of politicians going above and beyond to demonstrate how tough they can be on certain immigrant populations. He apparently assumes that this is politically more important than defending religious freedom and the dignified care of children.

What’s particularly troubling to me as an evangelical Christian is when such politicians seem to think these sorts of moves will appeal to a constituency largely made up of other evangelicals.

In that case, I hope Governor DeSantis’ political calculations have proven wrong and that evangelicals in Florida and elsewhere will speak out forcefully against his recent actions.

Regardless of their views on immigration policy more generally, American Christians should agree that innocent children awaiting a decision on their immigration case should be protected while in our country.

Further, no government should interfere with ministries and individuals who are fulfilling a biblical mandate in providing compassionate care to vulnerable children.

Matthew Soerens is the U.S. director of Church Mobilization and Advocacy for World Relief, the national coordinator of the Evangelical Immigration Table, and co-author of Welcoming the Stranger: Justice, Compassion and Truth in the Immigration Debate and the upcoming Inalienable: How Marginalized Kingdom. Voices Can Help save the American Church.

Speaking Out is Christianity Today’s guest opinion column and (unlike an editorial) does not necessarily represent the opinion of the publication.