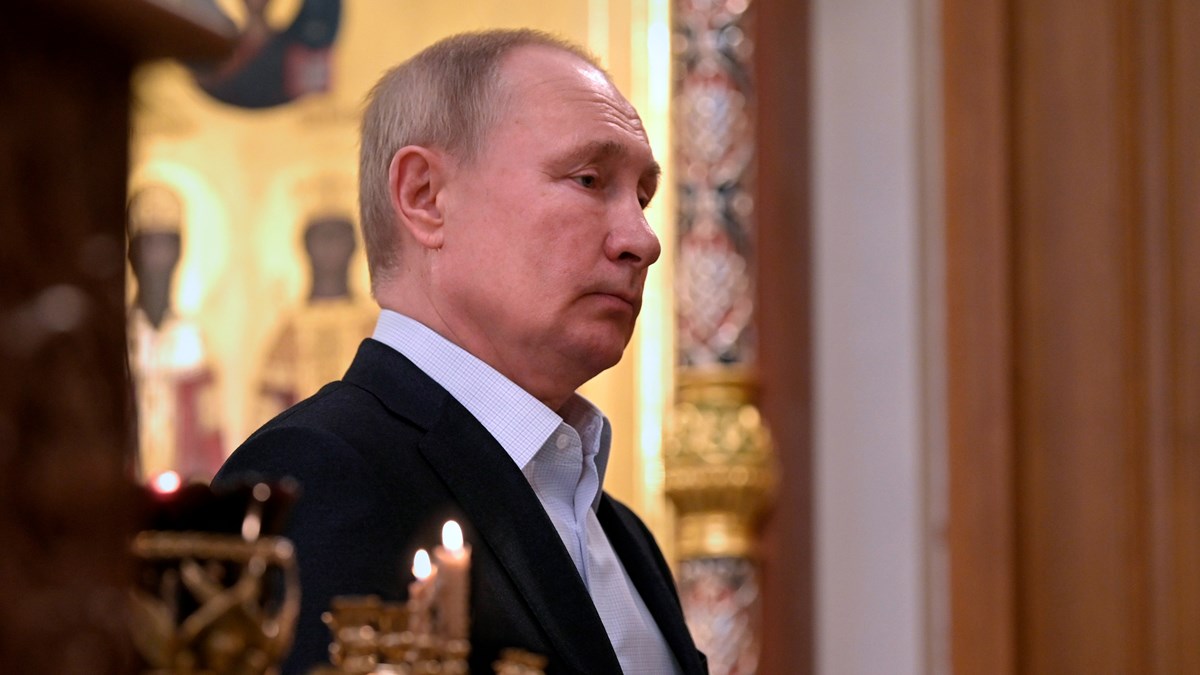 As Vladimir Putin’s Russia threatens the existence of a free Ukraine, it would be easy for American evangelicals to conclude that this is a more distant foreign policy issue.

However, Putinism is much more than a geopolitical threat; it is also a religious threat. And the question for evangelical Christians is whether Vladimir Putin’s way will become the way of the American church.

The threat against Ukraine weighs far more than the Ukrainian people. NATO is concerned about the stability of the European order. The US State Department worries about the remaining Americans, fearing a repeat of the debacle in Afghanistan. The Germans are wondering if their dependence on Russian natural gas will lead to an energy crisis. And the whole world is worried about whether this decision will encourage China to invade Taiwan.

Lost in all of this is another global figure contemplating his next move: the pope.

The question now, the authors note, is whether Pope Francis will soon meet the Patriarch of the Russian Orthodox Church – and if so, whether that would signal tolerance for the potential subjugation of Ukraine and his national church.

For American evangelicals, there are also real questions, not just about how we will react to Putin’s use of religion for political purposes, but whether we will emulate him.

Several years ago, before the tumult of the Trump era, I sat with other evangelicals on a secular national news program that aired on Easter morning. In a sense, that weekend we were all united, together affirming the most important truth in the cosmos: the bodily resurrection of Jesus from the dead.

But we parted ways over Vladimir Putin. I saw him then the same way I see him now – as an enemy. Yet some of the others championed the authoritarian strongman as a defender of Christian values.

At the time, I thought we disagreed on a foreign policy issue. But looking back now, I can see that, at least for some evangelicals, there was a broader disagreement we didn’t yet know existed: the question of what “Christian values” are in the first place. .

Take the issue of abortion. Not only is Russia’s abortion rate high, but even when pro-government forces express anything akin to a “pro-life” view, it’s usually in terms of halting population decline, rather than protect vulnerable human lives.

The animation principle is not “Every life is precious” but “Make Russia great again”. This is even more pronounced in the Russian government’s treatment of children who fill orphanages and “baby hospitals” across the country.

Without a vibrant adoption culture in the former Soviet Union, many of these children age out of the system and enter terrifying lives of immediate drug addiction, sexual exploitation and suicide. But that didn’t stop Putin from doing all he could to end the adoption of these orphans by Americans and others, all as a balm for wounded Russian national pride and a game of strength. geopolitics.

The situation is even worse when we look at Putin’s response to the gospel itself. He carefully cultivated the Russian Orthodox Church, even to the point of approving the installation of mosaics of himself, Stalin and the Crimean invasion in a Russian Orthodox cathedral dedicated to the military.

Moreover, the Russian regime has relentlessly pursued the stifling of the freedoms of minority religions, especially those of the relatively small group of evangelicals and evangelical missionaries from abroad.

Why would Putin – a former KGB official who declared the end of the Soviet Union a terrible disaster – want to associate with a church? This may be because he believes, along with Karl Marx, that religion can be a useful tool for maintaining political power.

And, indeed, religions are useful when they focus on protecting nationalism and national honor. Religions can transform already passionate feelings of tribalism and resentment towards outsiders into transcendent and indisputable feelings. It all makes perfect Machiavellian sense, unless Jesus actually rose from the dead.

If only this trend were confined to the former Soviet Union, we might have the luxury of ignoring it. Beware, however, of anyone looking behind the old iron curtain to find the future.

“Abortion is unquestionably legal in Hungary, the people are not particularly religious, and Orbán has exercised kleptocratic control over churches that dare to oppose his policies,” Welch asserts. The main reason for the attraction of Eastern European strongmen, Welch concludes, is that they fight the good enemies and “win”.

If this was just a skirmish between those of us who believe in liberal democracy and those who find it unnecessary, that would be one thing. But the other bigger problem with this authoritarian temptation is the gospel itself.

If the church is simply a cultural vehicle of stability and national pride, then dictators can hardly be expected to do anything but manipulate it. But if the church is composed, as the Bible says, of “living stones” brought in by hearts regenerated by personal faith in Jesus Christ (1 Peter 2:4-5), then external conformity to a set of values ​​for civilization falls sorely below Christianity.

This would be true even in a place that promoted more or less Christian values. Yet this is all the more true when the Church blesses an authoritarian leader, like Putin, who is known to his own people for poisoning his enemies.

In the latter case, the testimony of the Church itself is at stake, for a religion that rejects bloodthirsty behavior does not even believe in its own teachings on objective morality, much less in the coming judgment of Christ. Why would anyone listen to such a religion on how to find peace with God and enter the life to come?

Evangelical Christians should observe the way of Vladimir Putin – and we should acknowledge it whenever we are told we need a pharaoh or a Barabbas or a Caesar to protect us from our real or supposed enemies. .

Whenever this happens, we have to remember how to say, in any language; “Nie.

[ This article is also available in
español,
Português,
简体中文,
Indonesian, and
繁體中文. ]