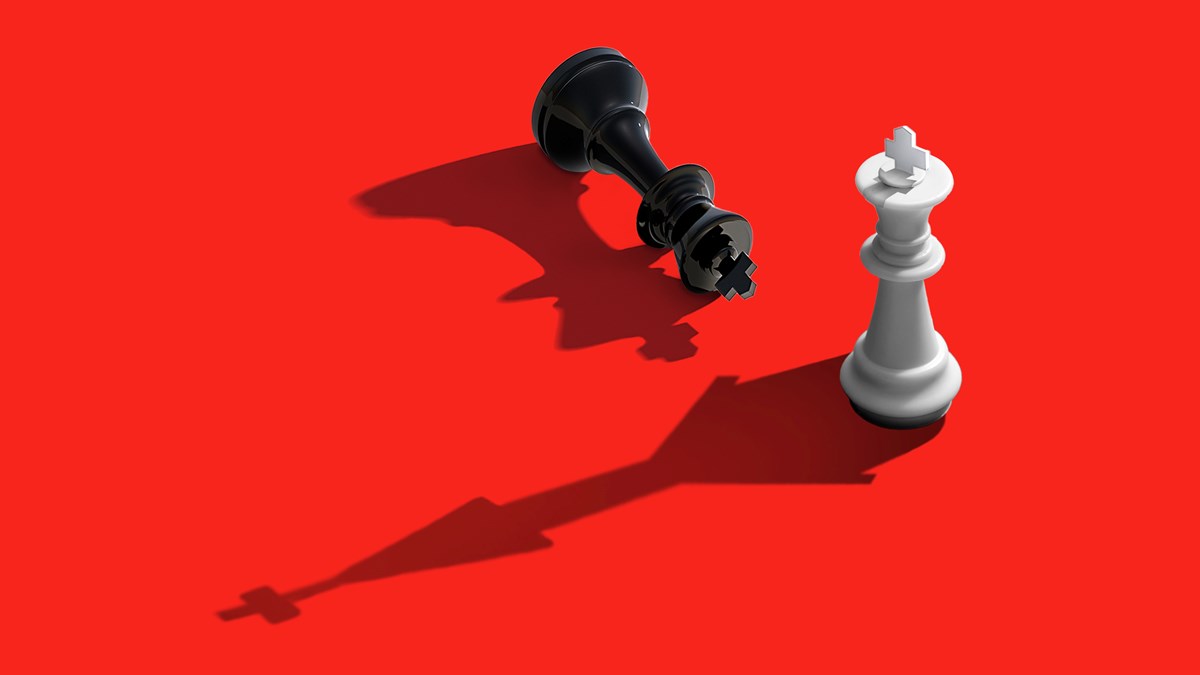 As leak after leak from the United States Supreme Court indicates, the Roe vs. Wade decision that legalized abortion for nearly 50 years will likely soon be over.

The question of where a pro-life ethic goes from here will not be decided by courts or even legislatures, but by the state of the church in America – and that is a much more complex area. In fact, for pro-life Christians like me, the warning should be that it is possible to “gain” and “lose” a culture of life at the same time.

Both sides of the abortion debate have voices warning their compatriots against excesses. Some pro-life governors seem unprepared to speak in interviews about rape and incest exceptions or the legality of IUDs and other contraceptive devices.

And many are warning pro-choice activists that they risk losing public opinion by demonstrating in judges’ homes or seeking to pass hugely expensive state-level bills guaranteeing nine months of legal abortion for whatever reason.

For decades, some of us argued that a “heart and mind” strategy alone was not enough to solve this problem. We cannot argue that unborn children are our neighbors without seeking to protect their most basic rights by law. And those of us who are the so-called “whole life” advocates have argued that a heart-and-mind strategy toward women in crisis is not enough.

We must take real action, from advocating for a government safety net to supporting religious congregations willing to care for the poor and their children. In doing so, we challenge the idea we often see from some on issues of racial injustice – “You just have to save people, and racial issues will take care of themselves.”

But if we need more than just a strategy of hearts and minds, we need nothing less. If the American people don’t care about the humanity of their neighbor in peril, be it the pregnant woman or the unborn child, no set of laws will last long.

Perhaps the biggest danger here is not what the focus groups or polling data say about abortion, but something that has nothing to do with abortion: the moral credibility of the American Church.

To see a model of the possibility of “winning” and “losing” a cultural debate at the same time, one need only look at Ireland from across the Atlantic.

A recent book by historian Fintan O’Toole examines the seemingly sudden collapse of Catholic cultural influence in Saint Patrick’s Land, in a way that may be a foreshadowing of what might happen to evangelical America.

O’Toole writes, for example, of the unquestioned influence of the longtime Archbishop of Dublin, John Charles McQuaid. This influence was such that the Archbishop could call a radio network to report on the airing of a Cole Porter song – the lyrics of which (“I’m always faithful to you, honey, my way”), the cleric found that he represented a “circumscribed morality.

One reviewer described the issue bluntly, writing, “The only circumscribed morality which McQuaid was prepared to tolerate was the abuse of young boys and girls by priests, and of women of many walks of life by nuns in the infamous laundries of the Magdalen. .”

The influence of the Church was unquestionable – Ireland stood apart from the rest of Western Europe on the moral issues of abortion, contraception, divorce, etc.

And yet, as O’Toole argues, the influence of the church was considerable in other ways as well. He writes that when numerous cases of indecent assault by clergy were uncovered, the parents of the injured children seemed inclined to apologize to the church for the “difficulties” these abusive priests faced.

“It was the great achievement of the church in Ireland,” writes O’Toole. “It had been so successful in disabling a society’s ability to think for itself about right and wrong that it was the parents of an abused child, not the bishop who allowed this abuse, who were” absolutely sorry.”

“He had succeeded in creating a herd that, in the face of an outrageous breach of trust, would care as much for the abuser as for those he had abused and could continue to abuse in the future,” he continues. “He had inserted his system of control and power so deeply into the minds of the faithful that they could hardly feel angry at perpetrating disgusting crimes on their own children.”

Although some evangelical leaders would tell us that the language of “gaslighting” and “spiritual abuse” are just vague therapeutic slogans for deconstruction, these terms perfectly describe what O’Toole saw in the abusive ecclesiastical systems in Ireland – and they just as easily describe what many have experienced in American evangelical contexts.

The end result—perhaps for born-again America as it is for Catholic Ireland—is a church with an inordinately powerful force of cultural influence, if not moral authority, that suddenly finds itself without the necessary credibility. to enforce its orthodoxy.

The reason? People could not resist what O’Toole calls the “most shocking realization of all”, which was “the recognition by most of the faithful that they were in fact much holier than their preachers, that they had a clearer sense of right and wrong, a more honest and intimate sense of love, compassion and decency.

The church in Ireland is now a culturally hollow presence compared to what it once was. Abortion is now legal in Ireland, after a popular referendum in 2018 repealed laws banning it. Abortions are, in fact, free thanks to the country’s public health service. Divorce, from 2019, is also liberalized.

Did these massive, unpredictable, sudden shifts happen because of vastly improved mobilization or messaging tactics by the “cultural left” (to use an American framing)? No.

Many scholars believe that the cultural changes in Ireland were due, in large part, to a reaction against the church itself. Was this reaction due to cultural forces of secularization at war with the Church? No. This is because the people who once worshiped the church realized that the church itself did not believe what it taught.

O’Toole points to the prior cultural necessity of obtaining an annulment by a church board to end a marriage. He notes that one of the church’s board members was a priest credibly accused of sexual predation on minors and under the authority of leaders who were credibly accused of covering up the abuse. .

The corruption of an institution does not, of course, decide the morality or immorality of an action, nor the rightness or wrongness of a belief. Martin Luther believed that the medieval Roman church was wrong about indulgences and purgatory, but was right about the efficacy of the sacraments and the existence of a heaven and a hell. And yet, as Jesus said, “Woe to him through whom comes the stumbling block” (Luke 17:1 NASB).

I wrote above that the cultural collapse of the Irish church was the “end result” of their very public hypocrisies and scandals, but that is not entirely true. As a Christian, I do not believe that the “end result” is the diversion of Ireland from the Church, or any other sociological or historical change.

Rather, the true end result is the judgment of God. And while that’s a lot less quantifiable, it should be a lot more terrifying.

What the pro-life movement needs most from American evangelicalism is not more of our cultural or political influence. Indeed, much of what needs to be done to achieve this kind of influence is itself part of our credibility crisis.

Short-term cultural influence without moral authority can lead to some gains. But in the long term, these gains cannot be sustained. More importantly, what can be lost by an influential but carnal church is far more than can be gained – and what is lost can be very difficult to recover.

What the world needs most from evangelical America is for us to be a people who truly believe what we say. Whether or not the world agrees with us on abortion, or on any other issue, they need to see us loving vulnerable children, whether in the womb, in abusive homes, in families of reception or on our own benches.

They need us to uphold justice not just in the public arena but, more importantly, by holding ourselves to a high standard of integrity and accountability.

They need us to demonstrate what we say we believe – that all life is lived before the face of God and nothing can be hidden from the judgment seat of Christ. They must bear witness to the testimony that the new birth we claim is more than just a mark.

Influence can be significant if used in the right way. But credibility is even more important. And the next generation, born and unborn, is counting on us to get it back.

Catholic parishioners in the Archdiocese of St. John’s are in an ’emotional state’ as time draws to a close to redeem their churches