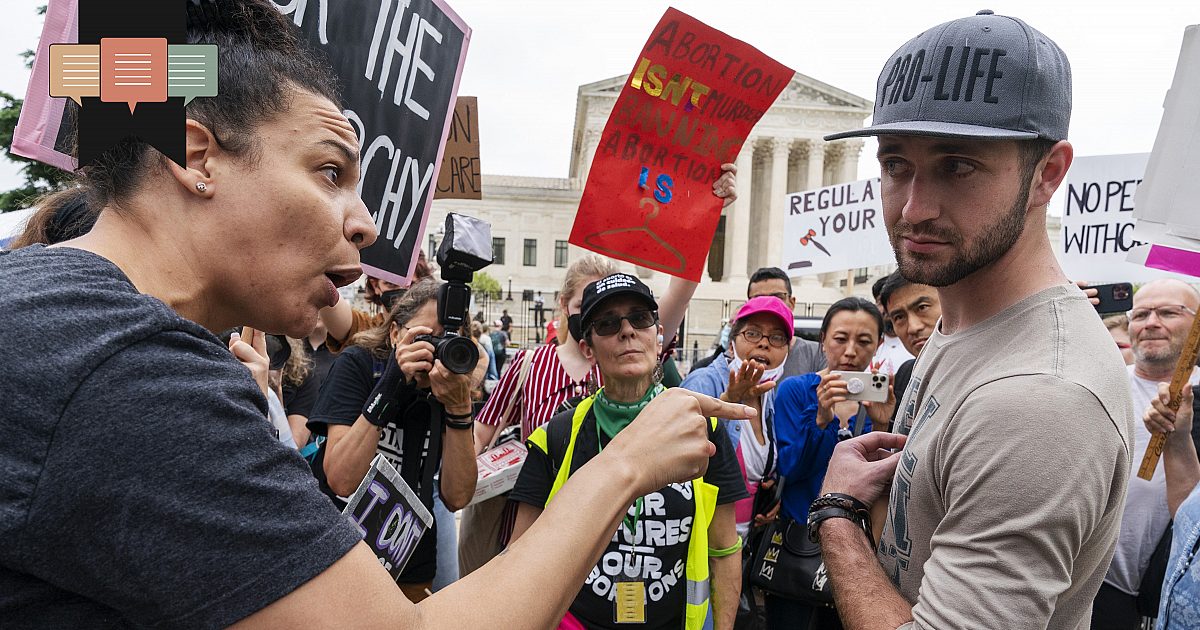 In a recent essay for first thingsRoss Douthat, serious Catholic and conservative columnist for The New York Times, begins with this question: “How should contemporary Christians react to the decline of their churches, to the secularization of culture, to the definitive loss of Christianity? Granted, we are not looking at the literal plunder of Rome as in Augustine’s time, but Douthat’s pessimistic assessment of our time is not far from the truth. If the Christian foundations of the West have not been entirely eradicated, the Christian assumptions have certainly been. The relationship between Christianity and Western civilization is now more of an antithesis than a synthesis. It is therefore not surprising that Christians talk and debate politics a lot. We are all trying to figure out what is going on, where we are going and how to react.

Undoubtedly, we need many intelligent people thinking about the intellectual principles and practical priorities of our moral philosophy. This is a crucial conversation. But that’s not the conversation most ordinary people have online, at church, and around the dinner table. They (and I should say we) have a messy conversation, but if done right, a really important conversation about how to approach the conversation itself. As Christians in a time dominated by politics, we try to think about how we should think about Christianity and politics.

This column begins a series of columns that will try to help us think about what to think about. To that end, I want to address six questions: (1) Why is it so difficult to talk about politics? (2) Are Christians too focused on politics? (3) Should Christians be engaged in the culture war? (4) Does Christianity transcend all our political philosophies and disagreements? (5) Is the church the problem? (6) What is the need of the hour?

Let’s start with the first question. Here are four reasons why we find it so hard to talk about politics.

1. Internet. There were probably as many angry and mad people in the world a generation ago, but they didn’t have the access or ability to tell the world their angry and mad opinions. The days of the three networks are long gone and Walter Cronkite signs off triumphantly with “Et c’est comme ça.” There is no more consensus on “the way it is”. There is no single voice or institution that everyone trusts. The most influential platforms only need to attract a small segment of passionate followers to be a big deal. This encourages offering the hottest outlets. And because we have access to more stories and more tragedies than ever before, there will always be stark examples in the news to confirm the way we already see things.

2. Polarization. It’s not just that our two main political parties are more distinct than they used to be (partly because one party now clearly opposes abortion and one party now clearly celebrates abortion ). People are more separated than before. We sort ourselves numerically and geographically into like-minded hives. Humans are tribal creatures. With the decline of religion and family and the rise of a national (or world) culture at the expense of localism, we have turned to ideological clans. And like clan loyalty of old, we can always find ways to defend our clan while defining ourselves based on being the opposite of the other clan.

3. Politics has become lingua franca of our age. Walk around the airport and every TV shows news or sports. These are two things we are all supposed to know and care about. Everything has become politicized with advertisements, corporations, education, entertainment and sport itself deciding that everything should be about everything. Staying in your lane is seen as not doing your part in the great struggle of our time. Ironically, the only institution tasked with being political – Congress – has become a platform for individual branding more than a place where political issues are debated and political compromises reached.

4. Christianity has often struggled to find a formal, established political philosophy. Among Reformed Christians we have Quietists, Theonomists, Neo-Kuyperians, God-and-Country types, and Two Kingdoms theology proponents. Moreover, Christians with the same formal theology may have very different cultural instincts. For all the weaknesses of Richard Niebuhr Christ and culture, we can see his five models – Christ against culture, Christ above culture, Christ of culture, Christ and culture in paradox, Christ transforming culture – as fundamental insights, and generally tacit, at work in the Church. Even the label “conservative” as a political ideology is unstable, with leading thinkers vying for (or against) everything from populism and nationalism to republicanism, fusionism, classical liberalism and Catholic integralism.