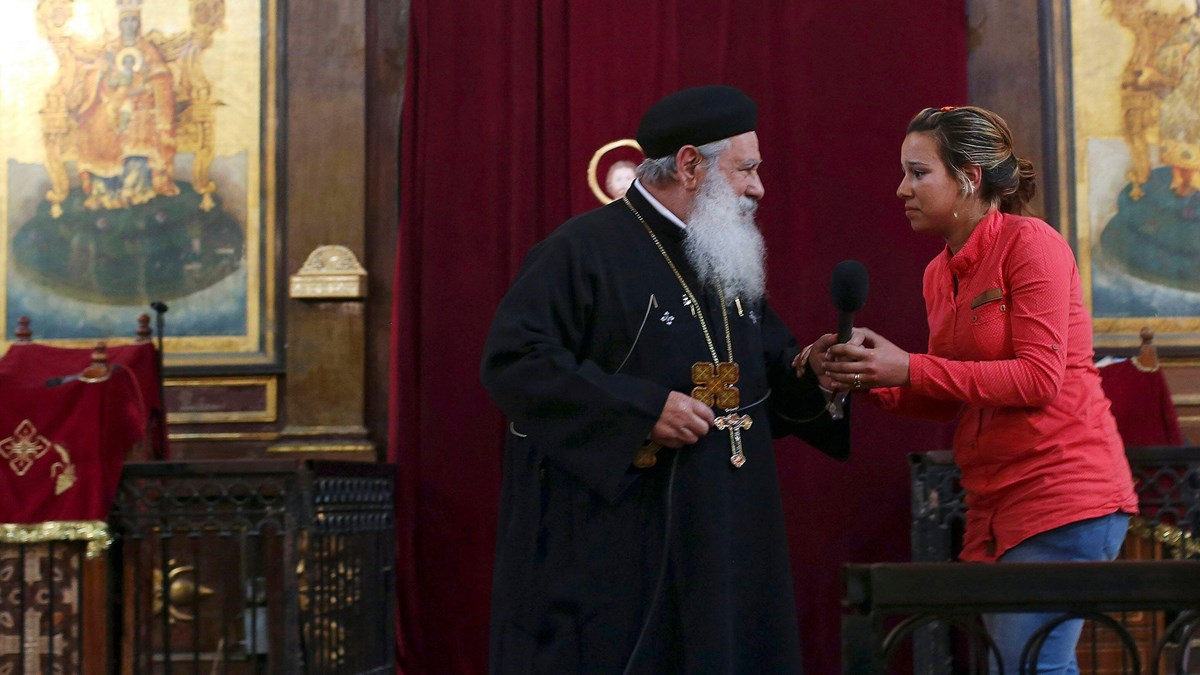 Last month, the Coptic Orthodox Church of Egypt lost one of its most recognized and charismatic priests. Abouna (“Father”) Makary Younan (1934-2022), a well-known figure in Arab Christian satellite television, died on January 11 of complications from COVID-19.

Just a few miles from where his funeral took place in the historic St. Mark’s Cathedral, Abouna Makary’s good friend and Christian TV megastar Sameh Maurice held a heartfelt memorial at Kasr el Church -Dobara from downtown Cairo, where he is pastor of the largest evangelical church in the Arab world. congregation. Together, these two ceremonies affirmed that the late priest’s legacy of praise, miracles and ecumenism will live on among Orthodox and Protestant Christians in Egypt.

“Abouna Makary has influenced the lives of millions of people in this generation,” Maurice said. “I don’t know anyone else who has touched so many people.”

For nearly two decades, Arab Christian television has introduced both Abouna Makary and “Pastor Sameh” to a wider audience, educating viewers in innovative ways about Coptic Orthodoxy and Protestantism. At times, both sides distrusted the medium, especially the Orthodox hierarchy.

Representing the overwhelming majority of Christians in Egypt, in recent years Coptic Orthodox leaders have taken contradictory positions on Evangelicals. Some are open to dialogue and friendship, while others wage campaigns not only against popular evangelical leaders like Pastor Sameh but also against charismatic priests like Abouna Makary. Presenting themselves as the protectors of indigenous religious heritage and the place of the Copts as the largest Christian sect in the Middle East, they aired their controversies in newspapers, social media and satellite channels.

In this unpredictable environment, Abouna Makary stood firm, insisting on developing a Cairo-based ministry rich in traditional dogma and teachings, but also focused on commonalities, building bridges and the power of the Holy Spirit to unify the Christian believers of Egypt.

Sabry Younan Abd al-Malik was born in the Upper Egyptian city of El Maragha, about 300 miles south of Cairo. After completing his education and working as a government official, he turned to dedicate his life to the church.

In the 1970s, he served with Zakaria Botros, a priest at St. Mark’s Coptic Orthodox Church in Heliopolis, Cairo. Zakaria – a towering but controversial figure in his own right – held weekly meetings marked by exorcisms and exuberant chanting, which were attended by hundreds. Sabry is said to have honed her skills in leading praise and worship during these sessions.

In 1977, Sabry was ordained a priest, taking the name Makary from the fourth-century Egyptian saint and hermit. From his earliest years of service, he was accused by Orthodox leaders of “Protestant-leaning” teachings. Interpretations of Orthodox doctrines narrowed during the first decade of Pope Shenouda III’s patriarchate (1971-2012), with less tolerance for seemingly capricious practices.

Yet Abouna Makary continued to promote a diverse orthodoxy that embraced miraculous signs and joyful worship. In all Christian denominations and Egyptian religions, he became known for offering hope and health to people with disabilities, blind, deaf and wheelchair users. These rituals have long been embedded in the teachings of his church, but Orthodox leaders grew concerned about the spectacle as popular attention grew on what appeared to be a mimicry of Western charismatic Christianity.

His ministry gained further notoriety with the proliferation of Arabic Christian satellite television, which was launched in the mid-1990s but flourished in the early 2000s. On Al-Shifaa (The Healing Channel), an affiliate today Now defunct of Paul Crouch’s Trinity Broadcasting Network, based in Southern California, his program aired alongside Arabic-dubbed American fare like that of healer Benny Hinn and several charismatic Orthodox, Catholic, and Evangelical programs. He also appeared regularly on Cyprus-based SAT-7 Arabic and Al-Karma, until his recent illness and death.

Television as a vehicle for performing miracles was perfected by the likes of Oral Roberts (1918-2009) and his Middle Eastern correlate, the Lebanese-American Pentecostal preacher Elias Malki (1931-2015), all of whom had two invited the public to take an active role in their own healing by touching their television screens. Like Roberts and Malki, Abouna Makary exploited this medium to the full, sometimes asking viewers to place a container of water near their TV during live broadcasts of his programs. This vessel, he told them, would become blessed, holy and capable of miracles.

But whatever one thinks of the Western and Arab precursors, the evangelical funeral service honored the humility of the priest.

“Abouna Makary never cared much about titles or status or popularity,” Pastor Sameh said during his eulogy. “He only lived to glorify God.”

In the privacy of their homes, Protestants, Catholics and Arabic-speaking Orthodox have now learned each other’s beliefs. Some found more commonalities than they had imagined. Others have become more entrenched in their traditional ways. Pastors and non-clergy extended their influence, their message reaching viewers across denominations and geographic boundaries.

And while it has often heightened tensions between Christian sects in Egypt, television has also facilitated moments of deep collaboration, such as between Abouna Makary and Pastor Sameh. With their shared aspirations for Christian unity and renewal, the two men quickly became friends. In recent years, they have often appeared together at major TV rallies not only in Egypt but also in Iraq, Lebanon and Jordan, the latter being shown on the Maronite Catholic channel Noursat. Their common and authentic belief in the power of collective worship, mass prayer and public miracles has won the admiration of millions.

At his funeral in Cairo’s Azbakiyya district, mourners paid their respects to Abouna Makary in the parish he served for 44 years. With live cameras, Orthodox Bishop Raphael spoke somewhat impersonally about the Coptic priesthood and its obligations. But in Kasr el-Dobara, just off Cairo’s iconic Tahrir Square, with the family of the deceased seated in the front row, Pastor Sameh captivated audiences with touching stories told in his dynamic style.

Drawing from Hebrews 13:7 to encourage and comfort those who are grieving, he affirmed the remarkable legacy of Abouna Makary, a legacy that has managed to inspire faithfulness within two very diverse traditions.

“Remember your leaders, who spoke the word of God to you,” Pastor Sameh quoted. “Consider the result of their way of life and imitate their faith.”

Febe Armanios is Professor of History at Middlebury College and Distinguished Visiting Professor at Williams College. She is currently finishing a book titled Satellite Ministries: The Rise of Christian Television in the Middle East.

Is Christianity non-rational? | news from paradise