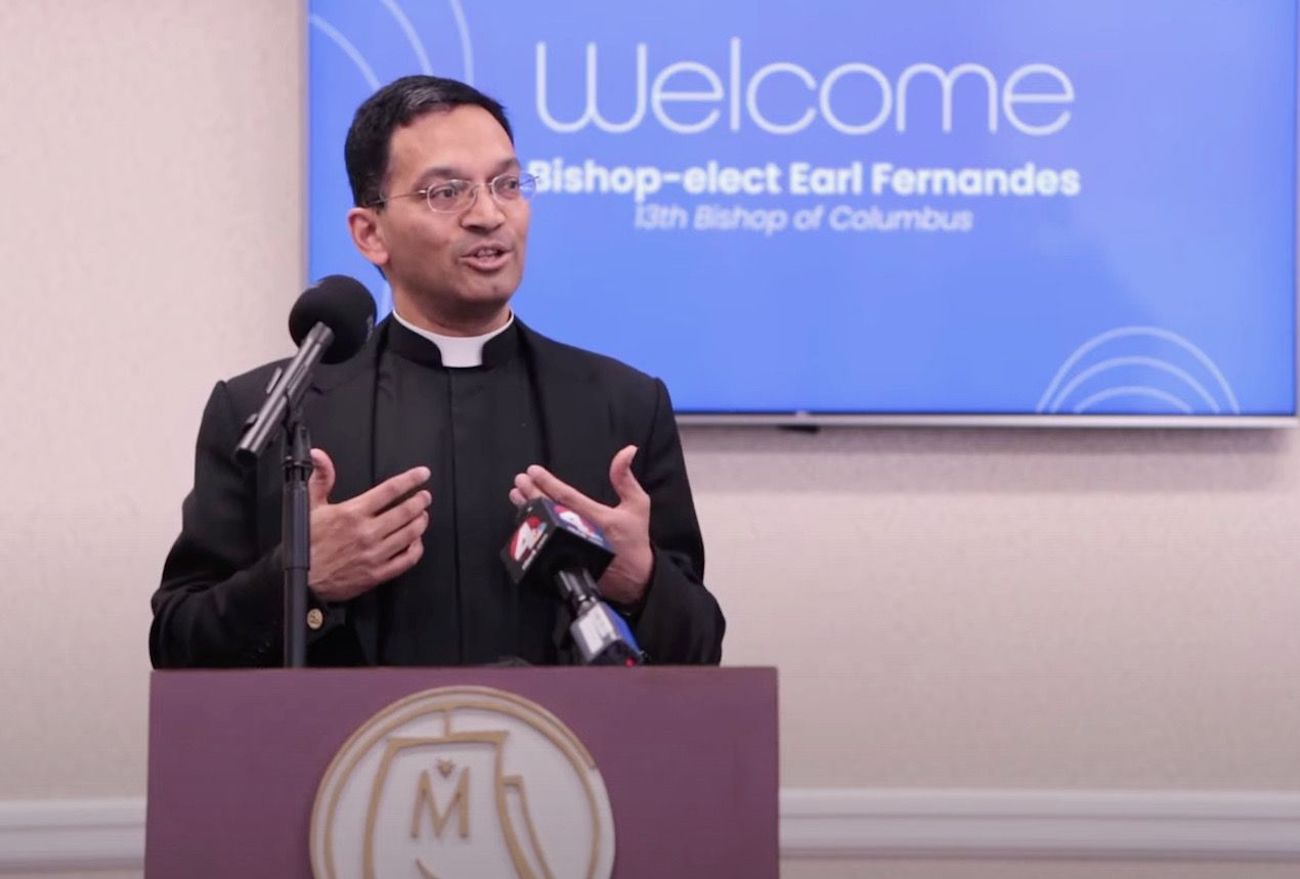 The Roman Catholic Diocese of Columbus, Ohio has named the Reverend Earl Fernandes as its 13th bishop. He becomes the first person of color in this role and the first Native American bishop in the Catholic Church.

The 49-year-old Ohio native, described by The Columbus Dispatch as “a young and happy priest,” will be ordained a bishop and installed as head of the Diocese of Columbus on May 31. He succeeds Bishop Robert J. Brennan, who leads the Diocese of Brooklyn.

The son of Indian immigrants who arrived in the United States in 1970 with his two older brothers, Fernandes was born in Toledo and grew up in a devout Catholic family in the south of the city, a working-class neighborhood near an oil refinery.

He was ordained a priest on May 18, 2002. Most recently, he has served as pastor of St. Ignatius of Loyola Church in Cincinnati since 2019. He has served the people of the Archdiocese of Cincinnati in many leadership roles during of the last 20 years. years. He also sits on the board of trustees of the Pontifical Josephinum College in Columbus.

Prior to being a pastor at St. Ignatius, Fernandes served from 2016 to 2019 on the staff of the Apostolic Nunciature, the offices of the Pope’s representative to the United States, in Washington. While living in Washington, the “Unite the Right” white supremacist rally in Charlottesville, Va., which left one dead and 35 injured, was an eye-opening experience for Fernandes. “I see myself as a man, a human man, created in the image of God, and everyone I see as a brother and a sister,” he said. “We don’t need to use violence to achieve peace.”

Before becoming a pastor, Fernandes attended the University of Toledo, where he earned a bachelor’s degree in biology, before joining the University of Cincinnati College of Medicine. But he gave up his medical studies to become a priest.

He eventually entered Mount Saint Mary’s Seminary of the West in Cincinnati in 1997 and was ordained a priest in 2002. He then studied at the Alphonsianum Academy in Rome, where he earned a doctorate in moral theology.

He is the published author of a book and numerous articles and essays and has given presentations, lectures and retreats across the country, and has been a regular contributor to the Archdiocese of Cincinnati magazine “The Catholic Telegraph “.

Fernandes comes from a family of doctors. When he was growing up in Toledo, his mother used to pray that he would become “a good boy, a big boy and a doctor like my father”, he said at a press conference on 2 April after his appointment. He spoke of the example of his immigrant parents and his experiences as a victim of racial discrimination.

He spoke of his late father, a doctor, and his mother, a teacher in India who later earned a master’s degree in education and social work and worked at a university, and their dedication to their Catholic faith and to the education of their sons. “They urged their five sons to ‘work hard, pray hard and study hard,'” Fernandes said. to whom I owe the most gratitude are my parents, without whom I would be absolutely nothing,” he mentioned.

He recalled how his mother made sure he and his brothers started their day with a morning offering and carried rosaries wherever they went. When the boys went to visit their father at the hospital where he worked, he recalled, they invariably found him reading in the library or praying in the chapel. “I think I may have learned more about life and faith from my parents when I was 5, watching them pray and praying the rosary every day,” he said, “ which I never did in all my seminary (studies and) doing my doctoral work.

He also mentioned instances where he himself had experienced racial discrimination. “And you kind of understand – I don’t know how to describe it exactly – kind of a warm feeling between embarrassment and rage, and it takes a lot of spiritual and emotional energy to overcome that,” Fernandes said. . “It’s not always as easy as saying, you know, ‘get yourselves together.’

In a 2013 video about his vocation, Fernades describes a life-changing experience as a student traveling through Europe when he visited St. Peter’s tomb beneath St. Peter’s Basilica. “I was completely overwhelmed and overwhelmed, and I fell to my knees and in that moment I knew that God was calling me to be a priest,” he says.

After an assignment at Holy Angels Parish in rural Ohio, he became dean and assistant professor of moral theology at Mount St. Mary’s Seminary and trustee of Sacred Heart Parish in Cincinnati. In 2016, he began a three-year stint on the staff of the Apostolic Nunciature in the United States in Washington, D.C.

The gods of ‘Techtopia’ give and they take away