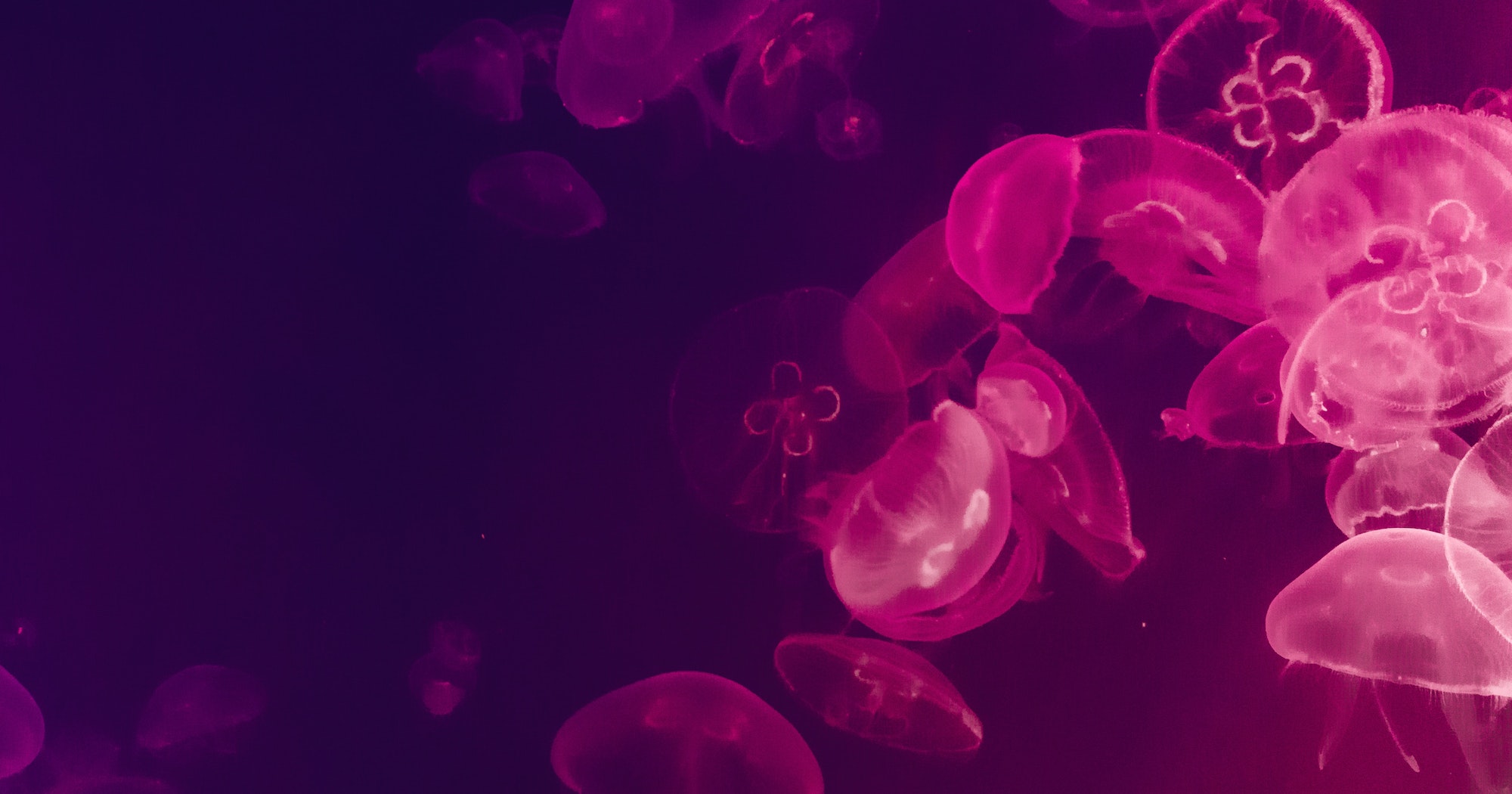 It was a catchy rebuke in the middle of the sermon – the kind to make you sit down in your pew.

“Jesus, having become perfect, continues the preacher, has become the source of eternal salvation for all who obey him. And this Jesus, of course, was appointed by God as a high priest after the order of Melchizedek. . . .”

The congregation does not hide puzzled expressions. He pauses.

. . . Priest of the Most High who blesses Abram?

. . . In what lineage will the Messiah forever serve as a priest?

Maybe if he had said “Order of the Phoenix”, some might have remembered it better, but “Melkitsadek” was hardly familiar.

With that, he leaves his manuscript, walks around his pulpit and looks them in the eye:

On this subject we have much to say, and it is difficult to explain, since you have become deaf. For although at this time you must be teachers, you need someone to re-teach you the basic principles of the oracles of God. You need milk, not solid foods. (Hebrews 5:11-14)

These adult men and women, Christians for some time now, have started well (Hebrews 10:32-34), but still need doctrinal milk, not solid food. Although by now they should have known how the Christian should read the Old Testament, their dull (literally “lazy”) ears made them perpetual students taking the same lectures over and over again. The author of Hebrews expected them to discover messianic treasures, pointing irreversibly to Jesus, in the depths of God’s word; instead, they were still hovering on the surface.

believers on the bottle

Don’t texts like Hebrews 5:11-14 justify forever careful study of God’s word, sincere adherence to all of God’s counsel, happy obedience to the fullness of His teaching? If the specifics of an enigmatic figure in Genesis 14 and Psalm 110—a person many today might be tempted to consider obscure or irrelevant—have their place in the Christian mind, how much more do the more visible points?

Yet how many small groups or Sunday schools or Bible studies in the Western world today know much (if any) about Psalm 110:4 and the priestly order of Melchizedek? Of its significance in relation to the order of Aaron? The question becomes more acute, however, when we ask, How many want to to know? How many of us, because of disobedience and stagnation, become “deaf”?

Some modern minds seem to consecrate ignorance of the intricacies of Christian thought and doctrine as a Christian virtue. The details of Christian dogma that they consider only useful to fracture, inflate or render someone useless in this world. Seminaries, in their opinion, are better called “cemeteries”, because higher education is the place where passion and love go to die.

God’s truth—that tenacious, imperishable reality that will outlast the stars—has had a hard time with them. They do not wish to draw intrusive lines, and moreover, they believe it is a very charitable and beautiful thing in the world. They seem quite proud of their non-denominational, non-doctrinal, non-distinctive and non-dividing faith. This, they say, is Christianity at its best. Death, they cry, to going around in circles in endless debates over texts and theological jargon. Let’s go back to what Jesus gave us: a religion of love.

So many fights already exist; they preach unity. Everywhere they see bitterness and rage; why should they argue? The most expedient thing to do, in a world of conflicting opinions – especially about religion – is to throw overboard the particularities of Christian interpretation and, in some cases, religion itself.

“Carried away by an imaginary liberality and charity”, wrote JC Ryle in 1877, “they seem to think that everyone is right and no one is wrong, every clergyman is sound and none is bad, everyone will be saved and no one is going to be. lost. Their religion is made up of negatives; and the only positive thing about them is that they don’t like the distinction and think all extreme, decided and positive opinions are very mean and very wrong! » (Holiness278).

What it means that God predestines to salvation, that Christ is the only way, that you must be born again, that by the works of the law no one will be justified, that God’s purpose involves differences between men and women – seems so small from their nobility perch. They faintly hear the fighter chirping about particular views, but what does it matter to them? Catholics, Protestants, “spiritual but not religious”—they see nothing really all different in the end. Different shades of gray, they might call it.

They like the doctrinal milk, like the first year. Their vague creed of love keeps them away from controversy, from laborious study, from the love of God with “all their minds”, from such “trivialities” as the order of Melchizedek, in fact, from the Bible itself. -even, beyond a favorite. verse or two. And some think it’s After Christian because it promotes unity better, or is thought out, than a religion full of doctrinal details.

“Christian teaching separates the goats from the sheep, the unhealthy from the healthy, the dead from the eternal.”

But what about our unity? It is precious, “good and pleasant” (Psalm 133:1), a gift from above that is not based on vague spiritualism or good vibrations; real unity does not seek to discover the few things that can be believed. No, we embrace, teach and love all of God’s counsel. The love of others feeds on doctrinal meat; through Scripture, all Scripture – without abbreviation or excuse. As we confess in the Affirmation of Faith Desiring God, “Our purpose is to encourage sincere adherence to the Bible, to the fullness of its truth, and to the glory of its Author” (15.2). This alone “stabilizes the saints in the winds of confusion and strengthens the church in its mission to confront the great systems of false religion and secularism”.

We will not agree with a man on every point; certain distinctions will separate some of us from the particulars of weekly communion. But even then, as a Church, our greater unity in Christ makes our unity stronger than it ever could have been in lies, error and apathy, clinging to the smallest common denominator, rather than turning our souls to the word of God as supreme, and then finding out who our comrades are.

Our souls need more than a little truth, a little light, a little belief. Our souls need a feast of pure meat and holy potatoes to prepare us for the trials of life. Theological minimalism of milk and water can sustain infants, but not for long.

“Our souls need more than a little truth, a little light, a little belief.”

“We must charge the conscience of these broad-minded men,” as Ryle said, “and demand a clear answer to some clear questions. We should ask them to put their hands on their hearts and tell us if their favorite opinions comfort them in the day of sickness, at the hour of death, at the bedside of dying parents, at the grave of the wife or beloved child. We must ask them if a vague seriousness, without definite doctrine, gives them peace in such seasons” (31).

And our neighbors, co-workers, and family members need to be confronted with important truths, broad beliefs, and a living faith in the living Savior. All of this gives us reason to smile, not frown.

What Ryle calls this spiritual “color blindness”, this “imaginary liberality”, this “boneless, nerveless, jellyfish condition”, this “plague that walks in darkness.” . . a destruction that kills at noon” (328) — cannot be the religion that turned the world upside down.

Note what I say. If you want to do good in these times, you must set aside indecisiveness and adopt a distinct and sharp-edged doctrinal religion. . . . The victories of Christianity, wherever they have been won, have been won by a distinct doctrinal theology; speaking openly to men about the death and sacrifice of Christ by proxy; by showing them the substitution of Christ on the cross, and his precious blood; teaching them justification by faith, and telling them to believe in a crucified Saviour; preaching ruin through sin, redemption through Christ, regeneration through the Spirit; lifting up the serpent of brass; telling men to look and live — to believe, repent and convert. (328)

So dare, Christian, to have decided beliefs in this world. Satan and his demons are determined. The world is concrete in its credo. False teachers are bold in their belief. Those who attempt to discreate the reality of God are firmly concluded. Won’t we be?

And in such courage, we will not find ourselves alone but flanked — true comrades, with whom we will then taste true unity.