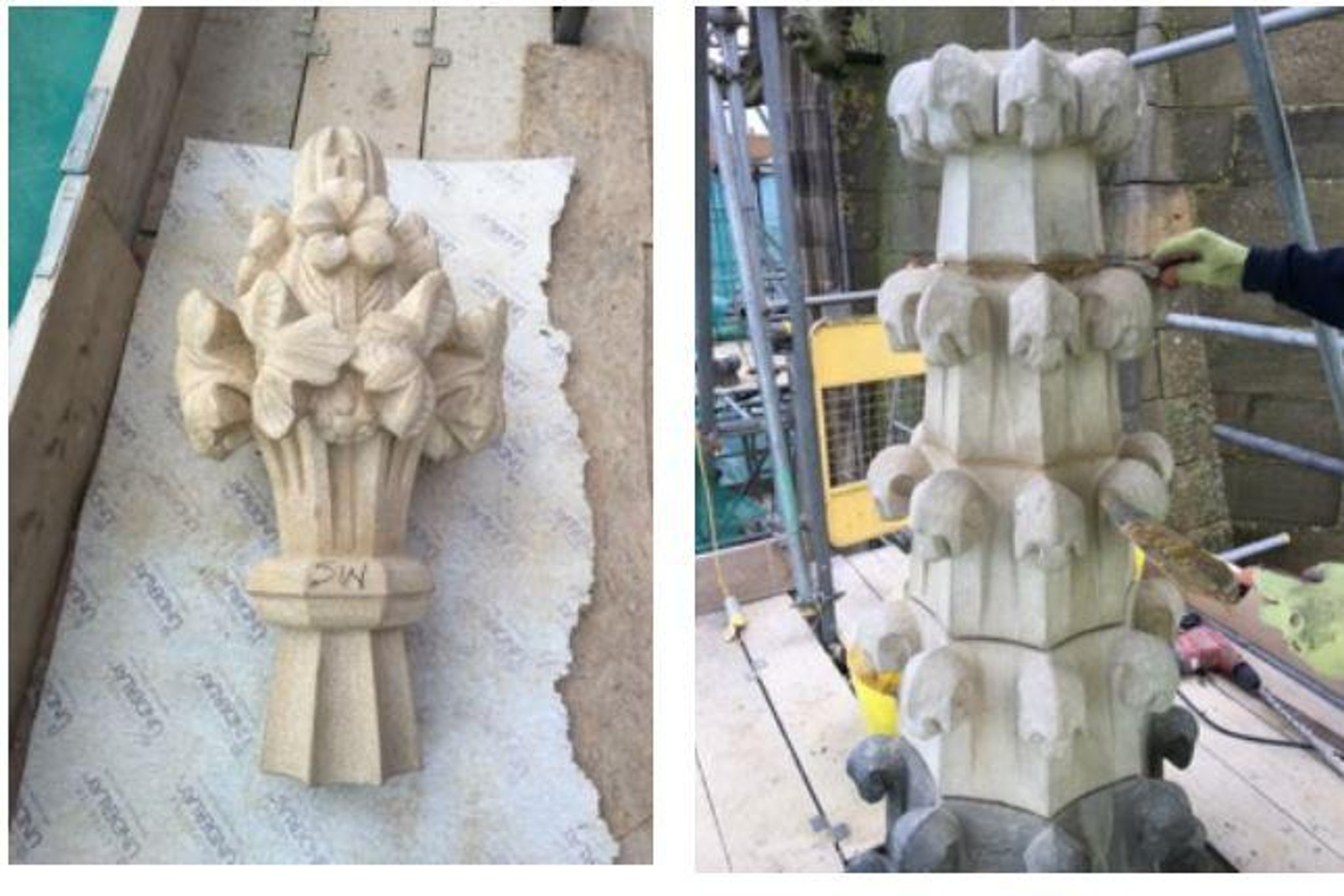 It was last summer when specialist scaffolding was installed on the 10ft tower so work could begin on restoring the four ornate pinnacles of the cathedral which opened in 1859.

Heritage Conservation Restoration Ltd of Ashton under Lyne, who recently worked on an extensive restoration of St Joseph’s RC Church in Skerton, were called in to deconstruct the pinnacles, which involved replacing the corroded iron rods with stainless steel and carve new stones to replace the one that had worn out.

During work on the tower, it was noticed that the spire louvers were also in need of restoration.

Register to our daily newsletter

The newsletter mute the noise

The pinnacles of the cathedral being restored. Photo by architect Robert Harrington.

It is hoped that the last of the scaffolding, which withstood recent storms Eunice and Franklin, will be removed in the coming weeks.

The dean of the cathedral, the Very Reverend Stephen Pearson, said: “The workers have been very respectful to work in a holy place. The attitude towards their work is exemplary.

It was a Roman Catholic parish church until 1924, when it was elevated to cathedral status. It started as a mission church in 1798, and the current church was built on a different site in 1857-1859.

The cathedral is a Grade 2 listed building designed by Lancaster architect Edward Paley and considered one of his masterpieces. Its style was based on English Gothic churches of around 1300 and its 240ft spire makes a dramatic impact on the city’s skyline.

The current restoration to the exterior is just one of many recent improvement projects that have taken place at the cathedral at a cost of over £250,000, most of which comes from fundraising and donations.

Other improvements include the installation of new emergency lighting and a new alarm system.

More money is to be raised for the final project, the decoration of the interior of the cathedral, which was last carried out in 1994. It is hoped that this work will be completed by summer 2024 when the diocese of Lancaster will celebrate its centenary.

One of the pinnacles of the cathedral being dismantled. Photo by architect Robert Harrington.
The tower and spire of Lancaster Cathedral are among the city’s landmarks.

LETTER: Unfair use of property collected by Catholic parishioners in NL to compensate victims of sexual abuse: priest