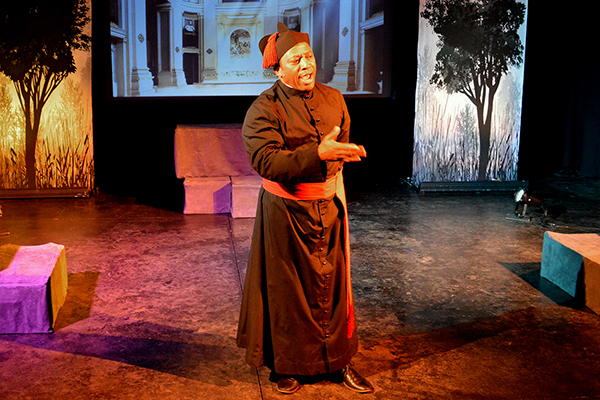 At the end of this month, the Cathedral of the Immaculate Conception in Camden will host a live presentation of “Tolton: From Slave to Priest”, focusing on the life and testimony of Father Augustus Tolton, the first African American ordained to the priesthood in the United States and one of six African Americans currently on the path to sainthood.

The event will begin at 7 p.m. on February 28 and is sponsored by the Oblates of St. Francis de Sales, Cathedral Parish and the Diocese of Camden Black Catholic Ministry Commission.

Organized by Saint Luke Productions and filled with music and drama, the live show of Perseverance and Faith will bring professional acting, lighting, sound and sets to the cathedral to tell the story of Father Tolton.

Born into slavery in Missouri in the 19th century, he and his family fled to the Free State of Illinois. He desired to be a priest, but encountering racial prejudice and finding that no American seminary would take him, he instead left for priestly studies in Rome. At the age of 31, he was ordained a priest on April 24, 1886, in the Basilica of Saint John Lateran. Expecting to serve in an African mission, he was instead asked to return to the United States to serve the black community; his first mass in the United States was celebrated in New York.

Father Tolton “shows us a path to holiness,” said Father John Fisher, OSFS, Rector of the Cathedral of the Immaculate Conception, adding that “in the midst of setbacks and prejudice, the grace of God can still overcome [all] and inspires us to create a healthier, vibrant and welcoming church.

For over three decades, Saint Luke Productions has presented professional theatrical dramas, DVDs and feature films about the life of Christ and the saints to over one million people in the English-speaking world. Jim Coleman, who has appeared in national commercials and in roles such as Roger Parker on Nickelodeon’s hit show “My Brother and Me,” is set to portray the titular character.

“Father Tolton’s story needs to be told,” Coleman said. “As a black man, this very important part of the story is something I want the world to hear about. I feel truly blessed to be the one to share Father Augustus Tolton with all who will listen.

The Cathedral of the Immaculate Conception is located at 642 Market St., Camden. There will be secure parking and admission is a free will offer. The event is suitable for people aged 10 and over.

Call of the Bishop to the Cathedral Club