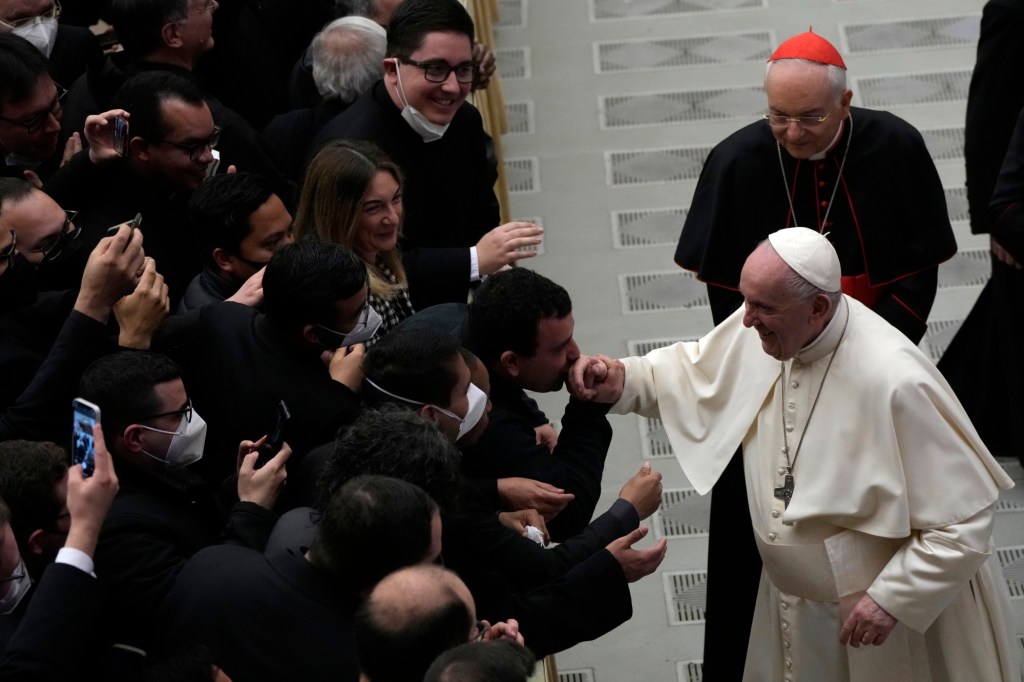 LOS ANGELES – Bells rang at Our Lady of the Angels Cathedral in downtown Los Angeles and many other Catholic churches in the Archdiocese of LA at 9 a.m. on Friday, March 25 – inviting the community to participate at a special moment of prayer, the Solemnity of the Annunciation of the Lord.

The bells rang 29 times to mark 29 days since the Russian invasion of Ukraine began on Feb. 24, according to a spokeswoman for the archdiocese, which includes Los Angeles, Ventura and Santa Barbara counties.

Ringing the bells was one of the ways Bishop José H. Gomez invited the priests of the Archdiocese to lead their parishes and school communities to participate in the consecration.

Christ the King Parish in Hollywood held a special dedication mass at 9:15 a.m. Immediately following the mass, students participated in a peace candle-lighting ceremony to commemorate the dedication.

During the ceremony, the students also presented a peace mural created in partnership with Scholas Occurrentes USA, which they created to add their prayers for peace to those of young people around the world.

Scholas Occurrentes USA is part of the global organization founded by Pope Francis when he was Archbishop of Argentina. It seeks to create a culture of encounter and to bring young people together in an education that generates meaning.

The faithful were also encouraged to engage in an act of charity by donating to the special collection run by the Archdiocesan Missions Office, which fully supports the people of Ukraine. More information about the collection is available at lacatholics.org/ukraine-donations/.

Online donations can be made at missionsla.org/product/donate-1312/ and specifying Ukraine Disaster in the memo box.

In prayer, Pope Francis consecrated Russia and Ukraine to the Immaculate Heart of Mary, entrusting their peoples to her maternal care and protection and for an end to war and violence.

“My friends, we are all deeply troubled by the war in Ukraine and the unconscionable attacks on innocent men, women and children in their homes and neighborhoods,” Gomez said in a video message.

“In these times when our world is overwhelmed by the shadow of war, I invite you to enter into this solemn moment of prayer with the Holy Father. With him, let us ask our Blessed Mother to turn her eyes of mercy towards all her children. Let us ask him to intercede with his son, to deliver his children from evil and to grant us peace.

The solemnity of the Annunciation of the Lord refers to the moment when the angel Gabriel visited Mary to announce to her that she would be the mother of the Savior. A solemnity ranks highest among church celebrations and there are 24 days so marked on the annual liturgical calendar.

On this day, the faithful are called upon to help pregnant women. The Hail Mary prayer was created based on the Annunciation of the Lord.