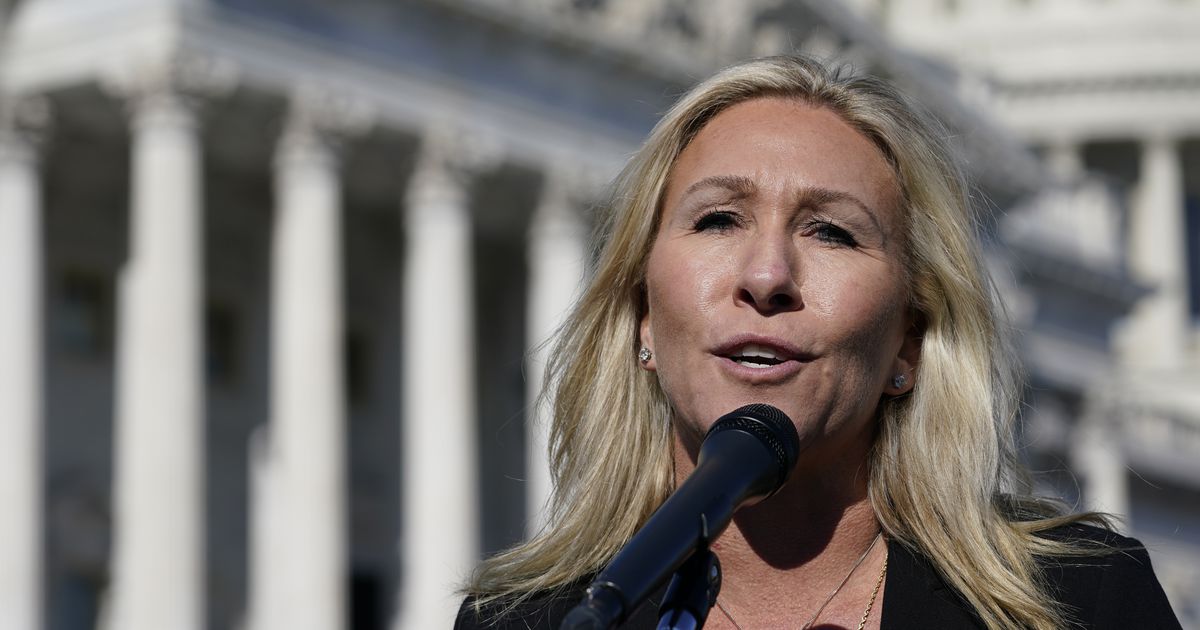 By Leonard Pitts | The Miami Herald

“I was a stranger and you didn’t invite me to…”

A few words about God’s creation.

Last week, Right Wing Watch, the liberal watchdog group, flagged an online video of a recent interview with Rep. Marjorie Taylor Greene by one Michael Voris of Church Militant, a far-right Catholic organization. In it, the Republican congresswoman, whose website touts her “strong Christian faith,” unburdens herself with an opinion that is, to say the least, surprising.

You may be wondering what precipitated such harsh reviews. Was it an act of tax embezzlement? A new scandal of pedophile priests?

In fact, Greene’s anger has been fueled by the idea of ​​Catholic bishops helping undocumented immigrants on the southern border. “Oh, we have to love these people and take care of these migrants,” she says in a mocking song. “Yes, we’re supposed to love each other, but their definition of what it means to ‘love each other’ means destroying our laws. … The true meaning of loving one another … means that you must also obey the law.

This is bizarre exegesis supported by no Bible. On the contrary, Greene’s position invalidates generations of Christian activism, thousands of believers – Martin Luther King being only the most important – arrested for everything from racial equality to climate change, from nuclear weapons to the death penalty. Plus, he ignores that the very founder of the faith was a refugee who was later executed—spoiler alert: that didn’t stick—for allegedly breaking the law.

The member’s misapplication of the faith she claims to uphold should surprise no one. The Bible says that God created mankind “in his own image”. But many presumed conservatives reverse this. They create divinity in their image, a God who thinks and acts like them, who carries their limits and their prejudices, their solipsism and their illogicality, their lying and their persistent fear.

And they cling to this false divinity with fierce vigor. Author Eddy Harris once described a conversation with a white woman from Mississippi whose mother belonged to a whites-only church in the 1960s. The elderly woman was asked if Jesus would have allowed African Americans to worship in his church. “Of course he would have,” she said, “but Jesus would have been wrong.”

In other words, asked to choose between the first directive of her faith – “Love the Lord your God with all your heart and with all your soul and with all your mind…love your neighbor as yourself” – and the miserly nature of her own heart, she chose the latter. Just like Greene. As millions of other putative Christians do daily.

It is not difficult to understand why they create God in their image. If God is like you, it makes life much easier. If God is like you, you are already everything you need to be. So there is no reason to work, challenge, stretch or pray to become a better, more humble, gentler, kinder, more liberal and generous soul. You don’t have to worry about the fate of the stranger, the hungry, the broken, the homeless, the immigrant at the border. If God is just like you, you can be satisfied with yourself and judge instead.

Why not? If God is like you, you are, by definition, correct in all your biases and fears.

But what if God is not?

Leonard Pitts Jr. is a columnist for the Miami Herald. [email protected]

‘Much of what the Catholic Church has built is crumbling before our eyes,’ new bishop says