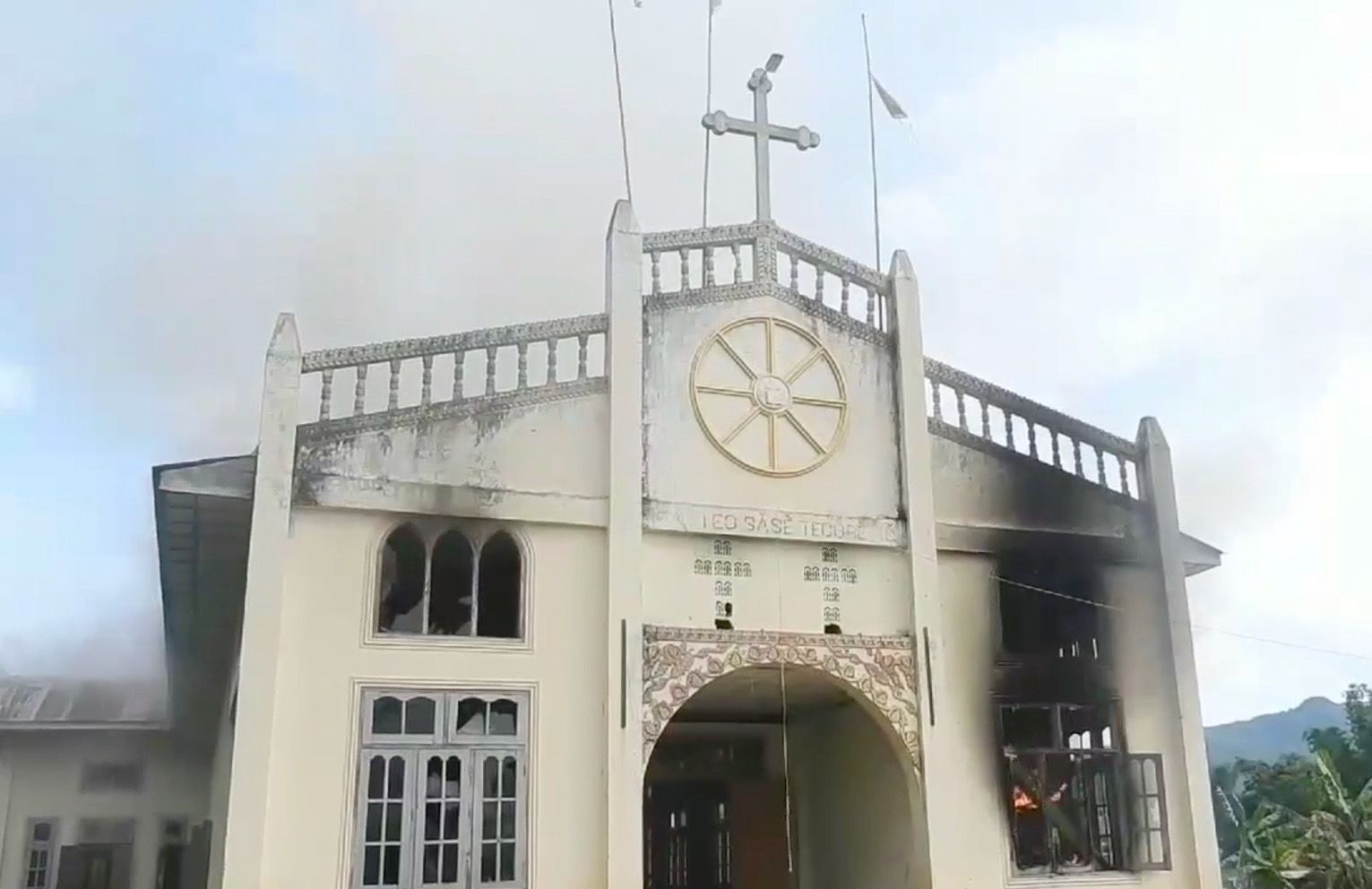 The KNDF video claims to show government soldiers approaching the white church building as smoke and flames billow from the windows. Gunshots can be heard in the background. Images show isolated fires burning in different locations inside the building. You can watch the video here.

Neither the village nor church members or leaders were involved in the local fighting, a source told CNA. The soldiers were reportedly ordered to burn down the church after occupying the building and looting valuables, including food collected for the poor in the area.

The KNDP, one of 11 ethnic armed groups currently fighting the junta, has refused to sign a nationwide ceasefire agreement.

Some 1,900 people have died and another 1 million have been displaced under the junta’s repressive control of the country, Michelle Bachelet, the UN High Commissioner for Human Rights told the UN Human Rights Council in Geneva on Tuesday.