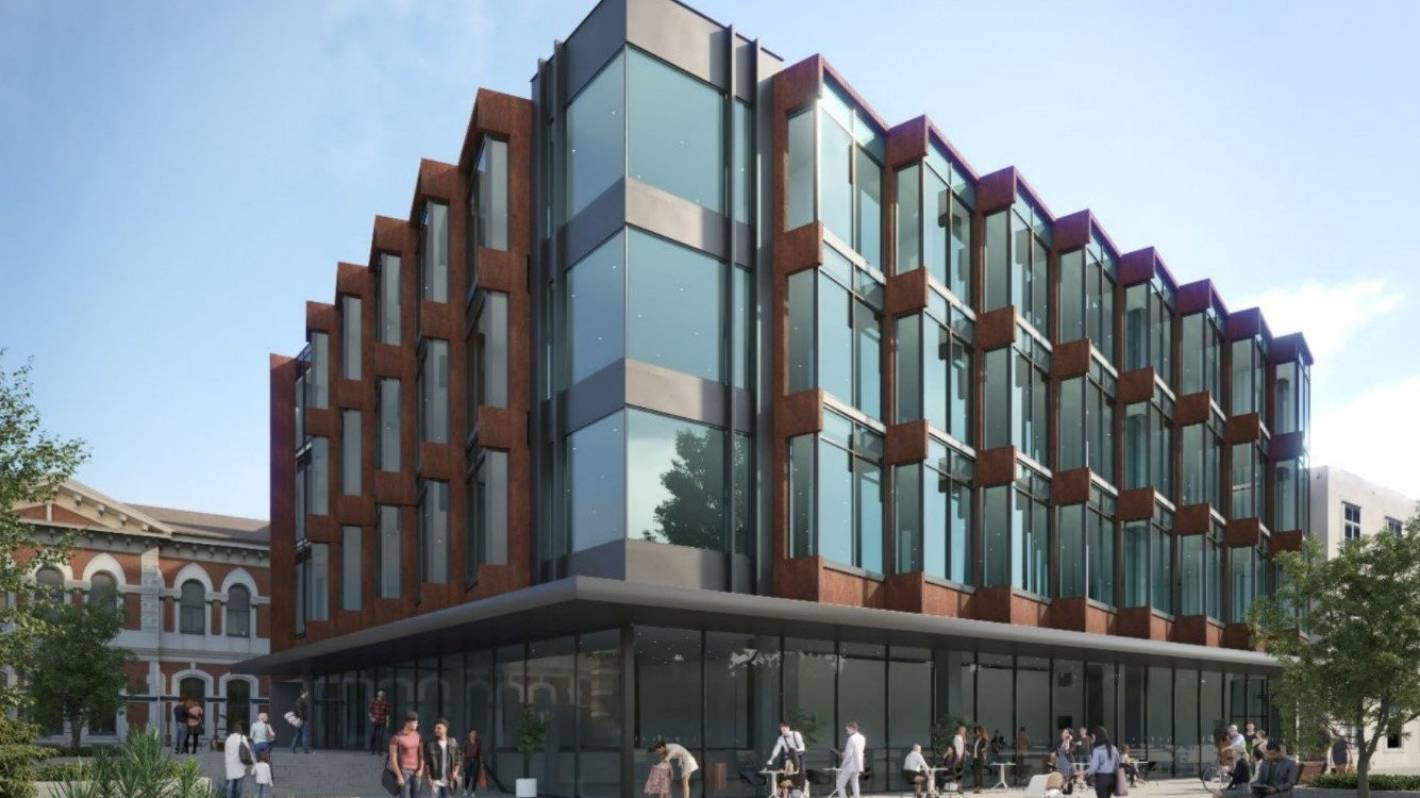 Carter Group building planned for the former site of the Regent Theater in Cathedral Square.

More than a decade after the old Regent Theater in Christchurch Cathedral Square was demolished, plans for a replacement building have been revealed.

The three-story, early 20th-century building with its distinctive corner dome was demolished in mid-2011 due to earthquake damage.

The owner of the building, the Carter Group, wants to build a four-storey office and retail building in its place. The site is now used for car parking.

Documents from the Carter Group’s resource permit application to the city council show a substantial corner building with sloping glass and metal panels.

It would have retail or reception areas on the ground floor facing both east and north, with parking for building occupants at the rear. Upstairs would be three floors of offices.

The 2,000m² site sits on the southwest corner of Worcester Boulevard and Colombo St. It sits next to the heritage Old Post Office Building which is due to reopen later this year as a shopping complex. and visitor center called The Grand.

Comments on the request for consent from an urban design consultant indicate that any development on the site requires “a strong physical presence” as it frames the western side of the square.

The proposed building, designed by architects Wilson and Hill, is consistent with the scale of the former post office building nearby, the design consultant said.

The only commercial building constructed since the earthquakes in Cathedral Square is the Spark building. Two public buildings, the Tūranga Central Library and the Te Pae Convention Center, were built on the north side of the square. Several other sites remain vacant.

The Carter Group, led by Philip Carter, is a major property owner in central Christchurch with properties such as The Crossing shopping complex.

Its planned developments include hotels next to Te Pae, the waterfront area of ​​the Catholic Church, and a reconstruction at the former site of the Quality Hotel on High St.

The former post office in Cathedral Square is being refurbished in preparation for its reopening as a multipurpose reception area. (First published July 2021)