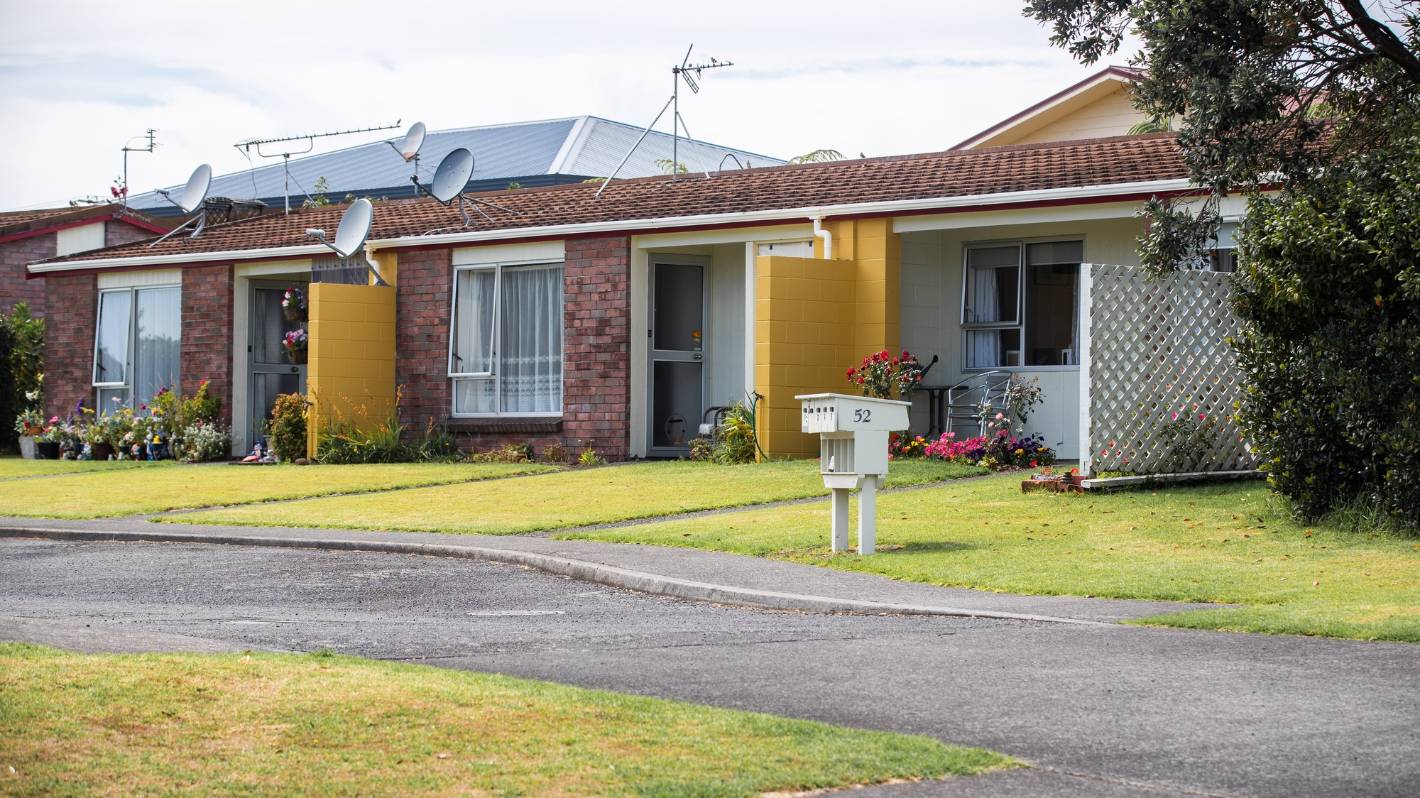 The Wynyard St section is occupied by retirees in nine separate apartments.

New Plymouth ratepayers may have to pay the Catholic Church nearly $2 million for a section of Bell Block they’ve paid just $37 to rent since 1984.

The Wynyard St section, which is occupied by retirees in nine separate apartments and has been independently valued at $1.95 million, has been let by New Plymouth District Council for just $1 a year since the church signed a 40-year lease in 1984.

With the lease about to expire, council approached the church about the future of the land.

Instead of pursuing the lease of the council-built flats, the church offered a land swap – Wynyard St for the Powderham St car park opposite its New Plymouth cathedral – with an additional $250,000.

However, the deal did not appeal to council management given the scarcity of car parks in the city center since the city center car park was mothballed in December 2020 over fears it could be of serious earthquake risk.

The parking demand was highlighted in a report to the council’s strategy and operations committee, with the Powderham St site having a waiting list of 43 for the 46 parks already let.

“Any suggestion to sell this parking lot is likely to generate interest and objection,” the report said.

At Tuesday’s committee meeting, Deputy Mayor Richard Jordan asked if the Catholic Church was showing “Christian values” by asking for the estimated price of the land, while he also asked if they felt a ” guilt” about the process.

By contrast, veteran adviser Harry Duynhoven thought the asking price of $1.95million was ‘relatively modest’ given there was an opportunity to build more homes for the elderly given the size of the lot. of 3585 m².

“I’m a little surprised at Deputy Mayor Jordan’s view that the church should feel guilty,” he said.

Duynhoven found support from councilor Murray Chong, who thought it was “a very good price” for the land, which would be ideal for putting converted shipping containers into housing for the elderly.

He was also keen to know what return the council received from the property.

When the subject moved on to a possible land swap, Councilor Colin Johnston said he was totally against the possibility.

“We cannot lose the Powderham St car park. It is an asset that we must retain.”

Reviewing the report, Councilor Marie Pearce was “really very surprised” that the Bell Block retirement apartments were the youngest on the council’s books because “they are quite old”.

Nevertheless, she believed that the land was not overvalued. “It’s actually good value for money.”

Ultimately, councilors backed the recommendation to buy the land, with a final decision to appear before the full council on March 8.

Although there was a clear majority for it, adviser and committee chair Stacey Hitchcock said the decision would likely be debated further at that meeting.